HS2 protesters climb onto office block next to Euston

If NPR were scrapped it would infuriate Conservative MPs who won in the red wall seats in the north of England and will be seen as a betrayal of promises made to invest in the region.

Insiders have claimed that Department for Transport (DfT) officials would rather money was sunk into Crossrail 2 in London instead of the north of England.

Any decision to scrap NPR could have a major impact on the Batley and Spen by-election in Yorkshire where the Tories are hoping to take a seat off Labour.

But it also comes in the wake of fury over HS2 being stoked up after voters in Chesham and Amersham gave the Conservatives a drubbing.

The Lib Dems turning a 16,223 Tory majority into an 8,028 majority for them after tapping into anger over plans to build HS2 through the constituency.

The original plan for NPR was for a new line to be built linking Manchester to Leeds via Bradford which would have a major new station.

It would eventually branch to Newcastle and Hull giving the region its first east to west coast to coast link. 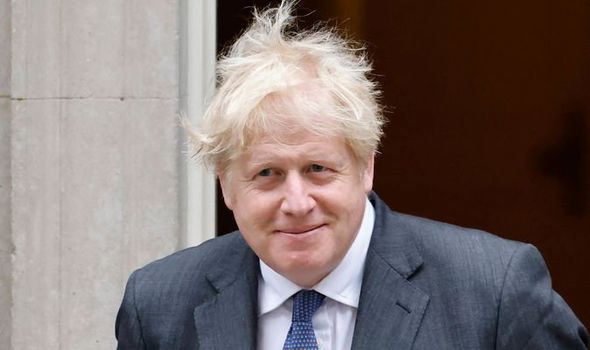 But the Sunday Express has been told that Treasury and DfT officials and ministers are set to meet in the Treasury on Monday to effectively kill the project.

Instead the green light would be given to a series of upgrades worth around £10 billion on the “Dingle route”, including the electrification of the transpennine line between Manchester and Leeds.

This will involve building a new hub station in Huddersfield which will see hundreds of homes in the Yorkshire town compulsorily bought and demolished.

One civil service source said they feared that it would be claimed that electrification was the promised NPR, whereas in fact it is a different and cheaper project.

Last night the Department for Transport did not comment on the NPR claims but said the £158b claim on the HS2 cost was “unsubstantiated and incorrect”.

A DfT spokesman said: “The Integrated Rail Plan will soon outline exactly how major rail projects, including HS2 phase 2b, the Trans Pennine Route Upgrade and other transformational projects such as Northern Powerhouse Rail, will work together to deliver the reliable train services that passengers across the North and Midlands need and deserve.”

Philip Davies, Conservative MP for Shipley near Bradford and co-founder of the Blue Collar Conservative Movement, warned Boris Johnson not to go back on his promises. 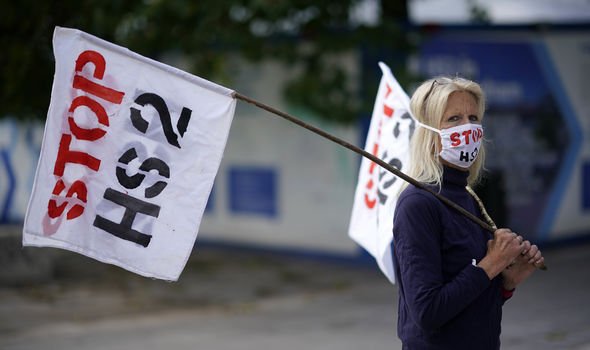 “The government have repeatedly made clear that Northern Powerhouse Rail will be delivered and is not under any threat at all and, along with other northern MPs, we will keep their feet to the fire about that.”

Tatton MP and former cabinet minister Esther McVey, another Blue Collar Conservative founder, added: “Given the spiralling costs of HS2, it is time the government put the project out of its misery and pulled the plug on it. Instead it should crack on straight away with Northern Powerhouse Rail which has the potential to truly transform the economy of the North.”

Meanwhile, Labour will attempt to heap pressure on the Prime Minister over his planning reforms after the Tories’ by-election defeat in Chesham and Amersham by calling on backbench rebels to support the opposition in a Commons vote.

Sir Keir Starmer’s party has tabled a debate calling for the Prime Minister to change one of the most controversial proposals by giving communities greater oversight of planning applications.

Senior Conservatives have increased their warnings over the proposed reforms after the Liberal Democrats snatched the Tory stronghold of Chesham and Amersham this week.

Labour’s Opposition Day motion on Monday will not be binding on the Government but the Prime Minister would be under pressure to rethink his proposals if a significant number of Tories vote with Labour.

Shadow communities and local government secretary Steve Reed said: “Good development can only happen when developers and communities work together, but the Developers’ Charter will gag local residents from having their say.

“Developers will be set loose to bulldoze and concrete over neighbourhoods and green spaces at will.

“Voters have shown Conservative MPs what they think of the Developers’ Charter. Those MPs now have the chance to join Labour in voting to kill off these perverse reforms once and for all.”

Conservative Party co-chair Amanda Milling said the “concerns about planning and HS2 were loud and clear”.

“I am in no doubt that this result is a warning shot,” she wrote in the Telegraph, adding “the people have spoken and we have heard them”.