George Eustice denies issues with lorries being held at borders

No longer bound by Brussels rules, the Government has said it wants to strengthen protections. The plans include banning the live export of animals for slaughter and fattening and boosting the welfare of farm animals as they are transported.

The proposals are far stronger than measures adopted in the EU, with the trade bloc thought to be responsible for up to 80 percent of all live animal exports.

Data from the UN’s Food and Agricultural Organisation indicates 1.8 billion live chickens, pigs, sheep, goats and cattle were transported across the globe in 2019, with more than three quarters of the exports coming from the EU.

Despite repeated calls from campaigners, Brussels has shown no plans to implement a ban on live exports.

Activist organisation PETA has described the practice as “barbaric cruelty”. 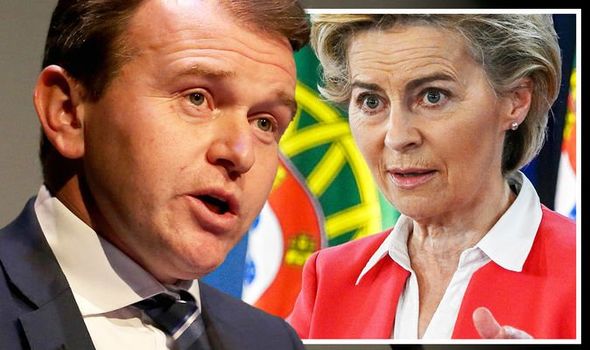 Environment Secretary George Eustice said Britain was a “nation of animal lovers” and the plans would reinforce the UK as a global champion of animal welfare.

A new ‘Animal Sentience Bill’, which will be presented in Parliament tomorrow, will also recognise animals are receptive to emotions and feelings of pain.

“It’s always been recognised in this country that animals are sentient beings, that’s been implicit since at least 1822 when we introduced the first Cruelty To Cattle Act and all others since then,” he told Radio 4’s Today programme this morning.

“We said in our manifesto we would introduce a Bill to recognise animal sentience formally, and that’s what we will do.

“But also in this Bill, we will be establishing a new animal sentience committee that advises the Government on its policies, areas perhaps where we should do more and also as we develop policy, making sure we get it right.”

The UK has also committed to ensuring animal welfare standards are not watered down as part of any new trade deal agreed in future. 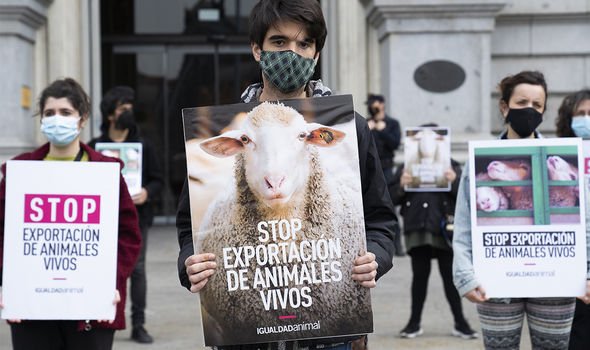 In 2019, the then-Labour leader Jeremy Cornyn repeatedly claimed the Government was planning to use Brexit to increase imports of meat produced in the US at lower welfare standards.

While the plans have been praised by campaigners, the legislation will only affect England, Scotland, and Wales.

The increased protections on the transport of animals will not apply to Northern Ireland, which is effectively still a part of the EU single market as part of the Brexit withdrawal agreement.

Under the deal, Boris Johnson agreed to the Northern Ireland Protocol which requires customs checks in the Irish Sea to avoid a border on the island of Ireland. 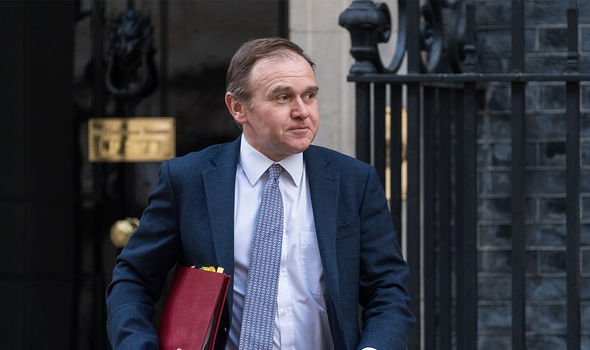 It means while trade between the EU and Northern Ireland can flow freely under Brussels rules, there are barriers to the UK’s internal market.

The Protocol has caused frictions in trade between Britain and Northern Ireland, and has angered many Unionists.

“It’s clear from my visit that the Protocol is presenting significant challenges for many in Northern Ireland,” he said.

“Businesses have gone to extraordinary efforts to make the current requirements work, but it is hard to see that the way the Protocol is currently operating can be sustainable for long.

“We’re committed to working through the issues with the EU urgently and in good faith.

“I hope they will take a common sense, risk-based approach that enables us to agree a pragmatic way forward that substantially eases the burdens on Northern Ireland.

“Solutions must be found rapidly in order to protect the Belfast (Good Friday) Agreement in all its dimensions and to minimise disruption to the everyday lives of people in Northern Ireland – as the Protocol itself requires.”