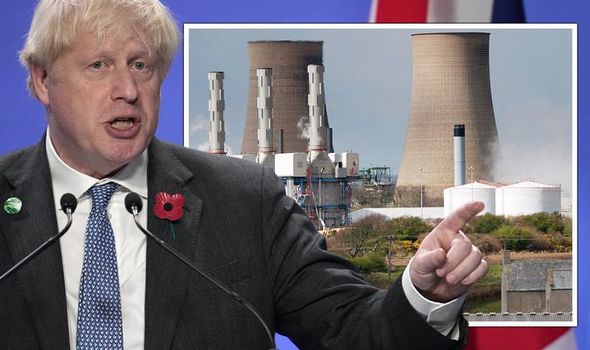 The Independent Business Network (IBN) argues in a new report that over the long-term nuclear energy is the cheapest low carbon source of electricity.

The IBN points to pro-nuclear France which has slashed emissions per unit of energy at a rate six times faster than that of Germany which has focused on solar and wind schemes.

The French strategy is also much more affordable for taxpayers, the IBN says.

The business group is also calling on the Government to abandon its moratorium on fracking, arguing that it has “huge potential” to provide a bridge to Britain’s zero-carbon future.

Chairman of the Independent Business Network, John Longworth, said: “What the country needs is a strategy to get us to net zero that is sympathetic to both the needs of the planet and the economy.

“The Government’s current programme is predicated on pandering to the melodrama of eco-alarmists like Greta Thunberg and Pierce Corbyn. We need to take the most cost-effective route to net-zero not the most fashionable. The numbers speak for themselves: we need to go nuclear and get fracking. Nuclear may not look cuddly, but it’s cost-effective, green, safe, and secure. Unlike wind, we can predict, with accuracy, how much electricity will be delivered to the national grid on any given day.”

On shale gas, he added: “Rather than having to rely on gas from Vladimir Putin who’s not renowned for his reliability, we could be producing it here and finally delivering British jobs for British workers… rather than Russian ones.”

The report comes as it emerged that British Airways plans to launch the first commercial flights powered by sustainable jet fuel next year as part of a green revolution in air travel.

Green jet fuel produced in the US could be blended with conventional fossil fuel to power BA’s fleet.

The airline is also working with fuel firms on four projects to produce green jet fuel in the UK, which could power its planes from 2025.