Post-Brexit trade talks between the UK and EU could slip beyond tonight’s deadline, the foreign secretary has suggested.

Speaking to Sky News’ Sophy Ridge On Sunday, Dominic Raab said “I can’t close the door” on that possibility but admitted “there is still a long way to go” before an agreement is possible. Both sides have said today is when the leaders will decide either to carry on trade talks or abandon them. Officials have already started work again in Brussels.

Mr Raab suggested the negotiations could carry on – as the clock ticks down to 31 December when the transition period ends. “If we’re 99% there on the outstanding issues, you wouldn’t want to leave any stone un-turned, but I think it’s quite a high bar,” he said.

Mr Raab, who said earlier this week that Sunday would be a “point of finality”, added now it is getting to the “eleventh hour” so what needs to happen is “moving the political logjam”.

“That can only happen at the political level of prime minister and Commissioner Von der Leyen,” he explained.

But Arancha Gonzalez Laya, Spain’s foreign minister, said she had “difficulty understanding” why Britain is refusing to accept EU demands on fishing. 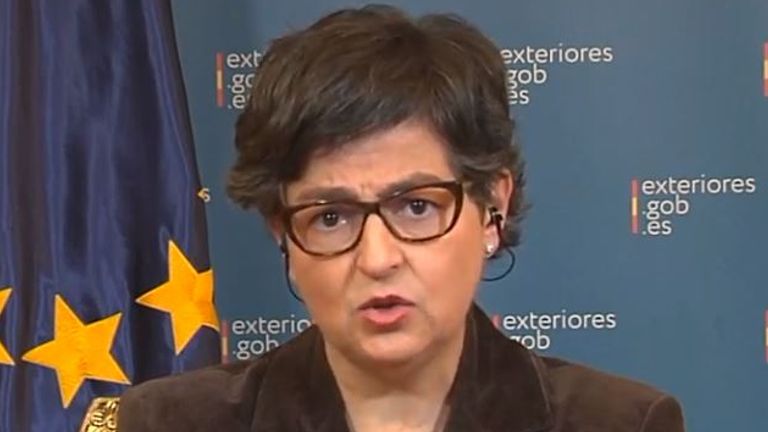 “No-deal in the current circumstances would be extremely negative for our economies,” she told Sky News.

“The UK will suffer even more than the EU. We both will suffer, more on the UK side, which I think is something we should try to avoid at all costs.”

Sir Ivan Rogers, Britain’s former EU ambassador, also said he thought it was unlikely today would be the deal or no-deal moment.

And Labour’s shadow communities secretary Steve Reed said people voted at last year’s general election to “get Brexit done” because “they’d had enough of four-and-a-half years of going round and round in circles”.

He added: “They want this ended; they want confidence and security that we can move our country forwards.

“A no-deal Brexit would simply see the negotiations re-started again next month, only Britain would be in a far weaker position.

“So Boris Johnson needs to do what he told the country a year ago he was ready to do and get Brexit done.”