The EU’s former chief Brexit negotiator was addressing the EU Parliament ahead of the final vote on the deal he reached with Boris Johnson last December. Mr Barnier made a candid admission during the European Parliament’s plenary session on Tuesday. He described Brexit as a “failure” of the European Union and warned the gathered MEPs and Eurocrats that lessons had to be learnt from Britain’s decision to break from Brussels.

Mr Barnier said: “This is a divorce. It’s a warning Brexit and it’s a failure.

“A failure of the European Union and we must learn lessons from it.”

Mr Barnier also urged both sides to move on from the division of the past four years citing Labour MP Jo Cox, who was murdered ahead of the Brexit referendum in 2016.

He noted: “There is more that unites us than divides us.” 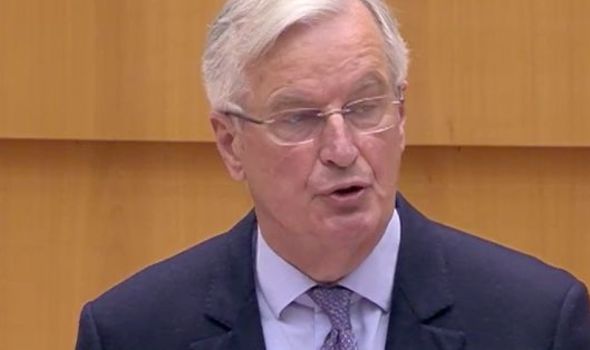 He continued: “Why did 52 percent of the British vote against Europe?

“There are reasons for that social anger and tension that existed in many regions in the UK.

“But also in many regions of the EU.

“Our duty is to listen and to understand the feelings of the people.”