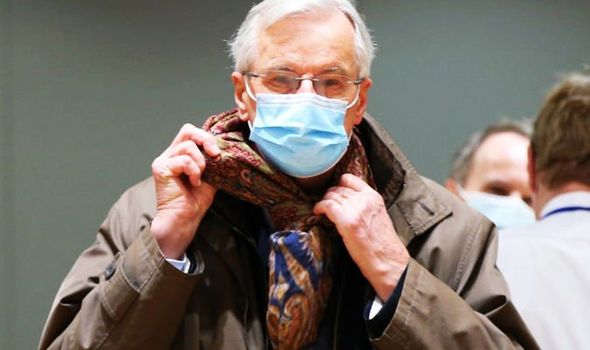 Senior MEPs issued the ultimatum after a meeting with EU Brexit chief Michel Barnier. The Brussels diplomat said EU and UK officials are closing in on a deal but the Parliament’s Conference of Presidents insisted on delivering its warning. An official statement reads: “In this respect, [the EU Parliament] stands ready to organise an extra plenary towards the end of December, in case an agreement is reached by midnight on December 21.”

German MEP Bernd Lange, chairman of the EU Parliament’s trade committee, insisted both sides would have to brace for a no-deal Brexit if an agreement isn’t rubber-stamped by the Parliament.