The Brexiteer is in talks to become joint president of the relaunched Board of Trade but critics have raised numerous concerns, including over his belief that coronavirus restrictions should be lifted. Mr Abbott has previously said that he feels “a bit threatened” by homosexuality, opposed same-sex marriage and was accused of misogyny by fellow former Australian prime minister Julia Gillard.

Labour leader Sir Keir Starmer said: “I have real concerns about Tony Abbott and I don’t think he’s the right person for the job. If I was prime minister, I wouldn’t appoint him.”

And Scotland’s First Minister Nicola Sturgeon said Mr Abbott’s coronavirus views are “deeply offensive and wrong” and he is not fit to be a trade envoy.

But Health Secretary Matt Hancock said the ex-prime minister is an “expert in trade” and said he does not believe Mr Abbott is homophobic or misogynistic, adding: “He has a huge amount of experience.” 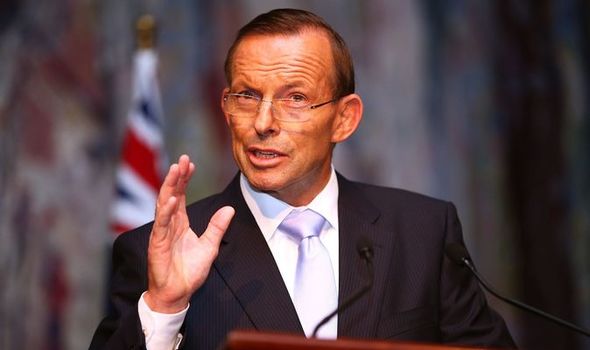 Downing Street insisted that “no decision” on the board’s make-up had been made and declined to comment on the “political debate” about Mr Abbott.

The former Australian prime minister is said to have struck up a friendship with Boris Johnson when the latter was foreign secretary.