The Prime Minister wants a UK-wide blueprint for the festive season that will loosen household-mixing restrictions to permit members from a maximum of three separate homes to gather under the same roof. Ministers are discussing an overall limit on numbers of people – likely to be around 10 – who can gather around the table for Christmas lunch and other festive meals. The talks come as the Government is preparing a toughened three-tier regional regime of restrictions – potentially including stricter rules than before on alcohol sales and household mixing – to replace the current second lockdown across England from December 2.

Mr Johnson’s spokesman said: “We are looking at ways to ensure that people can spend time with close family over Christmas at the end of what has been an incredibly difficult year.”

Talks between Downing Street and the leaders of the devolved governments in Scotland, Wales and Northern Ireland about imposing the same rules over the entire UK for a brief period are said to be making progress.

Debate about the limit on attendees at festive gatherings is continuing amid concerns about discriminating against families with large numbers of children.

Downing Street on Tuesday night confirmed the Prime Minister intends to end the second lockdown in England on schedule next month, although work is still continuing on how the new regional system will function. 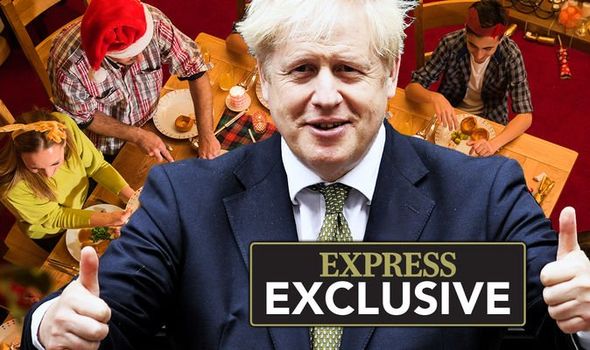 Further restrictions on household mixing and alcohol sales are being considered.

Some sources claim an extra fourth tier of even more draconian rules could be added for areas suffering the worst Covid outbreaks.

But Communities Secretary Robert Jenrick on Tuesday insisted the new regime would mark a “significant easing” of coronavirus measures.

The Cabinet minister said: “The PM and the Government’s hope and very firm expectation is that we will see a significant easing of measures as we move into December.”

Appearing on Times Radio, Mr Jenrick was asked if the Government might be forced to ban indoor meetings over Christmas if Covid-19 cases are still high.

JUST IN: Barnier and EU ‘dripping with sweat’ as negotiations reach ‘breaking point’ 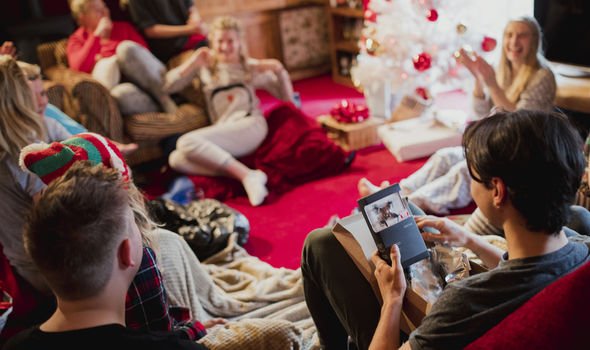 He said: “We don’t know that yet. The hard yards that we’ve done in November were designed to enable most people in England to have a much more normal December so that we can go to the shops, we can use hospitality and, as far as possible, we can be together as families at Christmas.

“We can see from the data that the tiered approach in October and early November was having an impact, particularly in some parts of the country.

“It’s too early to say the true impact of the new national measures because there’s a lag time of two or three weeks, but hopefully by the end of November we’ll be in a position to take that judgment.”

Asked about the change in restrictions next month, the Prime Minister’s spokesman said: “It’s our intention to bring the tougher national measures to an end on December 2. That will happen in law and we will then move to a regionalised approach again.

“We will set that out to Parliament next week. In terms of the progress which is being made, obviously we will wait to see further data over the course of the next week or so.” 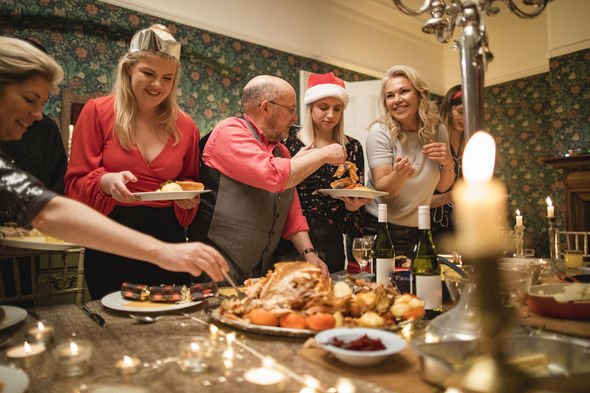 The national ‘R’ infection rate was falling, the spokesman added. He said ministers will study rates of infection, hospitalisation, intensive care occupancy and the overall pressure on the NHS when deciding the new regional regime.

MPs will vote on the proposals before the national lockdown in England ends on December 2 with up to 70 Tories threatening to oppose restrictions if they are considered to have an excessive economic impact.

Mark Harper, chairman of the new backbench Covid Recovery Group of MPs sceptical about further lockdowns, said the onus was on the Government to show the measures balanced curbing the disease with the wider impact on public health and economy.

“MPs will await with interest to see the justification the Government sets out ahead of the debate,” he said.

Health Secretary Matt Hancock yesterday told MPs it was “too early” to say what measures the Government will implement following the four-week shutdown in England.

He pledged to look at a proposal to allocate tiers by districts rather than by county from Tory MP Kevin Hollinrake.

Mr Hancock said: “Throughout the process of the tiered system, we’ve always looked at a level of granular detail whether that be district council-level or indeed at ward-level in some cases to make sure that we have the appropriate measures in the appropriate places.

“Whilst it’s too early to say exactly how we’ll proceed from December 3, that’s a commitment that I can make.”

The discussions about national rules over Christmas follow increasing divergence between the four parts of the UK in the response to coronavirus.

Scottish First Minister Nicola Sturgeon yesterday announced that a total of 11 council areas are to be placed under her government’s highest tier of coronavirus restrictions later this week.

Under the Level 4 restrictions under the Scottish system, non-essential shops will be forced to shut, with bars, restaurants, gyms, hairdressers and visitor attractions also prohibited from opening – although schools will stay open.

Speaking in the Scottish Parliament, Ms Sturgeon said: “I know people are frustrated that other restrictions have remained in place longer than planned but Level 4 is intended to be short and sharp.

“And in this situation, it is specifically intended to have an impact in advance of Christmas and the most challenging winter period.”

A Downing Street spokesman said: “We are looking at ending national restrictions on December 2 and moving to a tier system.

“There will be separate rules for Christmas but no decision has been taken about those yet.”