Mr Corbyn said on Twitter he had been handed the fixed penalty fine as “organiser”.

In the post shared with his more than 31,000 followers, he labelled the protest as an “epic success”.

The new laws consider organised gatherings of more than 30 people a criminal offence.

A flier for the event said that there would be “top doctors and nurses speaking out truth against government pushing fear and ignoring science”. 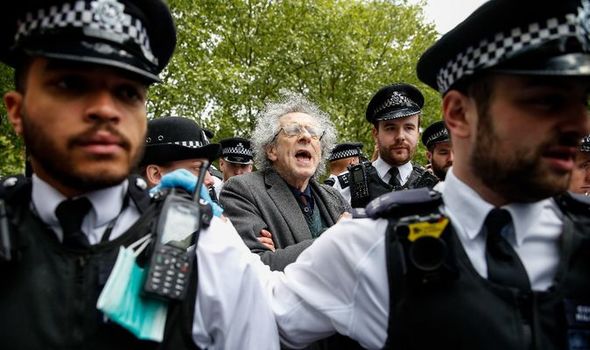 Before conducting arrests, the Metropolitan Police published an open letter advising that anyone taking part in a gathering of more than 30 people may be at risk of committing a criminal offence. 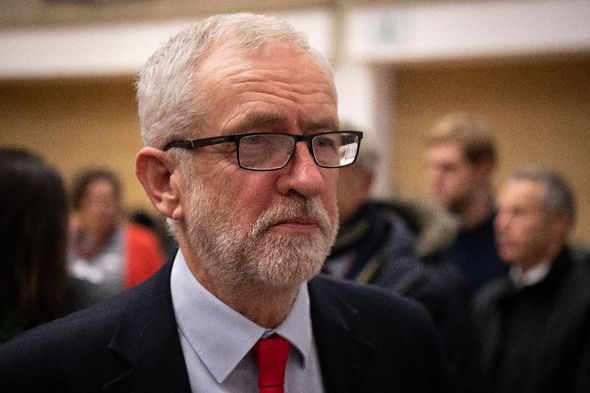 A Twitter statement by the Met Police read: “Police officers are with a group of protesters at Whitehall.

“We have already provided the group with a letter explaining they are at risk of committing a criminal offence.

“We are now asking the group to disperse.”

Explaining later developments in a statement, Metropolitan Police Commander Bas Javid said officers had been working “tirelessly” to remind local communities “that we remain in a health pandemic.” 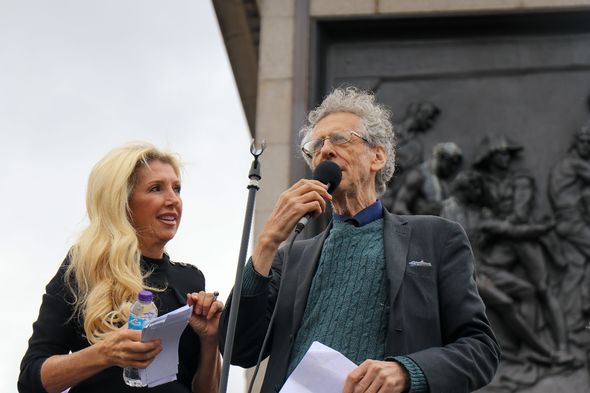 He added: “Our interaction and intervention saw the majority of people gathered disperse.

“Five people have been spoken to in relation to the new legislation.”

Mr Corbyn is an astrophysicist and the Managing Director and founder of WeatherAction LongRange forecasters.

WeatherAction’s website describes the project as: “World Leaders in Long-Range forecasting and backers of #StopNewNormal-SaveLives Campaign.

“We are a business that goes beyond business. 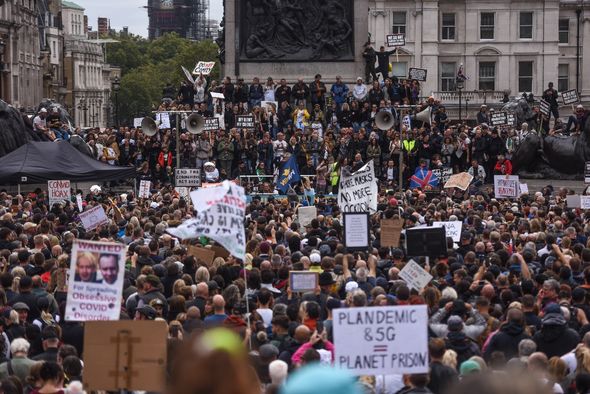 “The world is in very dangerous times; please support the fight for rights, jobs and freedom.

A comment section by Mr Corbin reads: “#Covid19-Alarm has replaced #ClimateChange-Alarm as the main propaganda tool of the megaRich and Mega Corporations for their declared NewNormal / NewWorldOrder world plunder and control scheming to end democracy and destroy Rights.

“These are strange times indeed when a LongRange Weather forecasting company actively discusses such political things; but make no mistake the totalitarian nature of this NewNormal / NewWorldOrder project is THE end of Science and THE end of democracy.

“Both ClimateChange propaganda and CV19 contagion propaganda rely on falsification of data and negation of evidence-based science.”