MP for Leicester East, Claudia Webbe said the rich should be eradicated to deal with climate change and to help reduce the size of the human population across the globe. The controversial socialist made her comments on social media late last night.

Ms Webbe wrote: “Earth is overpopulated; there are too many rich people.

“To solve the climate crisis; the rich must be abolished.”

She made her remarks in response to a UN report which says the world’s wealthiest one percent are responsible for producing double the carbon emissions of the poorest 50 percent.

Justifying her tweet, she added: “Richest 10 percent of the world’s population produced 52 percent of all consumption-based greenhouse gas emissions. 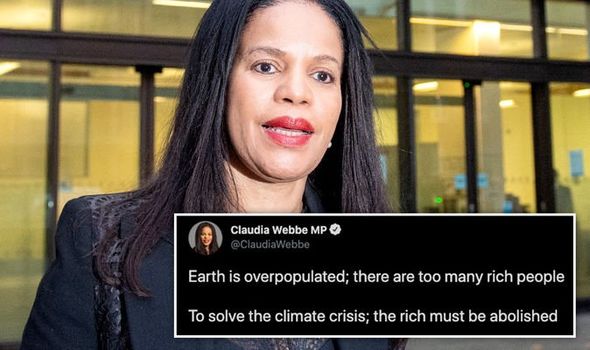 “Eliminating energy and resource intensive lifestyles of the richest would by far rapidly reduce emission.”

The MP has been widely mocked and criticised for the statement.

Conservative MP and leader of the Common Sense Group, John Hayes, told Express.co.uk: “If you have idol thoughts that are weird or worthless, my advice to her as an experienced MP is you’re better to keep them to yourself.”

He added: “Claudia Webbe personifies why Labour is a million miles from the preoccupations, needs, and fears of the British people.

“She shows how far they’ve travelled from the sentiment of the working class. 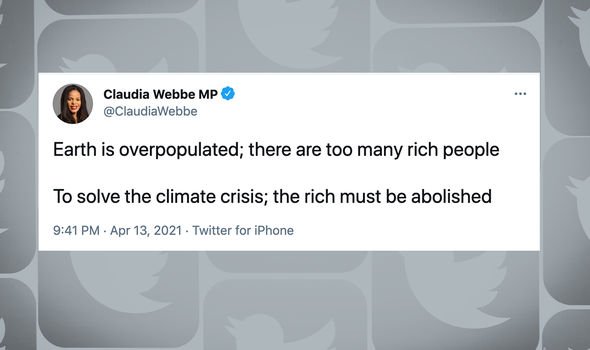 London mayoral candidate and leader of the Reclaim Party, Laurence Fox said on Twitter: “Erm. Sorry to have to break it to you, but you are the rich.

Former Brexit Party MEP, and Daily Express columnist, Patrick O’Flynn added: “The ultimate in levelling down ambition from this Corbynista – no mention of abolishing the poor, just the rich. 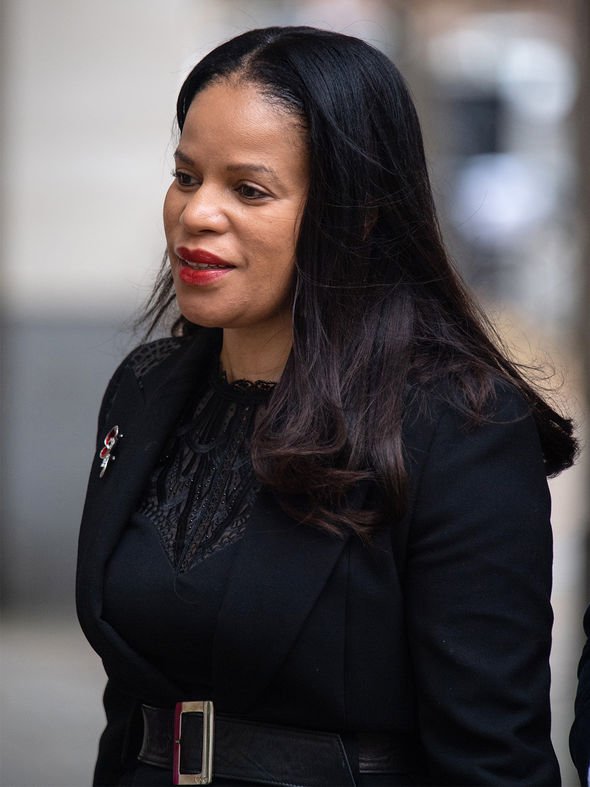 Her comments were made on the same day her neighbouring MP, Andrew Bridgen, wrote to Sir Keir Starmer after a Labour councillor said it was a “pity” Brexiteers had not been “culled” by coronavirus.

Ms Webbe was elected under Jeremy Corbyn’s leadership in 2019 and served on Labour’s ruling executive committee from 2016 to 2019.

However, last year she was suspended from the party after she was charged with harassing a woman.

She has denied the allegations and is set to stand trial later this year.