WASHINGTON (Reuters) – U.S. Democrats and Republicans are near agreement on extra money to help small businesses hurt by the coronavirus pandemic and could seal a deal as early as Monday, President Donald Trump said on Sunday.

Trump told his daily White House briefing on the crisis that Republicans were “close” to an agreement with Democrats, and suggested there could be a resolution on Monday.

“A lot of good work has been going on. We could have an answer tomorrow,” the Republican president said.

Senate Democratic leader Chuck Schumer had said he hoped a deal could be reached on Sunday evening, although he cautioned that many issues remained.

Members of the two parties have been taking shots at one another over the delay in further small-business aid, against a backdrop of protests by Trump supporters of orders for Americans to stay at home, and businesses to remain closed, to prevent the further spread of the virus.

The United States has by far the world’s largest number of confirmed coronavirus cases, with more than 750,000 infections and over 40,000 deaths.

An agreement on an interim deal would end a stalemate over Trump’s request to add $250 billion to a small-business loan program established last month as part of a $2.3 trillion coronavirus economic relief plan. That fund has already been exhausted.

Democratic leaders want more money for small businesses but with safeguards to ensure credit reaches underserved communities. They also sought more funds for state and local governments and hospitals, as well as food aid for the poor.

Republican Senate Majority Leader Mitch McConnell and Treasury Secretary Steven Mnuchin told senators on a conference call on Sunday that additional funding Democrats wanted would not be in the package.

Congress plans to take up another major coronavirus relief measure after the small-business fund is replenished. In a possible precursor, Democratic Senator Bob Menendez and Republican Senator Bill Cassidy said on Sunday they would formally introduce legislation to create a $500 billion fund to help state and local governments respond to the crisis.

Trump told his news briefing that he was in favor of aid to state and local governments, but in future legislation.

House leaders put out a schedule update saying a vote on interim legislation was likely this week, and that the chamber could meet as early as Wednesday.

As they spar with Trump over when to reopen their economies, governors of hard-hit states have said they need more federal funding for increased testing and to cope with the pandemic’s effect on their budgets.

Trump said Vice President Mike Pence would lead a call with all 50 state governors on Monday to talk about further aid.

Mnuchin said on CNN the deal being discussed with Congress would include $300 billion more for the Paycheck Protection Program loan program for small businesses.

He said there would be $75 billion allocated to hospitals and a $25 billion federal program “that can be used with the states with new technology to invest in testing.”

About $50 billion would be added to the Small Business Administration (SBA) disaster loan fund, Mnuchin said.

Nancy Pelosi, speaker of the Democratic-controlled House of Representatives, told ABC’s “This Week” that Democrats wanted to ensure further relief money was reaching “all of America’s small businesses.” 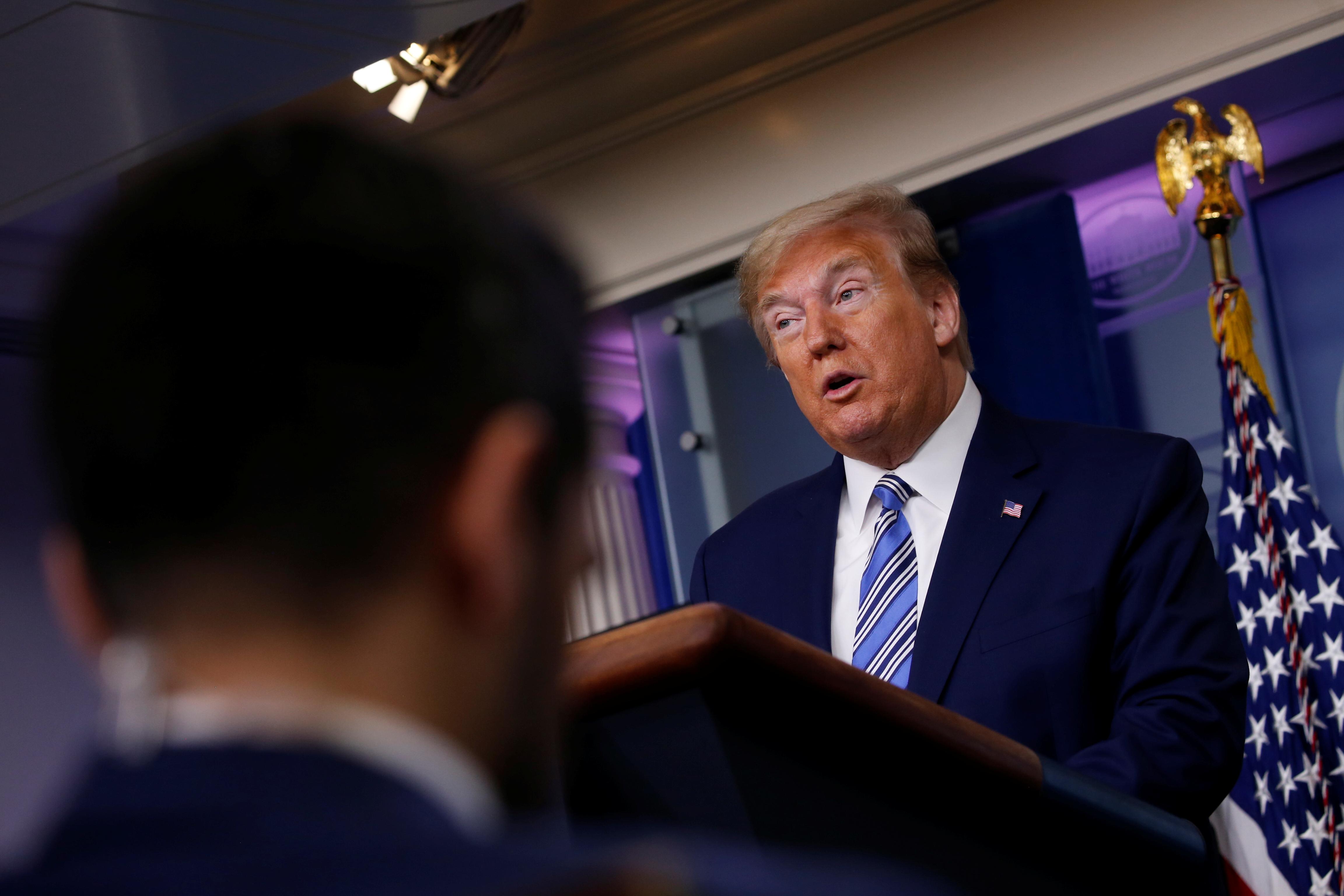 More than 25% of the $350 billion already allocated went to fewer than 2% of the firms that got relief, and they included publicly traded companies with thousands of employees, highly paid executives and hundreds of millions of dollars in annual sales.

“Even if it’s owned by a big chain, it’s devastating, you know,” he said. “I read where my wonderful place in Florida, in Miami, Doral, they had a lot of the employees go because it is essentially closed.”