A deal to unblock travel with France following a shutdown over the new coronavirus variant could come later today, Sky News understands.

The solution would involve rapid turnaround lateral flow tests being conducted on lorry drivers with the help of the military.

More than 1,500 hauliers are queuing on the M20 or parked at Kent’s Manston Airport, following France’s decision to stop anyone entering from the UK for 48 hours due to a new coronavirus variant.

Follow live COVID updates from the UK and across the world 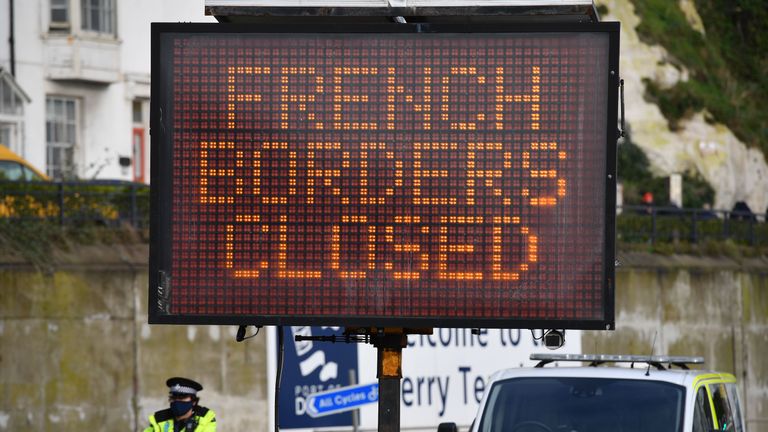 Boris Johnson last night urged people not to panic-buy in the days before Christmas and ministers have been holding more cross-Channel discussions in a bid to ease the trade flow backlog.

The government has been urged to move quickly given the developing serious situation and the effect it could have on imports. 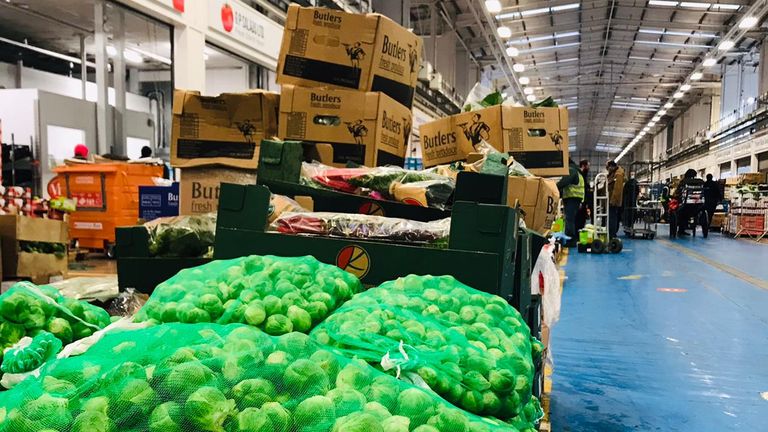 Ian Wright, chief executive of the Food and Drink Federation, said that while shoppers “need have no concerns about food supplies over Christmas”, the consequences could be felt soon after.

“Impacts on local on-shelf availability of certain fresh foods look likely from next week,” he warned. 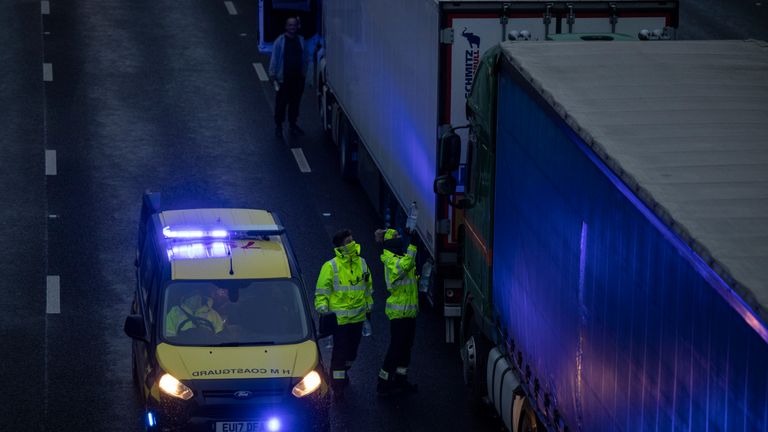 “For most, insurance will not cover these losses, which must be compensated.”

On Tuesday, long lines of lorries stretched through the Kent countryside as, despite pleas for drivers to stay away, they waited in hope the border would soon reopen. 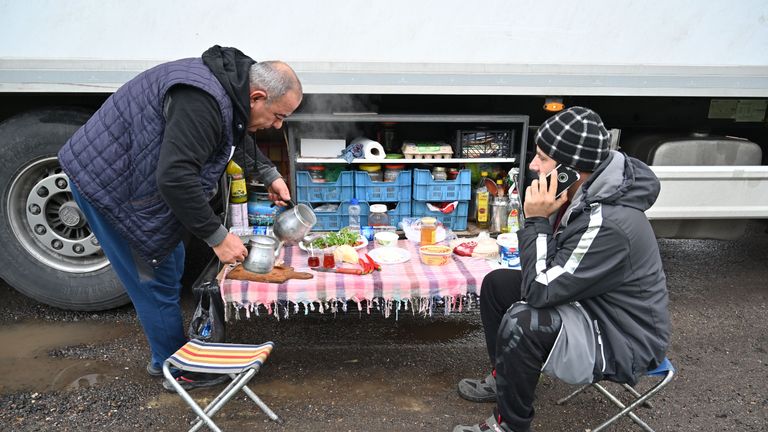 Transport Secretary Grant Shapps urged anyone trying to cross the Channel to avoid the area.

“A reminder to all hauliers that the French have not reopened the border to France,” he tweeted.

“Please do not travel to Kent as you will be unable to cross and may become stuck for longer.”

France’s foreign ministry said the 48-hour ban was “an emergency measure to allow us to provide a practical solution and to exchange views with out European partners”, adding they hoped a solution would be “formalised during the day”. 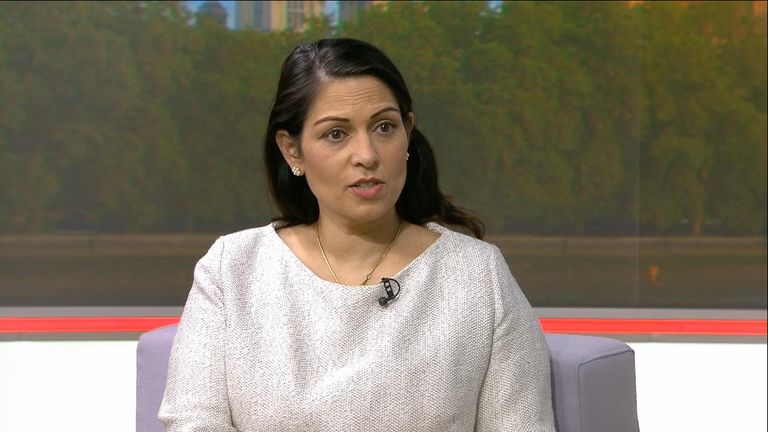 Drivers have been given bottles of water by the coastguard, while some prepared meals and ate breakfast in their cabs or on the roadside.

Under the ban, unaccompanied freight – mostly in shipping containers – can continue to travel on trains and boats across the Channel, but any goods being driven must stay on British soil.

Home Secretary Priti Patel told Sky News the government was “working to get a resolution” and “it’s in both our interests” for France to soften its stance.

A long list of countries have already banned travel by passengers form the UK due to the new COVID-19 variant.

According to the Reuters news agency, Germany is considering keeping that restriction in place until 6 January 2021.