Maros Sefcovic, European Comm­ission vice-president, suggested that the EU will agree to the UK’s request for a three-month extension so British sausages can continue to be sold in Northern Ireland. Products such as chilled meats were to be prohibited from Thursday as a result of the Northern Ireland Protocol – the Brexit deal that keeps Ulster in the EU single market.

The EU does not generally permit the import of chilled meat products from non-member states.

Mr Sefcovic said: “While I cannot today announce the EU’s formal agreement to the request, but after all the internal contacts I have had, I remain confident we can find a solution in the next 48 hours that will address both sides’ needs and concerns.” 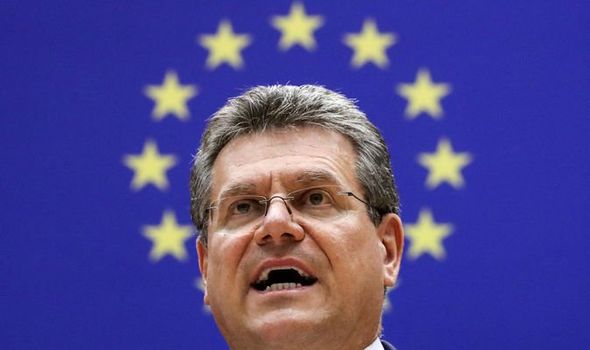 The UK has previously rejected this, with negotiator Lord Frost saying it would be “an abrogation of sovereignty” if rules were enforced through EU institutions.

Speaking later in the Assembly, Deputy First Minister Michelle O’Neill said she welcomed the “indication” that the extension would be granted. “We should bank that but what we need here are longer-term solutions and I hope we can find those in the period ahead.”

Boris Johnson’s spokesman said: “We have asked for a three-month extension to allow movements to continue while we seek a permanent solution.”