French President Emmanuel Macron has demanded France will “not give up the fight against Islamist terrorism” following a terror attack at a police station in the Paris suburb of Rambouillet at about 14:20 local time (12:20 GMT) on Friday which left one policewoman dead. Police on the scene shot and killed the attacker in what Prime Minister Jean Castex said was a “terrorist attack.” The suspect was a 36-year old Tunisian national. The attacker had scouted the location before launching the attack which saw a policewoman stabbed in the throat. Witnesses heard the attacker shout “Allahu Akhbar,” according to a source close to the investigation.

The victim, a 49-year-old woman who police have named only as Stéphanie suffered knife injuries to her throat near the entrance to the town’s police station where she worked but sadly died of her injuries.

French anti-terrorist prosecutor Jean-François Ricard said, “The way this crime was committed” and, “the words said by the attacker during the event” led the anti-terror office to take on the investigation.

JUST IN: Harry may pull out of Diana statue trip after icy Royal Family welcome left him ‘shocked’ 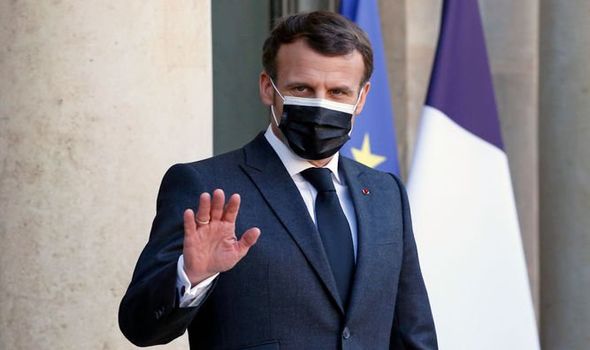 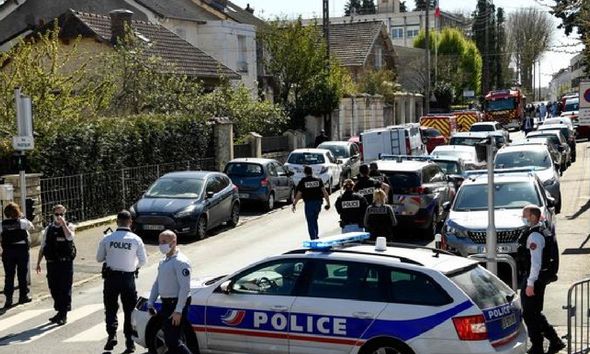 Following the fatal attack French President Emmanuel Macron said France would “not give up the fight against Islamist terrorism.”

Macron tweeted: “She was a police officer. Stephanie has been killed in her police station in Rambouillet, on the already wounded land of the Yvelines.

“The Nation stands by the side of her family, her colleagues, and law enforcement officers.

“We will not give up the fight against Islamist terrorism.” 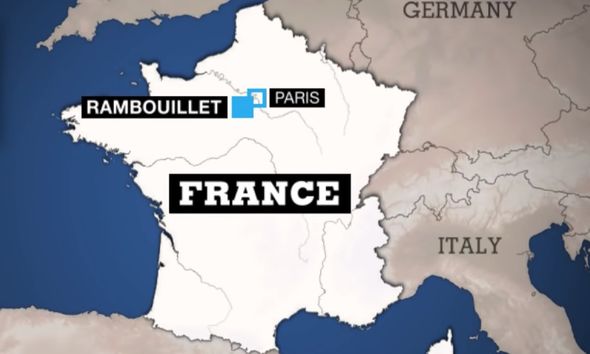 The horrific act of terror comes as France has been hit by a raft of violent terror attacks in recent months.

On 16th October 2020 school teacher Samuel Paty was beheaded in Paris by a man originally from Chechnya in Russia.

The attacker was named as 18-year-old Abdoullakh Abouyedovich Anzorov.

Before the attack, the attacker said in a post on social media that he wanted to punish Paty for showing a cartoon of the Prophet Mohammed in his class. 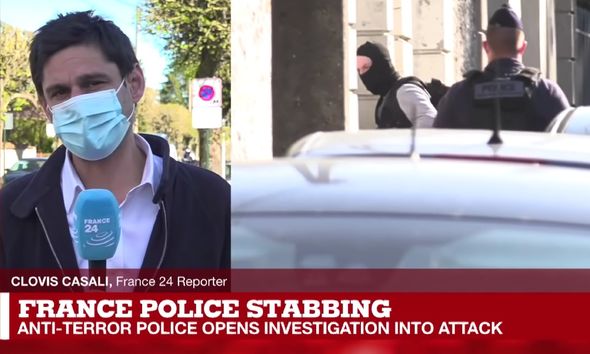