Prosecutors’ approach to unauthorized disclosures of government secrets has undergone a sea change in the 21st century. 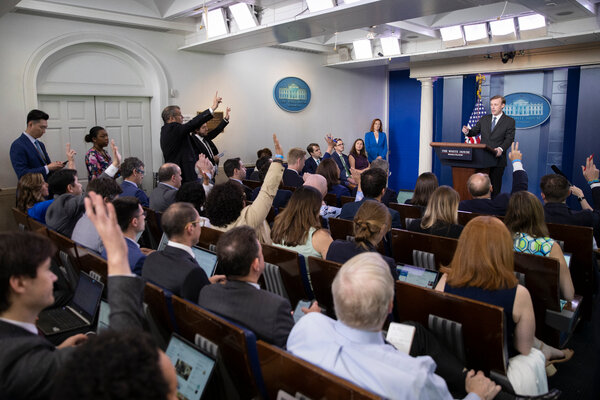 WASHINGTON — Government leak hunters have been ratcheting up pressure on the ability of journalists to do their jobs for a generation — a push fueled by changing technology and fraught national-security issues that arose after the Sept. 11, 2001, attacks. Now, those tensions have reached an inflection point.

Recent disclosures about aggressive steps that the Justice Department secretly took under President Donald J. Trump while hunting for the confidential sources of reporters — at The New York Times, CNN and The Washington Post — prompted a backlash from the top. President Biden ordered prosecutors to stop seizing reporters’ phone and email data.

But Mr. Biden’s sweeping vow to ban a practice he called “simply, simply wrong” left crucial questions unanswered. Among them: How broadly prosecutors will define the journalistic activities that the new protections apply to? And will the changes be easy or difficult for a future administration to roll back?

“The question of how this will be institutionalized or codified is crucial,” said Jameel Jaffer, the director of the Knight First Amendment Institute at Columbia University. “These kinds of protections shouldn’t be a matter of executive grace.”

Enshrined in the First Amendment, the role of the free press in bringing to light information beyond what those in power approve for release is a foundational principle of the American system of self-government. In Senate testimony this past week, Attorney General Merrick B. Garland said the transparency that comes from investigative journalism about “wrongdoing and error in the government” gives people faith in democracy.

An essential task for journalists who report such material is to talk with officials who are not authorized to publicly speak about government matters and to protect their confidentiality. Leak prosecutions and seizures of journalists’ communications data not only jeopardizes particular sources, but can also frighten others with newsworthy information into staying silent.

But the confluence of recent events — which also include the Trump-era targeting of Democratic lawmakers and aides suspected of being reporters’ sources, and extraordinary gag orders imposed on Times and CNN executives in fights over data that spilled into the Biden era, all of which an inspector general is investigating — has brought into focus how fragile the protections for journalism are in the 21st century.

Mr. Biden has vowed a major course correction. Mr. Garland, who as a federal appeals court judge in 2005 stressed “the public interest in protecting” reporters’ sources to avoid chilling the disclosure of information with “importance to the public,” has signed onto that effort while acknowledging this past week that “there are some definitional questions, but I think they are quite resolvable.”

The unresolved details are expected to be a focus of a meeting on Monday between Mr. Garland and leaders of The Times, The Post and CNN.

One issue is whether Mr. Garland will replace a Justice Department regulation that permits seizures of reporters’ information that can reveal their sources in leak investigations under certain conditions — or leave it intact and simply ban that technique for the time being.