WASHINGTON (AP) — In taking charge of a Pentagon battered by leadership churn, the Biden administration will look to one holdover as a source of military continuity: Gen. Mark Milley, chairman of the Joint Chiefs of Staff.

President-elect Joe Biden will inherit Milley as his senior military adviser, and although Biden could replace Milley, he likely won’t.

A Princeton-educated history buff with the gift of gab, Milley has been a staunch defender of the military’s apolitical tradition even as President Donald Trump packed the Pentagon with political loyalists. Milley reassured Congress that the military would stay out of the elections and, in no uncertain terms, told troops that the Capitol riot was an act of sedition. Last summer, he put his own job on the line by apologizing for being part of the entourage that accompanied Trump to a photo-op outside a church near the White House after peaceful protesters were forcibly removed from the area.

Military leaders always have critical roles in ensuring stability from one administration to the next. But Milley will be especially important for continuity after a delayed, rocky postelection transition and uncertainty about when the Senate will confirm top Pentagon nominees.

Milley, 62, is early in the second year of a four-year term as the military’s top officer. His predecessor, Marine Gen. Joseph Dunford, now retired, was a similarly transitional figure, appointed by President Barack Obama and continuing for nearly three years with Trump. 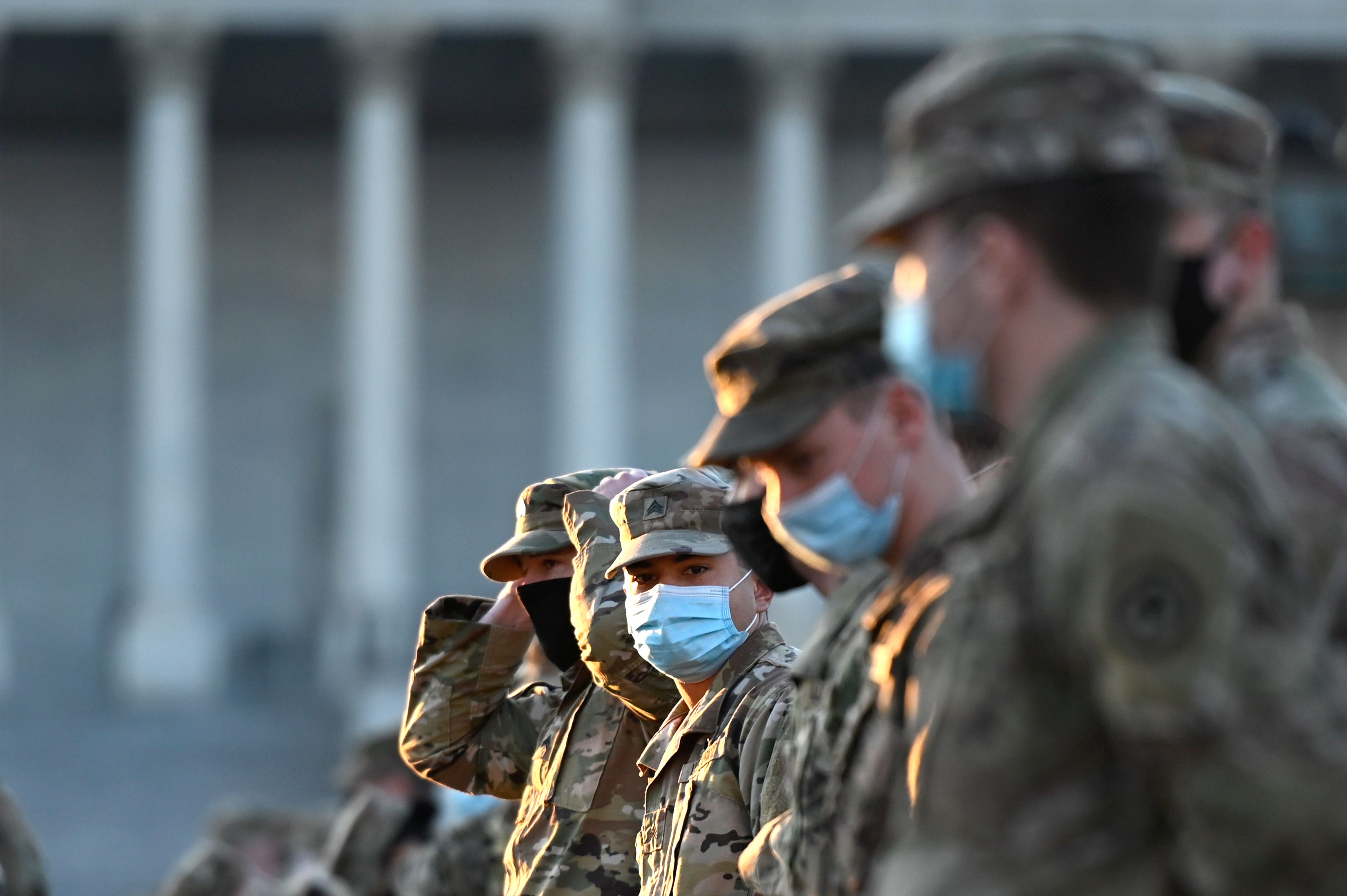 The chairman of the Joint Chiefs does not command troops but advises a president and a secretary of defense on approaches to major military problems.

Biden will have many problems on his plate from the get-go, including Iran and North Korea. In addition to dealing with potential military crises, Biden would look to Milley, along with his prospective secretary of defense, Lloyd Austin, for advice on broader strategic goals, including pursuing arms control with Russia, countering terrorism in the Mideast and competing with China.

Milley already is being singled out as a go-to official at a beleaguered Pentagon.

House Speaker Nancy Pelosi, D-Calif., called him two days after the Jan. 6 insurrection at the Capitol to ask what might be done to check Trump’s authority to order a nuclear attack in his final days in office. The Joint Chiefs chairman is not in the nuclear chain of command, but Pelosi’s call reflected a view that, with no Senate-confirmed secretary of defense in place, stability starts with Milley.

Milley is not shy about taking charge.

He loves to talk, often relying on his deep knowledge of military history, occasionally personalizing his point, never reluctant to assert his view. Milley speaks reverently of his late father, a veteran of combat in the Pacific theater of World War II, and worriedly of America’s vulnerability to space-based warfare, which he says could bring on the next Pearl Harbor.

A Massachusetts native, Milley was commissioned as an armor officer in 1980 and rose to become Army chief of staff 35 years later. When Trump announced him as his choice to be Joint Chiefs chairman nearly a year before Dunford’s term expired, he called Milley a “great gentleman” and outstanding soldier.

By June 2020, however, Milley seemed at risk of being fired; he privately opposed Trump’s talk of invoking the Insurrection Act to put active-duty troops in the streets of the nation’s capital to counter protests sparked by the killing by Minneapolis police of a Black man, George Floyd.

Milley also expressed public regret at being part of a Trump entourage that strolled across Lafayette Square on June 1 to be positioned near a church where Trump held up a Bible for photographers. Critics hit Milley for appearing to be a political pawn. Days later, Milley said he had made a big mistake. Through the months that followed, he seemed at risk of being sacked by Trump.

Michael O’Hanlon, a defense analyst at the Brookings Institution, said Biden should not see Milley as tainted by Trump.

“If Biden wants to send some messages about reconciliation and bipartisan cooperation, working closely with Milley … wouldn’t be a bad place to start,” O’Hanlon said.

Once confirmed, Austin would enter a Pentagon reeling from an extraordinary period of leadership instability. Trump went through the most defense secretaries of any one-term president in history — two who had been confirmed by the Senate and three others who served only in an acting, placeholder capacity.

The Austin nomination adds a further twist in Milley’s path, given Austin’s background as a recently retired Army general. Questions are being raised in Congress and elsewhere about how having a former career military officer lead the Pentagon will affect relations between civilian and military officials.

Roger Zakheim, Washington director of the Ronald Reagan Presidential Foundation and Institute, says the extra effort required to win a congressional waiver of the prohibition against recently retired military officers serving as defense secretary would appear to give Biden less reason to remove Milley.

“You don’t want to create more turbulence here beyond what they’re already going to have to deal with getting Gen. Austin through the nomination process,” Zakheim said.

Biden would look to Milley not just for advice on current problems but also for guidance on future adjustments to military structure and strategy, including changes to the U.S. military footprint abroad. Milley seems amenable to the prospect of Biden seeking to find savings in defense budgets.

“We in the Pentagon, civilian and military alike, have got to do a quick reality check on the national budget and what is likely to happen in the not-too-distant future,” Milley said recently. “I suspect that at best the Pentagon’s budgets will start flattening out. There is a reasonable prospect that they could actually decline.”