WASHINGTON (Reuters) – Georgia’s tumultuous primary elections on Tuesday offer a grim preview of what could happen in November if states move to voting by mail and polling places are sharply reduced due to concerns about the coronavirus pandemic. 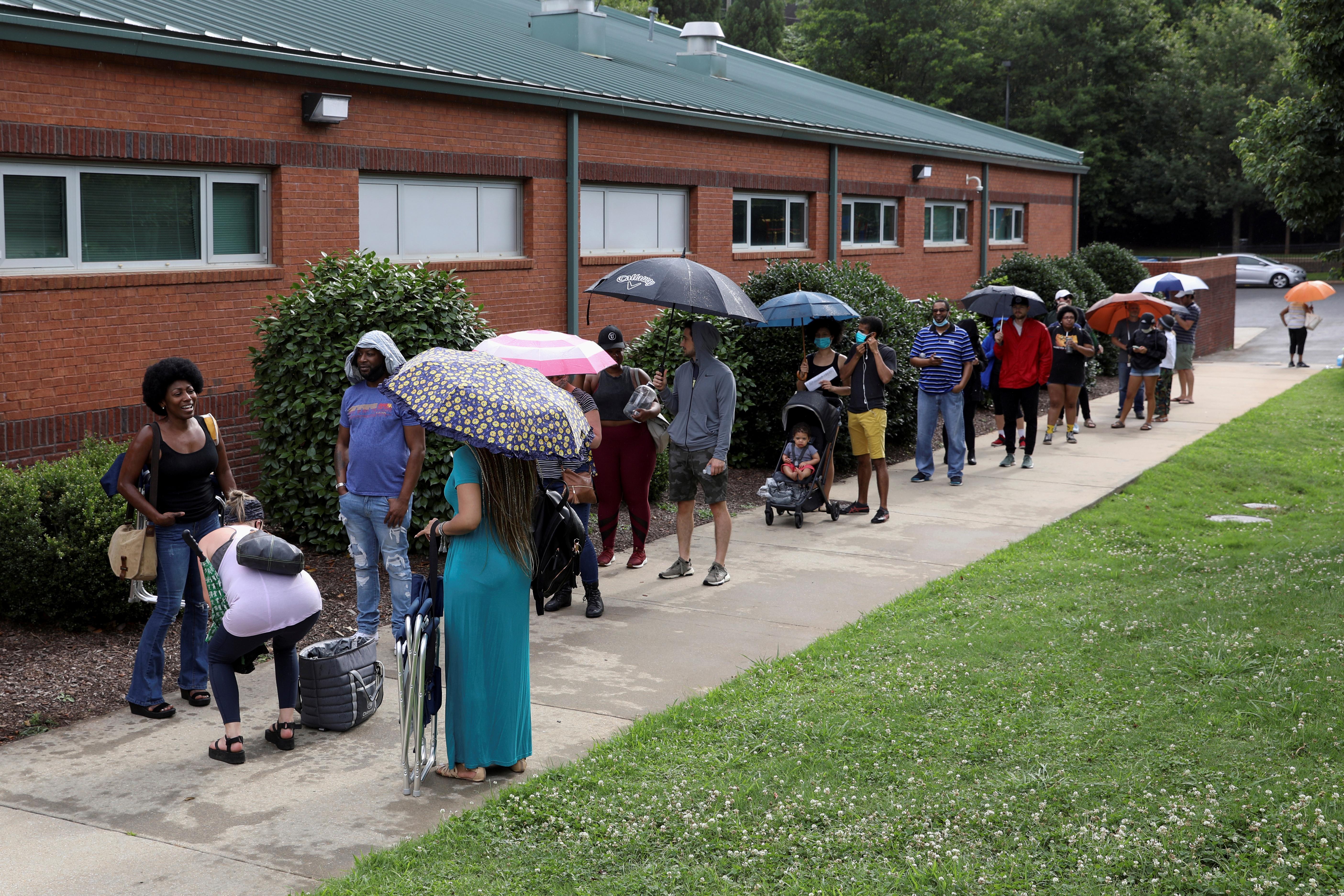 A huge increase in absentee ballots overwhelmed officials and many voters did not receive requested ballots. That forced some to crowd into consolidated polling places on election day, exacerbating the hours-long waits for those voting in person.

The problems, which also included issues with voting machines rolled out for the first time on Tuesday, were particularly prevalent in minority neighborhoods in Democratic strongholds of Fulton County and DeKalb County in metropolitan Atlanta. That has raised fears among Democrats and voting rights groups that tens of thousands of voters, especially African Americans, could be disenfranchised.

But Georgia, a long-time Republican bastion, has emerged as a vital political battleground in November. Biden is hoping a strong African-American turnout can make him competitive with Trump in Georgia, and two U.S. Senate seats are in play that could be crucial to control of the chamber.

“We have to address these problems now,” said Helen Butler, executive director of the Georgia Coalition for the People’s Agenda, a voting rights group. “If we don’t, we’ll be right back in the same place in November.”

The meltdown in Georgia was the latest example of voting problems amid the coronavirus pandemic. Voters in South Carolina and Nevada also encountered long lines on Tuesday.

As in some other states, the final results in some Georgia races were delayed as officials tallied up a record volume of mail ballots. About 1 million voted by mail, roughly 30 times the 37,000 votes cast by mail in the 2016 primary elections.

In Pennsylvania, votes were still being counted on Wednesday a week after its June 2 primary. The state has not reported results for four of more than 9,000 voting districts, according to its election results website.

The delayed results in battleground states such as Pennsylvania and Georgia have raised the prospect that November’s winner may not be known on election night.

Counting mail ballots is often slower because a voter’s identity must first be validated, a process handled in a polling center for ballots cast in person, said Richard Hasen, a professor of law and political science at the University of California, Irvine.

Georgia had pushed back its voting from March and mailed absentee ballot requests to 6.9 million active voters in response to the coronavirus outbreak. Along with the 1 million Georgians who cast absentee ballots by mail, more than 300,000 voted early.

But Tuesday’s problems suggest officials were unprepared for large numbers also voting in person on election day, particularly in counties with large black populations in and around Atlanta, where dozens of polling stations closed due to COVID-19 concerns.

Fulton, which includes most of Atlanta and is 45% black, was operating only 164 of its planned 198 polling locations. In DeKalb County, which includes part of Atlanta, 27 polling stations in 191 voting precincts were moved because of worries over the novel virus, said county executive Mike Thurmond, a Democrat.

Despite expanded voting by mail, voters of color have been slow to embrace it. A statewide study in May by a University of Florida professor showed Hispanic voters requested absentee ballots at a rate about three times lower than white voters, while black voters requested them at about half the rate of white voters.

“They need to come up with a plan for high voter turnout in person,” said Susannah Scott, the president of the League of Women Voters of Georgia.

In Georgia, difficulties with new voting machines slowed the process further. Many workers were not adequately trained on the new equipment, while some polling locations struggled to start the machines or did not receive the equipment in time to start, officials said.

Georgia’s Republican Secretary of State Brad Raffensperger, who called for probes into the problems in Fulton and DeKalb counties, blamed county officials who did not adequately train workers.

Raffensperger told Reuters he would take a “hard look” at whether to send absentee ballot applications to all active voters for November, as he did for the primary.

“We did that because of the situation with COVID-19, and we don’t know where we will be in November,” he said.