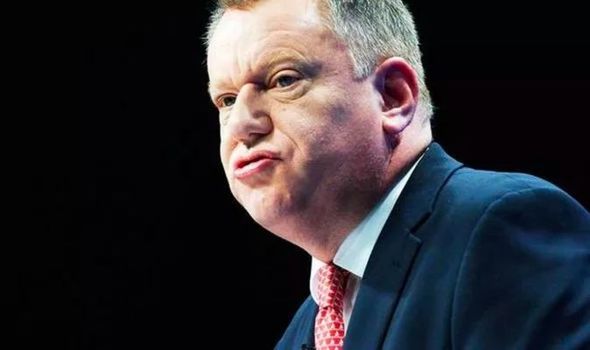 European Commission vice-president Maros Sefcovic said it would create momentum to resolve other disputes over the Irish Sea border.

UK Brexit Minister Lord Frost said Britain would look “positively” at the EU proposals but he expressed disappointment that solutions to wider issues linked to the Northern Ireland Protocol had not yet been resolved. He said there was an urgent need to resolve disputes on issues such as customs paperwork, agri-food checks and the role of the European Court of Justice (ECJ) in the new year. He also reiterated the UK’s threat to suspend operation of parts of the protocol if an agreement cannot be found in 2022.

Under the terms of the protocol, which was agreed as part of the Brexit divorce deal to ensure a free-flowing border on the island of Ireland, Northern Ireland remains covered by the EU’s pharmaceutical regulations.

As Northern Ireland receives most of its medicines from suppliers in Great Britain, there had been concerns that their movement could be impeded when a grace period expires.

That grace period was originally due to end in January but in the autumn the UK extended it unilater- ally – along with other temporary exemptions associated with the protocol – pending efforts to find solutions to the issues.

Mr Sefcovic said: “During my visit to Northern Ireland in September I promised to do whatever it takes to ensure a long-lasting solution on medicines, all the more so in the light of the current pandemic.

“I kept my word, and today the Commission is delivering in the form of a legislative proposal ensuring that everyone in Northern Ireland has access to the same medicines at the same time as in the rest of the United Kingdom.”

The proposals would apply to other small markets which use British medicines, including the Irish Republic, Malta and Cyprus. Mr Sefcovic said: “We must carry this momentum into the other areas of discussion. The EU’s objective remains the same – to jointly identify durable solutions to ease the flow of goods between Britain and Northern Ireland.”

One of the thorniest issues is the oversight role of the ECJ. The UK wants its removal while the EU says Northern Ireland could not retain access to the single market without it.