Transport: Charlie Stayt asks Grant Shapps 'What do you do?'

The Transport Secretary said the walkouts, which will hit the network again today, were “putting the whole industry at risk”. 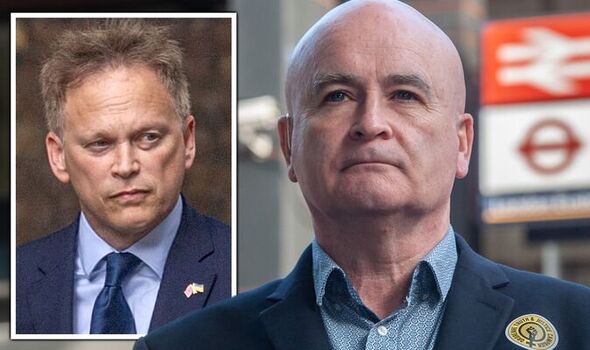 He said leaders of the National Union of Rail, Maritime and Transport Workers (RMT) had refused to put an eight per cent pay rise offer to members because it was “ideologically opposed” to a settlement – and workers might back it.

He said: “That would undermine what is clearly some of its leaders’ deeper wish – to use strikes as a way of forcing the wider political change that their hero, Jeremy Corbyn, couldn’t get at the ballot box.”

He said: “These aren’t the words of someone whose only concern is his members’ pay and conditions.”

The Transport Secretary said the eight per cent two-year deal from Network Rail came after every household paid £600 to make sure rail workers did not have to go on furlough or lose their jobs.

He is now preparing to serve 188 legal warnings within weeks to force through reforms to modernise services, including guardless trains.

Outdated working practices on the railways mean some staff still use paper timesheets and Sundays are counted as a rest day.

Staff cannot work between Euston and Kings Cross because they are deemed different regions, even though they are a five-minute walk from each other.

Network Rail has warned that only 20 per cent of the country’s train network will be running today and some areas will have no services. More than 40,000 RMT workers are involved in industrial action.

As well as Network Rail, workers on 17 train companies are also involved in the strikes over pay, job cuts and terms and conditions, including on the East and West Coast main lines.

The Transport Salaried Staffs’ Association (TSSA) is holding industrial action, along with members of the Unite union who work for Network Rail.

Office for National Statistics figures put the average rail worker’s salary at £43,747, or £36,800 if drivers are excluded. One in eight people has had travel plans hit by the strikes. 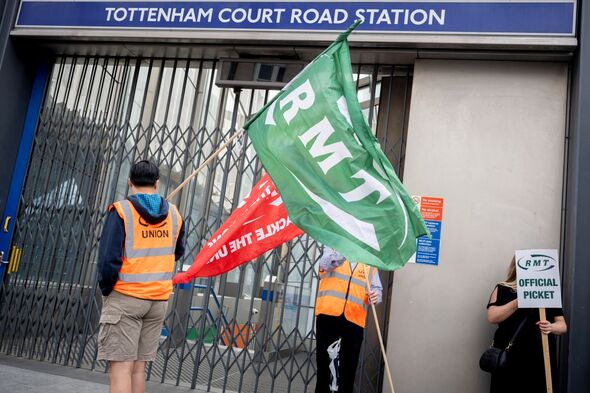 Some 13 per cent of adults questioned between August 3 and 14 said the strikes had wrecked their plans.

Of those who were affected, four per cent said they had been unable to work, another four per cent could not attend a medical appointment and two per cent were unable to care for friends or family.

Thirty-nine per cent said they had been unable to take part in leisure activities, such as eating out or seeing a film. And 71 per cent of respondents said they could work from home if they were unable to travel.

Main line train services started later than normal yesterday, due to the knock-on effect of Thursday’s RMT strike at Network Rail and train operators across the country.

RMT members walked out over issues including jobs and pensions.

Mr Lynch dismissed suggestions he should put every offer made by employers to his members. He said: “When you are in a negotiation and somebody says something to you…you don’t go back to all your controlling bodies and put it to a referendum every week.

The RMT and TSSA said Mr Shapps’ threat to use the 188 legal warnings amounted to “fire and rehire”. TSSA general secretary, Manuel Cortes, said: “This is yet more desperate stuff from Shapps intended to distract from the real issues in the rail dispute.”

He said: “I am hoping that [Labour leader] Keir Starmer will realise actually the public mood is that people need support now to get them through this crisis and Labour should be at the forefront of that support. 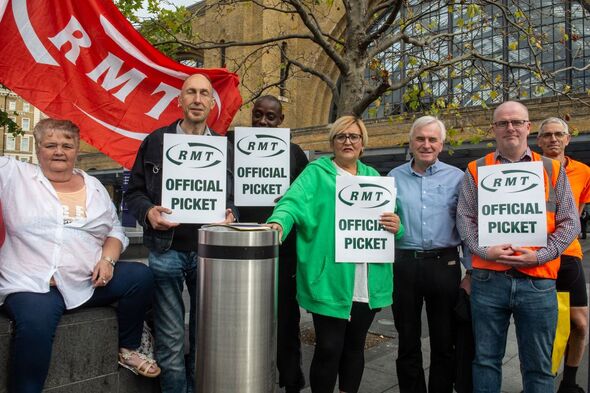