The MP for Ross, Skye and Lochaber will today tell his party’s annual conference, being held online this year as a result of coronavirus restrictions, Scotland is “within touching distance of independence”. His speech comes alongside a tweet in which he shared a video touting the case for Scotland to go it alone. In it, he commented: “Scotland has what it takes to be an independent country – playing our full part in the world as a force for progress, fairness and equality.

However, there was no shortage of critics voicing their scepticism.

One simply asked: “How much would independence cost?”

A second poster responded: “They haven’t worked that out yet even though they’ve had since 2014.” 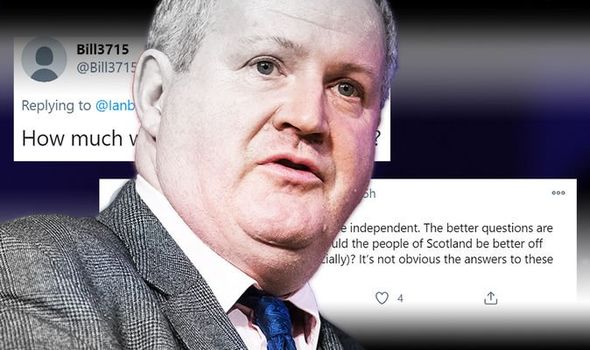 Patrick Edwardson added: “Nobody disputes Scotland could be independent.

“The better questions are should it, does it make sense, would the people of Scotland be better off (both financially and non-financially)?

“It’s not obvious the answers to these are ‘yes’.”

Another, referring to the mechanism whereby Scotland is able to have higher levels of public spending in comparison with England, added: “Ok so if Scotland goes independent then Scotland isn’t entitled to the £15 billion per anum Barnet Formula from England it can’t use the £ sterling as it’s money and has no Armed forces.

“Oil is going to be outlawed soon too due to green energy so Scotland will fail in a year.” 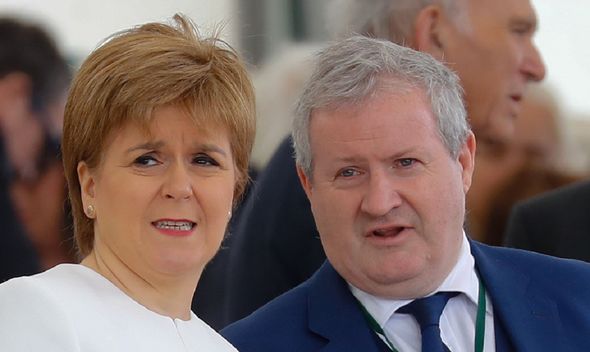 Another poster said: “It was time for independence a few years back.

“We said no because it was economically unviable. It more unviable now.

“The welfare bill is enormous. Wake up.”

Selwyn Burton asked: “Without the rest of the UK, Scotland will just be another small country without influence in the world.

“I’m sure you’ll make it but don’t delude yourselves that you will be important or have a seat at any top table.”

Another critic suggested First Minister Nicola Sturgeon’s plans for an independent Scotland to join the EU were also a factor.

Robert Davies warned: “You won’t be independent if you’re in the EU and euro.”

Others were more sympathetic.

One said: “Folks who object to independence need to recognise that independence as such doesn’t really exist in modern international affairs.

“Scotland wants independence to a large extent because of what England has become – we want to be a self-determining progressive country.” 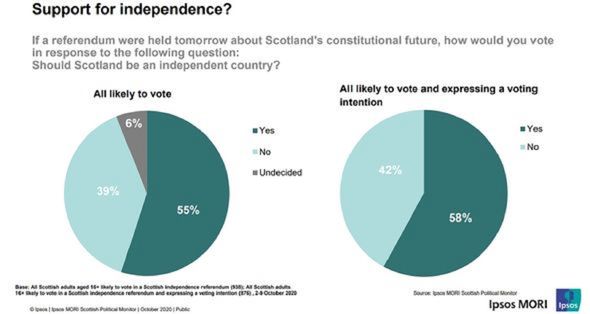 The question of how Scotland will cope financially outside the UK is a central theme for those opposed to independence.

Speaking to Express.co.uk earlier this year, Kevin Hague, chairman of the These Islands think tank, said the case for economic independence fell apart under close scrutiny not least the claim that Scotland was a net contributor to the UK economy which could afford to pay its own way.

He explained: “That was true for one year out of the last 20 years.

“It’s just not the case for the vast majority of the time. 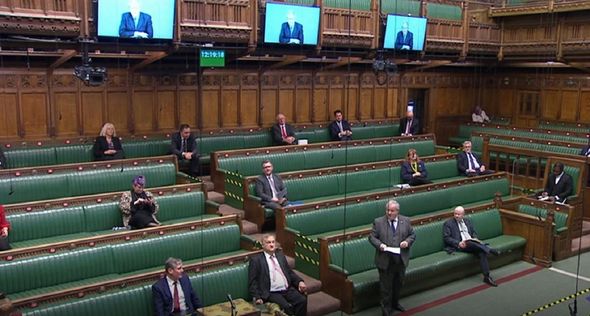 “I always make the economic case for staying with the UK – I believe that if people are well-informed then the case for independence withers and dies.”

In his speech later today, Mr Blackford is expected to say: “Our plan, our job and our focus is winning an independence majority at Holyrood next May. We have our candidates in place, we have momentum, and we have a leader our nation trusts.

“We have all come a long way – and we are now within touching distance of independence.

“But just as we have travelled all this way together – we can only complete this journey together.

“My message to all of us is this: Keep heart, keep the heid and keep the faith. A new Scotland – fairer, greener and European – is now ours to win.”