The expansion of emergency reserves to help fund vaccines and pay down debt has emerged as a political flash point in the United States. 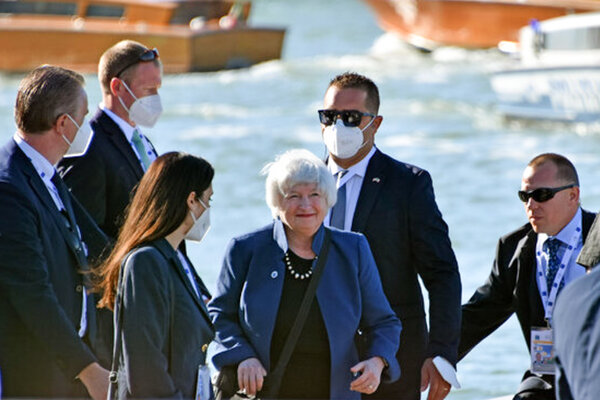 VENICE, Italy — The International Monetary Fund said on Friday that its executive board approved a plan to issue $650 billion worth of reserve funds, essentially creating money that troubled countries can use to purchase vaccines, finance health care and pay down debt.

The new allocation of so-called Special Drawing Rights would be the largest such expansion of currency reserves in the I.M.F.’s history. If given final approval by the I.M.F.’s board of governors, as is expected, the reserves could become available by the end of next month.

“This is a shot in the arm for the world,” Kristalina Georgieva, managing director of the I.M.F., said in a statement. “The S.D.R. allocation will help every I.M.F. member country — particularly vulnerable countries — and strengthen their response to the Covid-19 crisis.”

Ms. Georgieva made the announcement as finance ministers and central bank governors of the Group of 20 nations were gathering in Venice to discuss international tax reform, climate change and the global economic response to the pandemic. The I.M.F., established in 1944 to try to broker economic cooperation, has warned of a two-track economic recovery, with poor countries being left behind while advanced economies experience rapid expansions.

It remains to be seen how far the $650 billion will go to help developing countries as they race to vaccinate people before new variants of the virus take hold, including the Delta variant, which has plunged many countries back into a health crisis.