In a sharp-tongued exchange, the veteran journalist took aim at an independence activist who claimed the Tories were exploiting Scotland and its goods in a bid to keep export taxes.
The SNP supporter tweeted: “Food and goods are currently transported through England as that is Tory policy, with the specific objective of hiding taxation realised to Westminster Treasury of Scottish exports and control of Scottish imports, should the need arise.”

Mr Neil responded: “Listen sunshine. Let me tell you for the umpteenth time.

The Scottish journalist was backed by another critic, who added: “If Independence is going to be so wonderful, why do Nationalists tell so many blatant lies about what would happen in the event of it ever happening?”

Another one joked: “They daren’t tell the truth to their sheep. 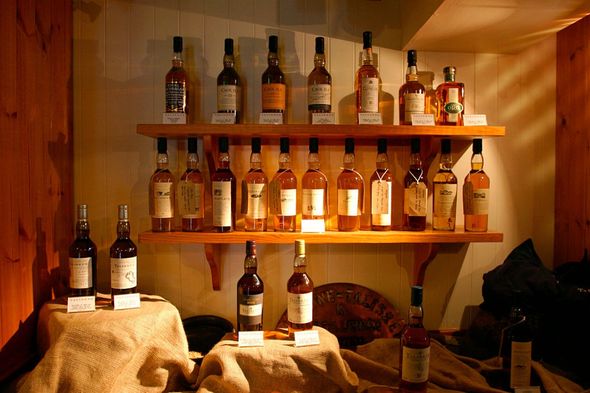 “They just keep pumping them up with more tales of poor old downtrodden Scotland.”

Mr Neil had addressed MSPs earlier this year, stressing Scots “don’t contribute anything like enough in taxes to cover spending”.

He claimed Scotland’s financial woes were down to the fact it “spends £15bn more than it gathers in taxes stressing Westminster makes up the difference”.

It comes as the latest HMRC figures show the value of goods exported by firms in Scotland rose by 5.6 percent in 2018/9 to £30.3bn. 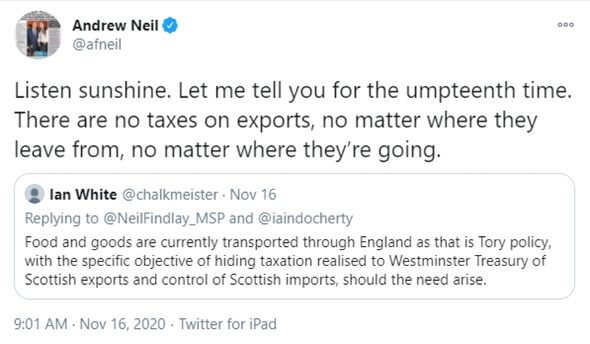 The UK government said a significant increase in exports in Scotland highlighted the “true exporting power across all UK regions”.

But a key item, Scottish Whisky, had a 25 percent imposed on it by the US last year causing an outcry from Scottish traders.

Scottish Whisky accounts for 11,000 jobs in Scotland with an associated supply chain worth 40,000 jobs throughout the UK. 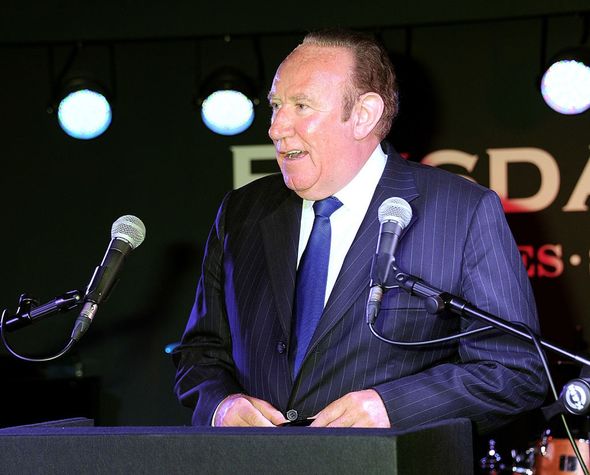 Alister Jack, Scottish Secretary, said: “It is imperative that these tariffs are removed at the earliest opportunity for the sake of one of our most successful Scottish exports.

“We will continue to press the case for the removal of these tariffs with the US administration.”