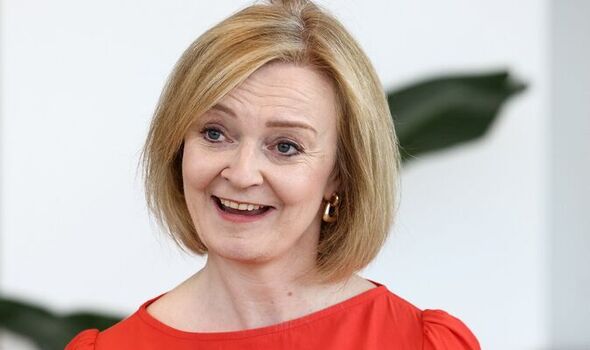 The Tory leadership favourite said she would remove “onerous EU regulations and red tape” in a major shake-up of the industry if she becomes Prime Minister. She also promised to tackle the labour shortages in farming with a short-term expansion to the seasonal workers scheme.

That temporarily allows 40,000 overseas workers into the UK in the horticulture and poultry sectors.

A recent Government report warned that labour shortages, initially caused by Brexit and accentuated by the pandemic, were badly affecting the sector, often forcing farmers to leave fruit rotting and cull pigs.

Ms Truss said she would also work to address longer-term skills shortages and hurdles to the adoption of labour-saving technologies.

She vowed to replace EU law that restricts the development of farming infrastructure and technology, including drone use and precision breeding technologies.

Ms Truss, who is due to meet farmers in south-west England, said: “The pandemic and cost-of-living crisis have shown it is more vital than ever for us to ensure we have a high-quality and affordable supply of British food.

“As a former Defra [Department for Environment, Food and Rural Affairs] secretary of state, I understand the challenges faced by farmers, and they can trust me to deliver the changes they need.

“I will cut the red tape that is holding them back and hitting them in their pocket”.

However, rival Rishi Sunak has promised the “most significant reforms to farming in half a century”, with new targets for domestically produced food and regulations to prevent high-quality farmland being given over to “rewilding” and solar farms. He would also ban farmland from being sold to property developers for housing.