Figures released today by the Office of National Statistics indicated that exports to the EU rose by £3.7billion, 46.6 percent, in January. Trade with the bloc had plummeted by £5.7billion at the start of the year.

Remainers were quick to blame Brexit for the drop in January, the first month of the UK’s new trading relationship.

However, Lord Frost shrugged off the concerns at the time saying January has seen a “unique combination of factors made it inevitable that we would see some unusual figures” and predicted a sharp rise in February.

He said: “As well as changes to our trading relationship with the EU, we also saw evidence of stockpiling late last year – as the ONS notes.

“This meant less need to move goods in January. 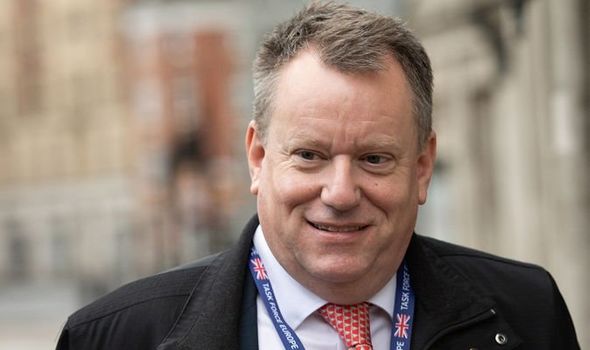 Predicting a rise in figures, he added: “The latest information indicates that overall freight volumes between the UK and the EU have been back to their normal levels for over a month now, ie since the start of February.

“We are supporting firms through this period.

“Many businesses have made the changes needed to trade effectively with the EU, but we are focused on providing active and extensive support to others who need to adapt.”

February’s exports to the EU were still 11 percent below the same month last year, but the significant increase marks a shift in the return to normal trade operations between the UK and the bloc.

The ONS said the increase was particularly driven by an increase in exports of machinery, transport equipment and chemicals. 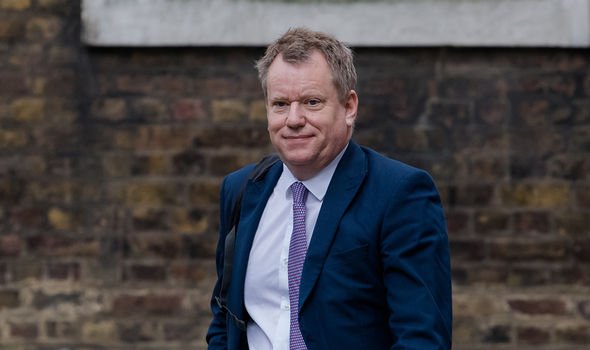 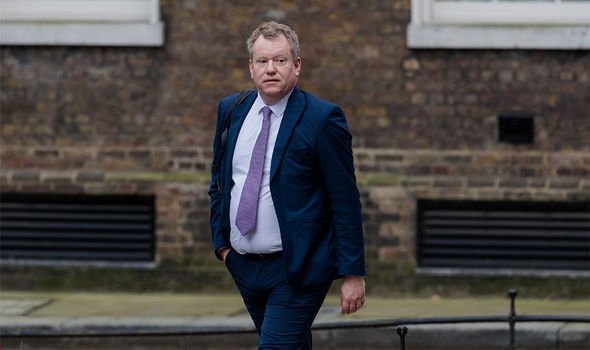 However, despite the figures rising as expected, former Labour Brexit spokesman and now co-convenor of the new UK Trade and Business Commission, Hilary Benn, warned “more analysis” was needed to determine whether Brexit was having a damaging impact on trade.

He said: “These figures show a recovery in trade with the EU compared to the previous month, but exports to the Continent still remain well below the levels seen last year.

“More analysis is now needed to distinguish between the short-term impact of the coronavirus and the longer-term challenges posed by the end of the transition period.

“We know many smaller businesses are struggling to adapt to the end of the transition period as they face extra costs and bureaucracy.

“The Government should respond to the concerns of the businesses and communities affected and work to improve the current EU-UK agreement.”

Mark Lynch, Partner at corporate finance house, Oghma Partners, said while exports remained lower than before Brexit, the drop off could be because of the pandemic.

As a third wave of the virus surges across the continent, many countries in the EU have began to reintroduce lockdown measures.

Mr Lynch said: “It will be interesting to see how, as the EU emerges from lockdown later on in Q2 whether demand will pick up for some of the UK’s exported product.”

He added: “This would signal a combined Covid-19 and Brexit impact vs a Brexit only impact which would provide more encouragement for the sector longer term.”