Ms Sturgeon is facing severe pressure over the allegations surrounding Alex Salmond who accused the First Minister of violating the code. In a poll conducted by Survation, the majority of the 1,011 asked believed Ms Sturgeon should resign if she has indeed broken the code. In a blow to the First Minister, 50 percent believed Ms Sturgeon should resign while only 33 percent stated she should not – 17 percent weren’t sure.

However, when removing those who were unsure, 60 percent believed Ms Sturgeon should step down – 40 percent stated she shouldn’t.

After Mr Salmond gave evidence in a Holyrood enquiry last week, public opinion of Ms Sturgeon and the SNP has been rocked.

In a further question from the pollster, conducted on behalf of the Mail on Sunday, the majority of those asked would now vote against independence.

In the poll of 958 people, 44 percent stated they would vote ‘no’ while 43 percent would vote in favour of independence – 12 percent were undecided. 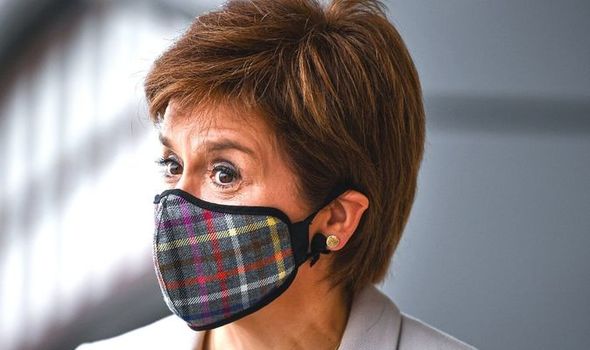 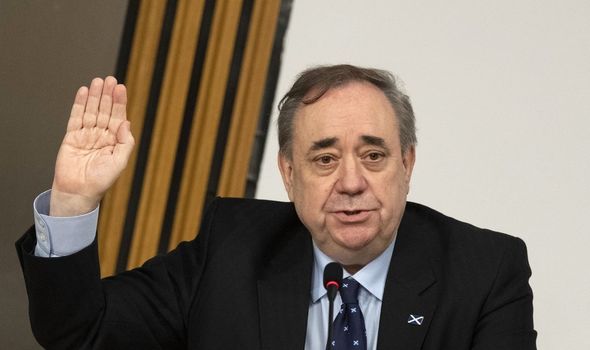 This represents a two percent drop in those in favour of breaking up the Union since January 11-13.

Pamela Nash, the chief executive of Scotland in Union said: “It’s welcome that support for remaining in the UK is on the rise. People are recognising, as we navigate out of the Covid crisis with a successful UK-wide vaccination programme, that we are stronger together.

“The SNP is obsessed with trying to divide Scotland but the priority should be working together on a recovery for everyone in the country.”

Ms Sturgeon will appear on Wednesday to face questions from the committee concerning how she conducted allegations aimed at Mr Salmond.

JUST IN: Brexit LIVE: Panicked Ireland to CUT own fishing fleet due to Brexit 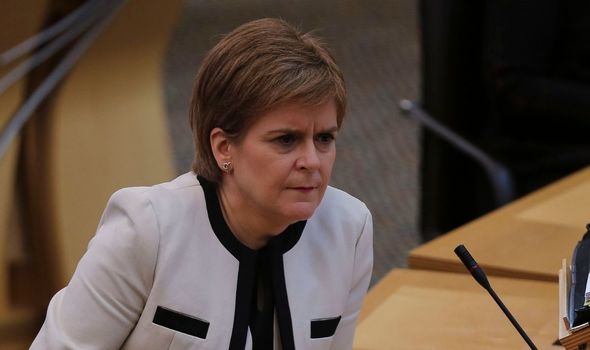 Last week, Mr Salmond made a series of claims alleging the First Minister had violated the ministerial code, which if proved true, mean Ms Sturgeon would be under intense pressure to step down.

Although accusing the First Minister of breaking the code, Mr Salmond did not claim she should step down.

Ahead of Mr Sturgeon’s appearance on Wednesday, the committee is expected to request the release of documents which Mr Salmond’s team claim showed a plot against him.

The Scottish Tories have also lodged a motion of no confidence against Deputy First Minister, John Swinney. 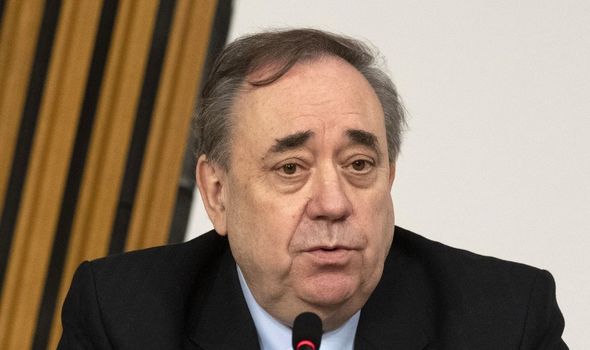 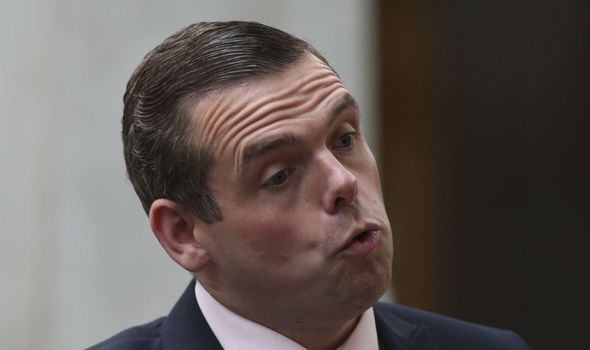 They lodged the claim over the refusal of Mr Swinney to hand over the SNP’s legal advice during Mr Salmond’s judicial review.

Mr Salmond, who was acquitted of the sexual assault claims made against him, lodged a judicial review into his case in 2018.

Holyrood admitted it had acted unlawfully following the review and paid £500,000 in legal expenses.

Mr Salmond was acquitted of all charges of sexual assault in a separate court case.

“We urge other parties to support us. 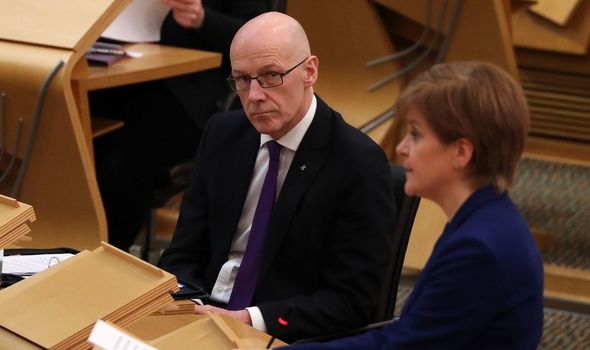 “It’s not about politics, it’s about getting the truth.

“Without the evidence, that won’t happen.”