Boris Johnson: Now is time for maximum vigilance against virus

Boris Johnson warned that vaccinations are “a race against time” with the scale of the threat on the NHS, which he said includes a shortage of oxygen in some places. The Prime Minister hailed progress in the vaccination of elderly citizens as he confirmed approximately 2.4 million jabs have been administered over the past month. During a visit to a vaccine centre in Bristol, Mr Johnson said: “It’s a race against time because we can all see the threat that our NHS faces the pressure, it’s under the demand in intensive care units, the pressure on ventilated beds, even a shortage of oxygen in some places.

“We’ve got to focus on what we all need to do together to bear down on the disease.”

Boris Johnson has said vaccinating the 15 million people in the top four priority groups by mid-February is a “massively stretching” but “achievable target”.

The Prime Minister told reporters: “We cannot be complacent. The worst thing now would be for us to allow the success in rolling out a vaccine programme to breed any kind of complacency about the state of the pandemic.”

Asked about the target, he said: “There’s no doubt that it’s a massively stretching target.

JUST IN: ‘I’m trying to give a serious answer!’ Whitty snaps at BBC host over teacher vaccinations 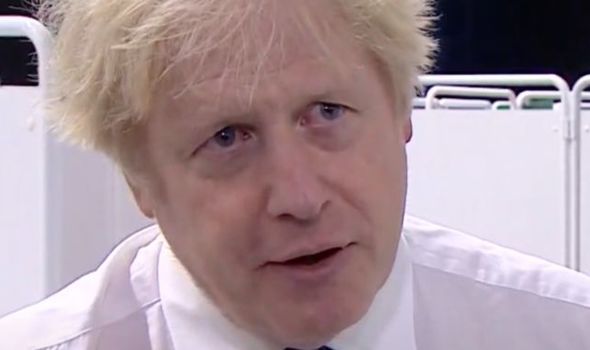 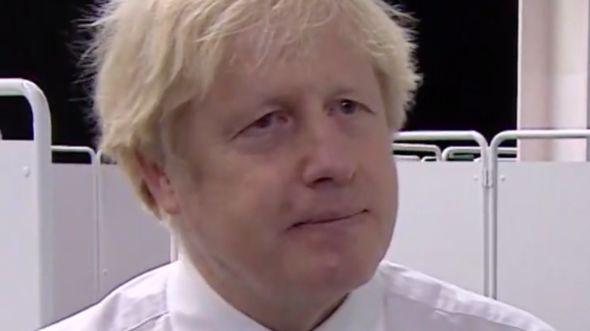 “Today, I think I can confirm that we’ve done roughly 40% of the 80-year-olds in this country already.

“We’ve done about 23% of the elderly residents of care homes.”

During his visit, Mr Johnson also said “no-one is going to be more than 10 miles from a vaccination centre”.