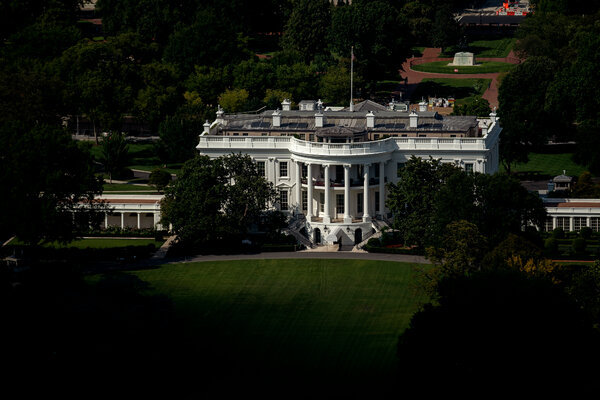 WASHINGTON — As Donald J. Trump’s norm-busting presidency careened through two impeachments, his departure set the stage for lawmakers to impose new limits on executive power like the period after Watergate and the Vietnam War.

But nearly nine months after Mr. Trump left the White House, the legal rules that govern the presidency have yet to be tightened. Would-be reformers, sensing that the window for change might close soon, are preparing a major push — one the Biden White House is eyeing warily.

House Democrats plan this month to reintroduce a broad package of limits on executive power. The bill — a refinement to legislation introduced last year during the presidential campaign for political messaging purposes — will pull together many proposals percolating in congressional committees.

The bill is expected to cover nearly a dozen issues. Among them: It would make it harder for presidents to bestow pardons in briberylike contexts and to spend — or secretly freeze — funds contrary to congressional appropriations. It would speed up lawsuits over congressional subpoenas. And it would strengthen the Constitution’s ban on presidents taking “emoluments,” or payments, from foreigners.

Known as the Protecting Our Democracy Act, the bill will be introduced by Representative Adam B. Schiff, Democrat of California, who also sponsored its 2020 version. But it represents the work of lawmakers and staff members on multiple committees who have been speaking with the White House for months; Speaker Nancy Pelosi directed them to combine their efforts, aides said.

Acknowledging that he was “working with my House colleagues to introduce and advance that legislation in the next few weeks,” Mr. Schiff, in a statement, framed the bill as a response to Mr. Trump’s “many abuses of executive power.” If Congress fails to enact new guardrails, he warned, Mr. Trump’s conduct would serve as “a road map for future unscrupulous presidents to abuse their power and defeat the most fundamental of oversight efforts.”

The White House supports many of the ideas, according to people familiar with its talks with House Democrats. They include keeping the statute of limitations from expiring while presidents are in office and temporarily shielded from prosecution; enhancing whistle-blower protections; banning foreign elections assistance; and tightening limits on whom presidents can appoint to temporarily fill vacant positions that normally require Senate confirmation.

“The prior administration’s routine abuse of power and violation of longstanding norms posed a deep threat to our democracy,” said Chris Meagher, a White House spokesman. “We strongly support efforts to restore guardrails and breathe life back into those longstanding norms. We’re working with Congress to do that, and we’re also building that commitment into every single thing this administration does.”

But the White House has also expressed skepticism and objected to some of the proposals as going too far and intruding on presidents’ constitutional prerogatives, the people familiar with the discussions said.

On clemency, for example, the White House supports making clearer that a pardon can count as a “thing of value” in an illegal bribery scheme and that presidents cannot pardon themselves. But the White House is uncomfortable with a related proposal to require disclosing to Congress internal White House communications and Justice Department case files about clemency recipients.