Boris Johnson says opportunity to travel is "through double jab"

The call for stricter quarantining requirements for British holidaymakers comes after German Chancellor Angela Merkel insisted the spread of the Delta variant in the UK sparked severe concerns about reopening travel to the European Union. France’s MEP Véronique Trillet-Lenoir dismissed suggestions that the high vaccination rate in the UK would justify the reopening of travel between the bloc and the UK. She also took a swipe at Britain as she noted the green pass the EU is due to roll out next month to allow free movement between member states would not apply to the UK because of Brexit.

Speaking to the Today programme, Ms Trillet-Lenoir said: “What I have to say is that vaccination in the UK was not fully the same as in the EU because the second dose was postponed most of the time.

“The AstraZeneca vaccine has been used in priority.”

She added: “This has nothing to do with populism.

“I agree that the digital certificate in the EU is a very good measure – unfortunately, it does not concern the UK anymore.” 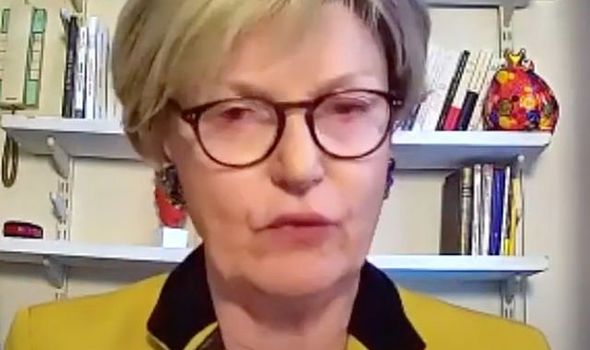 BBC host Mishal Husain pointed out health officials had advised to space out the jabs but the French MEP hit back saying the decision to have a longer break between first and second doses had not been the right one.

“And postponing it, from a political point of view was understandable, might not be the best way to do.”

Latest reports have shown the UK has the highest infection rate across the whole of Europe despite having one of the highest vaccination rates as well.