India: Dominic Raab pledges to support during 'hour of need'

Foreign Secretary Dominic Raab told LBC the UK Government has sent over 600 urgent medical items including breathing equipment to assist India in tackling the surging Covid crisis in the country. The equipment includes ventilators and oxygen concentrators. As of Sunday, India smashed global new infection records for the fourth day in a row recording 349,691 new cases. Mr Raab explained it was vital to assist during India’s “hour of need” and stressed how “international collaboration” will get the world out of the pandemic.

The Foreign Secretary told LBC: “We are sending out an emergency shipment of over 600 items of equipment, they are ventilators, oxygen concentrators.

“The aim is to provide the support that the Indian’s need at their hour of need judging by the distressing scenes.”

He went on to guarantee that the British Government will continue to support India during the crisis with follow-up medical supply shipments.

Mr Raab added: “There will be a series of other shipments, the first one goes out today and we are in ongoing discussions with the Indian government about further things they may or may not need” 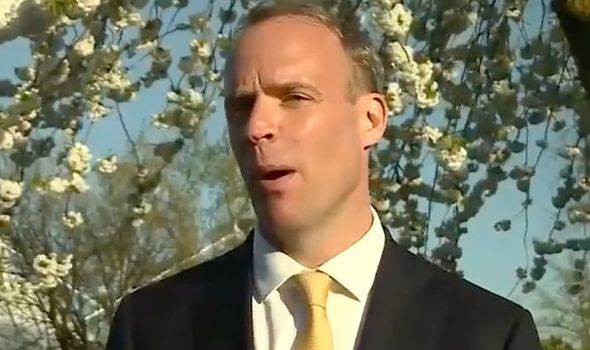 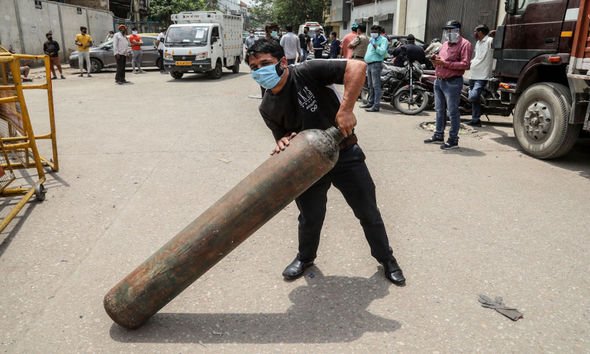 The Foreign Secretary went on to stress the importance of India as a global ally and partner to Britain.

He said: “We want to provide them all the support because they are close friends, increasingly important partners.”

He went on to suggest how “this kind of international collaboration” is vital in order to “get through the pandemic.”

In a concluding statement, he warned: “We are not going to be safe until we are all safe.” 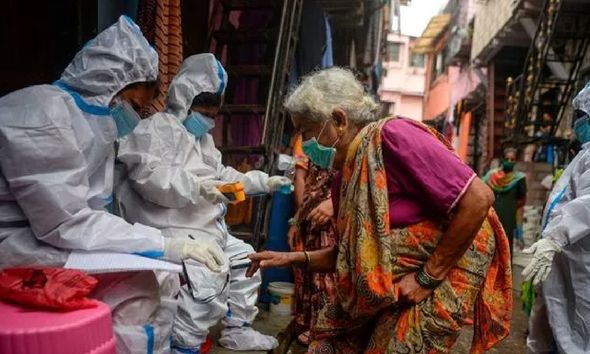 Speaking to Channel 4 News, Dr David Nabarro, Special Envoy on COVID-19 for the World Health Organisation (WHO) demanded a global response programme be set up “immediately” to share vaccines with struggling nations like India who are in the grip of a massive wave of covid.

He said: “The world needs a global covid response programme set up immediately by world leaders that recognises this is not just a problem for individual countries, this is a problem for all countries.”

Dr Nabarro warned: “What’s happening in India could well be happening in other countries in the next few months.”

His comments come as on Sunday India set a global daily record of new coronavirus infections for the fourth day running as 349,691 new infections were found. 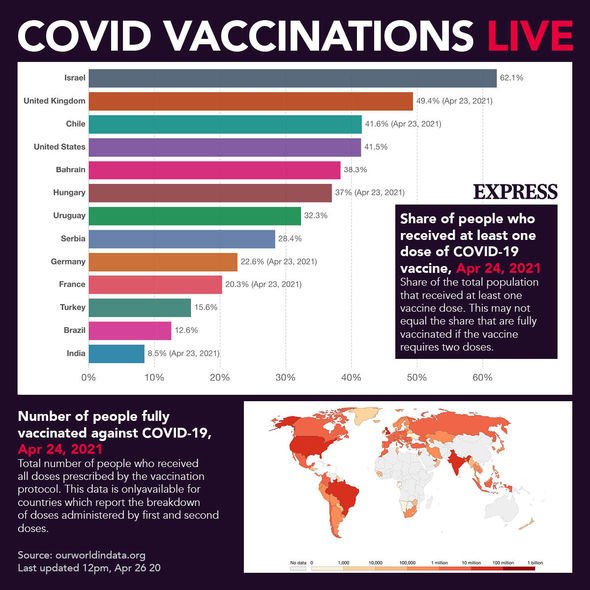 It leaves India’s total infections to more than 16.9 million, second behind the United States.

And tragically another 2,767 deaths were reported in the last 24 hours in India as the virus spirals out of control as the country undergoes oxygen shortages in hospitals with total deaths now standing at 192,311 in India.

Reports also suggest many Indians are dying as a result of the oxygen shortage in hospitals and medical centres which have hit breaking point.

Earlier this week Indian medic Dr Rajeev Ranjan who is working in a crisis struck hospital in Delhi told LBC how “last time the need for oxygen was around 20% but this time it has increased to around 50%” he added there is a “scarcity” of oxygen in India which has to provide for over 1.3 billion citizens as it tackles three new variants along with a suspected new third double mutant strain which emerged in the West Bengal region.