The Chancellor announced that the furlough system to shield workers from the threat of redundancy will stay in place for a further three months. Vowing to “stand by Britain’s workers” he said he refused to give up on the furloughed millions – nearly a quarter of the UK workforce – despite warning the scheme could cost taxpayers up to £100billion. The former banker admitted the loss of many firms and jobs as a result of the coronavirus epidemic was “heartbreaking”. Under the scheme, the Treasury pays 80 percent of the salary of a worker unable to do their job because of coronavirus lockdown measures, up to a maximum of £2,500 a month.

Mr Sunak announced the payments will remain unchanged until the end of October. But after July firms will have to contribute towards the cost of the scheme.

It will also become more flexible from August 1 with furloughed employees permitted to return to work on a part-time basis, even for only one day a week.

Full details of the changes are to be announced by the Treasury later this month.

The Trades Union Congress called the move “a big relief to millions of working families” while the British Chambers of Commerce hailed it as a “huge help” to employers.

A snap opinion poll from YouGov last night found 72 percent of more than 4,400 people quizzed backed the extension of the furlough scheme, while only 10 percent opposed the move.

But economists raised concerns about the eventual bill for taxpayers and impact on public finances. The Institute for Fiscal Studies said the scheme will cost £60billion by July and up to £10billion for an extra month, depending on employer contributions. 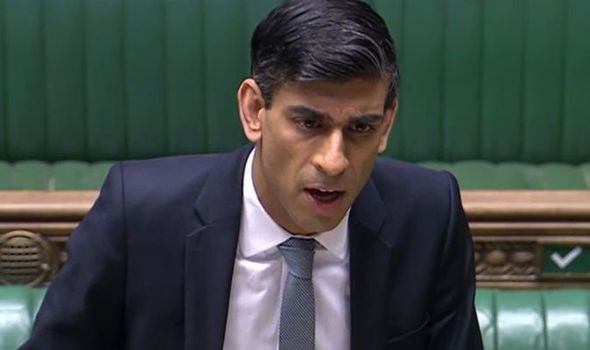 Mr Sunak, who put the cost at £8billion a month, said last night: “This is an expensive scheme but I also believe it’s absolutely the right thing to do.

“What’s very clear to me is that the cost of not doing this for society, for our economy, for our country, would be far higher and I am simply not going to give up on all these people, the seven million people.

“I want to provide as much support as I can to ensure that they have those jobs to go back to at the end of this.” Mr Sunak acknowledged that many jobs were already disappearing in the economic downturn caused by the lockdown.

He added: “We already know that many people have lost their jobs and it breaks my heart.

“This is not something that we’re going to wait to see – it’s already happening.

“That’s heartbreaking to me and that’s why I’m working night and day to limit the amount of job losses.”

Announcing the extension of the jobs retention scheme in the Commons, Mr Sunak told MPs: “We believe in the dignity of work and we are doing everything we can to protect people currently unable to work.

“This scheme has been a world-leading economic intervention, supporting livelihoods and protecting futures.”

Mr Sunak said the scheme will be kept under review but was likely to finally end by November.

He said: “Of course we will keep everything under review, but my expectation is by then the scheme should end.

“We have stretched and strained to be as generous as possible to businesses and workers which is why we have made the decision that we’ve made today, which is important to me personally.

“But of course as I’ve also said, the scheme is expensive. It is the right thing to do. The cost of not acting would have been far higher, but it’s not something that can continue indefinitely into the future.”

Self-employed workers who have lost earnings in the coronavirus crisis will start to receive cash payments from the Government “as early as next week” under a separate, previously announced support scheme.

Labour welcomed the decision to extend the furlough scheme, but has demanded more details about the contributions required from businesses.

Shadow chancellor Anneliese Dodds said: “The furlough scheme is a lifeline for millions. The Government was right not to pull it away.

“The Government must clarify today when employers will be required to start making contributions, and how much they’ll be asked to pay.

“If every business is suddenly required to make a substantial contribution from August 1 onwards, there is a very real risk that we will see mass redundancies.”