Co-leader of the party Patrick Harvie said he would not consider working in a coalition with Alba led by Alex Salmond. It comes as a poll revealed that a second Scottish independence vote would be justified if a “supermajority” of pro-independence MSPs were elected in May.

A survey by Panelbase revealed 55 percent of voters agreed that a new referendum would be merited if two-thirds of seats were won by the SNP, Greens and new Alba Party combined next month.

Some 45 percent would be opposed, once those who did not express an opinion were excluded from the result.

Nicola Sturgeon has repeatedly said there would be grounds for a new vote on Scotland’s future if her party wins a majority of MSPs on its own, and has ruled out working with Alex Salmond.

Speaking today as the party launched their election manifesto, Mr Harvie ruled out working with the former Scottish First Minister and said: “No, we wouldn’t, and I don’t expect him to be in power anyway. 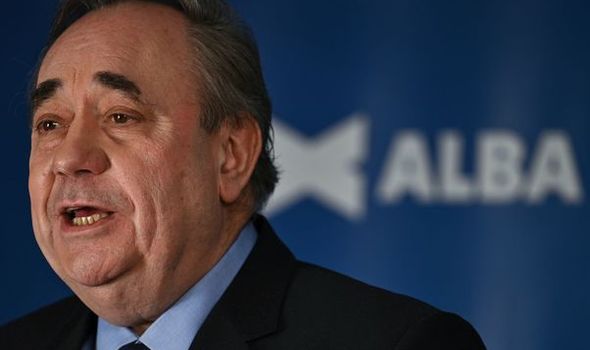 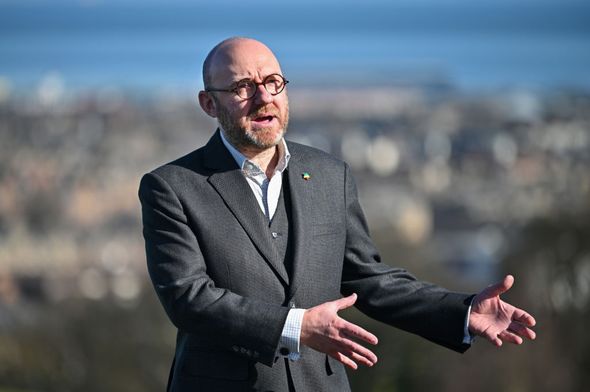 “It is for the people to decide what the election result is, and it will be for the biggest party to decide if they want to talk with others.”

Alex Salmond said if a “supermajority” of 86 pro-independence MSPs were returned to Holyrood next month during the election it would be a mandate to start talks with London on a second vote.

The Scottish Greens were however attacked after Mr Harvie admitted the end of North Sea oil and gas production within a decade could be the party’s price for joining the SNP in coalition after the election. 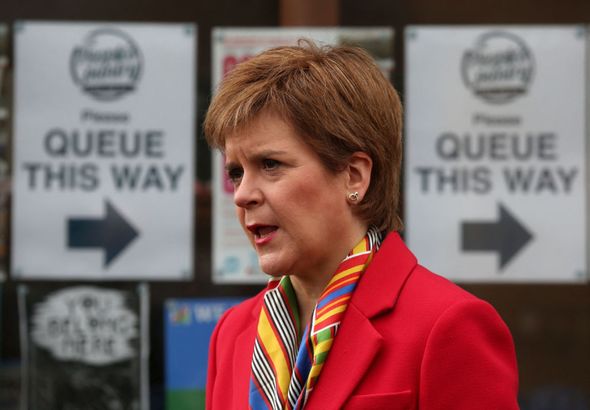 Challenged over a timeframe, Mr Harvie suggested the industry should stop within a decade.

Scottish Conservative leader Douglas Ross said: “Patrick Harvie admits he would back an SNP minority government at Holyrood, but his manifesto pledges lay bare the price ordinary Scots would be expected to pay for this nightmare alliance.

“The Greens are no different to Nicola Sturgeon’s SNP in their determination to force through another damaging independence referendum when all our focus should be on recovery.

“Not content with shutting down the North Sea oil and gas industry with the loss of 100,000 jobs, the Greens would also suffocate economic growth across Scotland.” 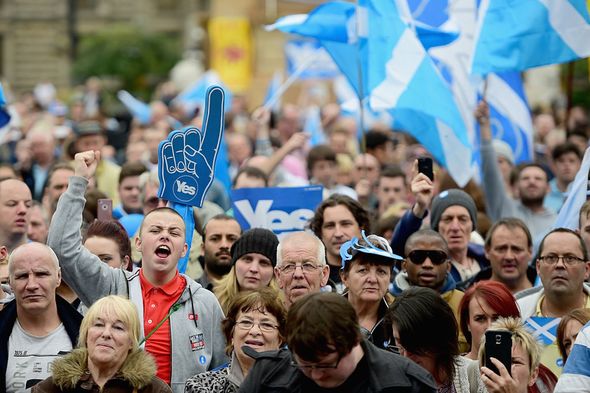 Co-leader of the party Lorna Slater also said Prime Minister Boris Johnson needed to support a second Scottish independence referendum sooner rather than later if he was to have “any chance of winning”.

Ms Slater added: “The speculation I have seen in the media this week is that Boris Johnson is thinking of calling it sooner rather than later. And to be fair that is probably in his interest.

“We know from polling something like 85 percent of young people between 16 and 24 agree that independence is normal and support Scottish independence, so if he’s got any chance of winning his side of the argument he’s got to call it pretty soon.”