The poll is the first since Nicola Sturgeon and Alex Salmond gave evidence to the Holyrood inquiry into the handling of harassment complaints against the former first minister. These latest statistics will be unwelcome news for Ms Sturgeon, as the poll shows how the inquiry is turning voters away from Scottish independence.

The poll was conducted by Savanta ComRes for The Scotsman on Sunday.

Some 1,015 adults were polled on March 4 and 5, the two days directly after Ms Sturgeon gave evidence.

Participants were asked: “If there was a referendum tomorrow with the question ‘Should Scotland be an independent country?’ how would you vote?”

Results showed that 46 percent would vote against Scottish independence, compared with 43 percent in favour. 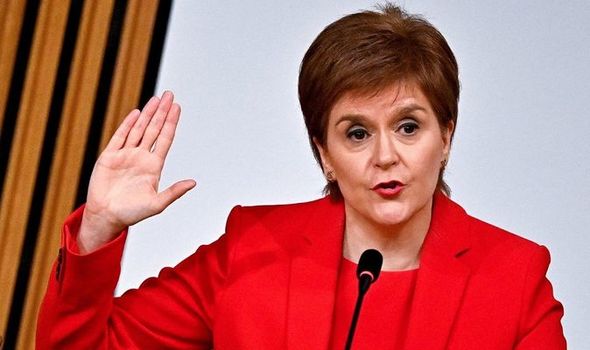 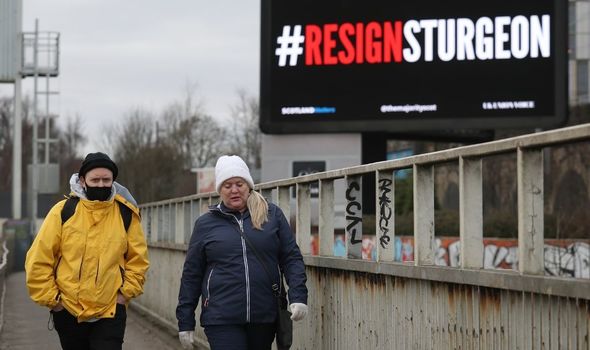 However, when unsure voters are excluded, the poll indicates 52 percent to 48 percent in favour of staying in the UK.

The figures have not been weighted for voter turnout, meaning they’re not directly comparable with previous polls on the subject, which have consistently shown the pro-independence vote having a lead for months.

But they are still worrying for those hoping to hold another referendum on the back of Brexit.

This new poll shows the Alex Salmond inquiry could be harming the case for independence. 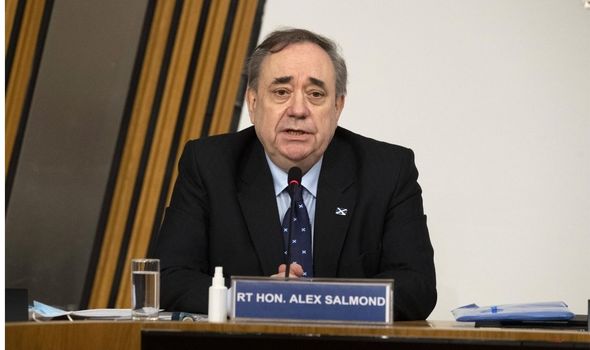 The same poll showed 43 percent of respondents said they now trust Ms Sturgeon less due to the inquiry, although trust in Mr Salmond has fallen more at 57 percent.

Asked which issues were making survey respondents more or less likely to vote for independence, those 35 percent interviewed said the inquiry was the biggest driver against voting Yes.

The next issue most likely to drive voters towards supporting staying in the UK was Brexit, with 26 percent saying it would make them less likely to vote for independence.

The Scottish government’s handling of the coronavirus pandemic and the vaccine rollout were the issues most likely to see survey respondents choose independence.

Chris Hopkins, associate director for Savanta ComRes, said: “Although awareness of the Salmond inquiry has unsurprisingly increased since December, it’s not to say that the story has had a great impact on its protagonists, with those who say that they trust both Nicola Sturgeon and Alex Salmond more and less now increasing by virtually the same proportions.

“With only a fifth of 2014 No voters less likely to support independence because of the saga, its impact on the first minister doesn’t look to be catastrophic – for now.”

In response, the SNP said: “With Scotland on Sunday/Savanta ComRes themselves stating that this poll is not comparable to previous polls and has not been properly weighted, it should be treated with caution. 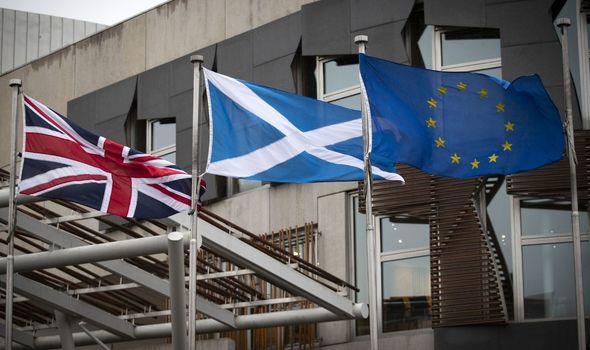 “The SNP is looking forward to the election campaign where we will work to win support from across Scotland to continue to protect people from Covid, support Scotland’s NHS, create jobs, and make sure that as we recover from the pandemic, Scotland’s future is decided by the people who live here, not Boris Johnson’s Tory party.

“That is what people across the country are focused on and that is what we will do.”

In January 2019, former SNP leader Mr Salmond was awarded a payout by the Court of Session after it ruled the Scottish government had acted unlawfully in its handling of sexual harassment allegations against him.

Mr Salmond received a total of £512,250 after it emerged the investigating officer was found to have had prior contact with two of the female complainers.

He was acquitted of 13 charges in March 2020 following a criminal trial.

A separate inquiry is now underway to consider if Ms Sturgeon breached the ministerial code, with the first minister answering questions for a gruelling eight hours before a Scottish parliament committee last week.

Polling expert Professor Sir John Curtice said the survey suggested the SNP was “no longer clearly heading for a Holyrood majority” at the upcoming election.

He said: “There are signs that as the election approaches, some of the softer support for the party and for independence has slipped away.

“The party needs to lift its eyes from its internal battles and reconnect with the less committed.”