A Foreign Office minister has quit following Chancellor Rishi Sunak’s announcement of a cut to the UK’s overseas aid spending.

Baroness Sugg resigned from her junior ministerial role after the government abandoned a Conservative manifesto commitment to fund the foreign aid budget at the equivalent of 0.7% of gross national income.

Announcing the cut at his one-year spending review on Wednesday, Mr Sunak said the government would instead spend 0.5% of gross national income on overseas aid.

The chancellor told the House of Commons the economic crisis caused by the COVID-19 pandemic meant “sticking rigidly to spending 0.7% of our national income on overseas aid is difficult to justify to the British people”. 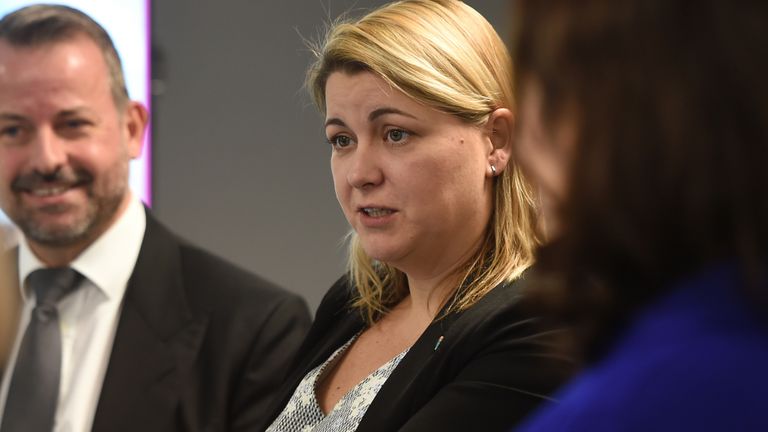 In her resignation letter to Prime Minister Boris Johnson, Baroness Sugg wrote: “I believe it is fundamentally wrong to abandon our commitment to spend 0.7% of gross national income on development.

“This promise should be kept in the tough times as well as the good.

“Given the link between our development spend and the health of our economy, the economic downturn has already led to significant cuts this year and I do not believe we should reduce our support further at a time of unprecedented global crises.”

She also told the prime minister that cutting foreign aid “risks undermining your efforts to promote a Global Britain and will diminish our power to influence other nations to do what is right”.

In his reply, the prime minister said he was “very sorry” to have received the peer’s letter of resignation, as he thanked Baroness Sugg for her “outstanding service”.

Foreign Secretary Dominic Raab said: “Liz has been a great minister and we will sorely miss her.

“She can be proud of her record championing girls’ education, promoting gender equality, supporting our Overseas Territories and the UK’s vital relations in the Caribbean.

The UK is committed in law to spending 0.7% of gross national income on foreign aid every year, under legislation passed during former prime minister David Cameron’s time in office.

However, the government is able to cite three reasons for not having met the yearly target, although it must say how it will reach the target in the following year.

Those reasons are any substantial change in gross national income; the impact of meeting the target on taxation, public spending or borrowing; and circumstances arising outside the UK.

The ex-prime minister nominated her for a peerage when he quit Number 10 in 2016.

Justin Welby, the Archbishop of Canterbury, was among those to criticise the chancellor’s cutting of the foreign aid budget, branding it “shameful and wrong”.

Labour’s shadow chancellor Anneliese Dodds claimed Mr Sunak had “turned his back on the world’s poorest”.

Conservative former cabinet minister Jeremy Hunt claimed the foreign aid cut would make the UK “poorer in the eyes of the world, because people will worry that we are abandoning a noble ideal that we in this country have done more to champion than anyone else”.

Fellow Tory ex-Cabinet minister Andrew Mitchell told Mr Sunak the cut would “be the cause of 100,000 preventable deaths, mainly among children”.