Eurosceptic Nicolas Bay claimed eurocrats had attempted to “punish” Britain for wanting to leave the Brussels project. He said this had created a cross-Channel trade “rival” and also hit out at chief negotiator Michel Barnier for selling out French fishermen to secure a deal. Speaking in the European Parliament, Mr Bay said: “Everything possible was done to stop Brexit happening – new elections, new referendum, parliamentary votes.

“And we had Jean-Claude Juncker, the predecessor of Ursula von der Leyen, who said you can’t have democratic choices against the European treaties.

“Council President Donald Tusk had the advocates of Brexit going to hell.

“All of these absurd things were said and demonstrate a kind of religious fanaticism on the side of the federalists.” 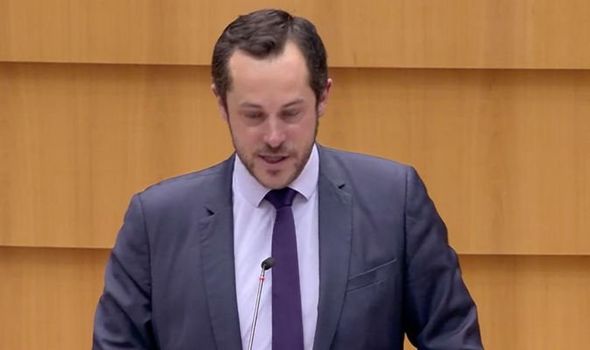