The Tory MP made the swearing gesture after Mr Mercer joked he had the misfortune of knowing his colleague for too long. Speaking at a Commons debate to mark Remembrance Day, the Minister of Defence said: “What I would say is that unfortunately him (Bob Stewart) and I have been friends for far too long. And you know…he thinks that…”

As he noticed the Colonel gesturing behind him, Mr Mercer joked: “Oh, he’s finally woken up!”

It came after Colonel Stewart told MPs of how he cradled a girl injured in a bomb blast as she died.

The Tory MP recalled the harrowing story of how the young girl, who had lost her legs and one arm in the attack, asked if she was going to die – and he told her she would.

Mr Stewart also said he watched six men under his command die during the same incident in Northern Ireland in 1982. 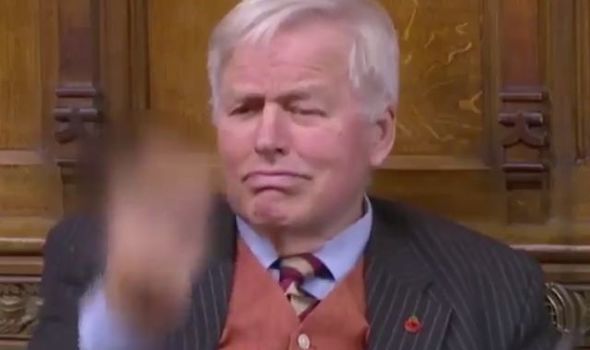 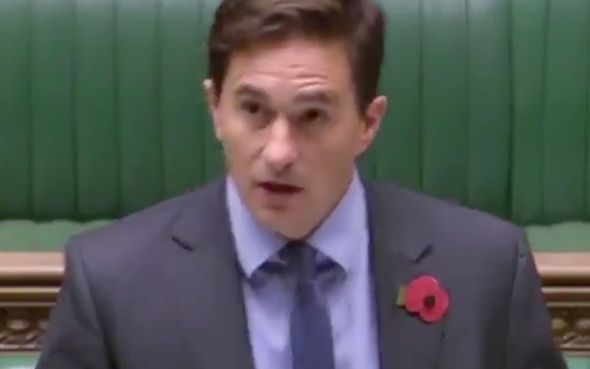 “I remember all the men that were killed under my command and in particular today may I mention those killed at Ballykelly on 6 December 1982 where 17 people were killed. Six of them were civilians and 11 were soldiers,” he said.

“Six of the soldiers were from my own company, the company of the Cheshire’s: Stephen Bagshaw, Clinton Collins, Philip McDonough, David Stitt, Stephen Smith and Shaw Williamson. They all died when I was present.

“I was the incident commander and as I went into the wrecked building that was the Droppin Well (Pub), almost the first person I saw was a girl lying on the ground. I was horrified. Both her legs had gone and an arm. I knelt down horrified again and spoke to her.”

Mr Stewart continued to describe how he spoke to the girl before she died.

“I held her and she died within two minutes. I wept. She died in a state of grace,” he said. 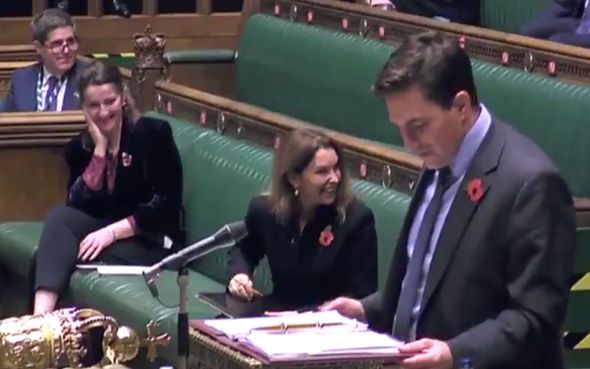 Fellow Conservative MP Richard Drax called on the Government to invest in Britain’s armed forces, adding: “We must invest in our armed forces to ensure they can fulfil their role and face future threats with confidence and with the right equipment.

“This is rightly a solemn occasion. But I wouldn’t be doing my duty I fear if I did not impress on the front bench that spending 2 percent or thereabouts of GDP is woefully, woefully inadequate.

“I hope the hundreds of billions we are spending on this pandemic will not affect the future funding of our armed forces.”

“I say again, constructively and respectfully, if ministers talk up our armed forces they must also account for the declines there have been in the last decade too.”