Hi. Welcome to On Politics, your guide to the day in national politics. I’m Lisa Lerer, your host.

Sign up here to get On Politics in your inbox every weekday. 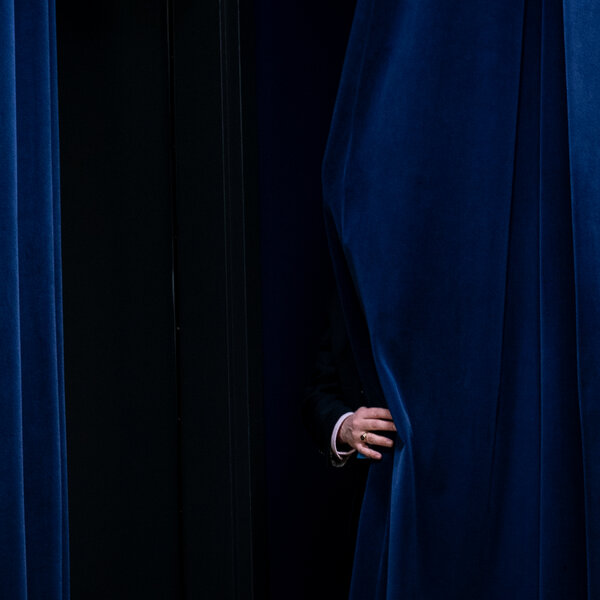 There must be someone who knows exactly what’s happening with President Trump’s health.

But it’s certainly not the American people.

Since Mr. Trump announced early Friday morning that he had tested positive for the coronavirus, the White House has spent days releasing conflicting and incomplete information about the true nature of his battle with Covid-19.

This afternoon, the president’s physician, Dr. Sean P. Conley, said that Mr. Trump’s health had improved and that he would be returning to the White House after spending three nights at Walter Reed National Military Medical Center. But he also said Mr. Trump “may not entirely be out of the woods yet.”

Dr. Conley and other experts have previously suggested a grim picture of Mr. Trump’s bout with the disease — his plummeting blood oxygenation, high fever and treatment with medication reserved for patients with severe Covid-19. Yet Mr. Trump and his team have insisted on projecting a rosy image of a president nearly undisturbed by his illness.

Their efforts have been fairly ham-handed: The president’s trip in his motorcade to greet supporters outside the hospital led to criticism that he had exposed his Secret Service team to the virus. And Mr. Trump told his Twitter followers today not to fear Covid-19 and “don’t let it dominate your life,” seemingly ignoring the more than 209,000 people who have died from the virus in this country.

Meanwhile, some medical experts said that it would be unsafe for Mr. Trump to return to the White House now, given that some patients quickly deteriorate several days into their illness.

It is not an exaggeration to say that the health of the president of the United States is the highest-stakes question in the world right now. The flood of confusion, evasion and distortion from the White House has left Americans, and America’s allies, shaken and uncertain.

There is just so much we don’t know: When did the president get sick and how sick did he get? How many people did he interact with after receiving his diagnosis or showing symptoms of the virus? And what is the administration’s plan if his condition deteriorates?

It’s not clear how Mr. Trump’s team could clear up the confusion at this point. Certainly, more transparency about the president’s health and clear guidance on the White House’s contingency planning, as much as it exists, would help. But the reality is that the stream of falsehoods from this administration over the past four years has eroded public trust both at home and abroad.

Often the deceptions and exaggerations spread by Mr. Trump and his allies have been about the president’s image and self-regard: the size of his rallies, for example, or his net worth or charitable foundation.

His health is a far more serious matter, one that puts national security at risk.

The world is watching right now, and this is what people see:

The American president is hospitalized with a serious illness, in the final stretch of an election whose results he won’t promise to accept. The number of infected people in the White House and in Congress grows daily, potentially hampering the operation of government. All the while, the country is facing a largely uncontrolled pandemic, a struggling economy and civil unrest over racial justice. And, don’t forget, Russia is already meddling in the election.

It’s not a picture of a country ready to fend off foreign interference, warn national security experts, who say adversaries probably see the United States as distracted and weakened.

The threats are real, they say. Maybe the White House response should be so, too.

Drop us a line!

We want to hear from our readers. Have a question? We’ll try to answer it. Have a comment? We’re all ears. Email us at [email protected].

Thanks for reading. On Politics is your guide to the political news cycle, delivering clarity from the chaos.

On Politics is also available as a newsletter. Sign up here to get it delivered to your inbox.

Is there anything you think we’re missing? Anything you want to see more of? We’d love to hear from you. Email us at [email protected].