WASHINGTON (AP) — President Donald Trump offered a new rationale Sunday for threatening to veto the annual defense policy bill that covers the military’s budget for equipment and pay raises for service members: China. He did not outline his concerns.

Republican and Democratic lawmakers say the wide-ranging defense policy bill, which the Senate sent to the president on Friday, would be tough on China and must become law as soon as possible.

Both the House and Senate passed the measure by margins large enough to override a potential veto from the president, who has a history of failing to carry out actions he has threatened.

“The biggest winner of our new defense bill is China! I will veto!” Trump said in a new tweet.

THE BIGGEST WINNER OF OUR NEW DEFENSE BILL IS CHINA!. I WILL VETO!

The White House did not immediately respond to an emailed request for comment on Trump’s specific concerns about China.

Senate Majority Leader Mitch McConnell, R-Ky., has said the bill would help deter Chinese aggression. Other GOP backers of the measure, including Sen. John Thune of South Dakota, the second-ranking Senate leader, and Rep. Mike Gallagher of Wisconsin, a member of the House Armed Services Committee, have tweeted that the bill would counter threats from countries such as China.

Sen. Jack Reed of Rhode Island, the top Democrat on the Senate Armed Services Committee, said Trump’s declaration that China is the biggest winner in the defense bill is false. Reed also noted the shifting explanations Trump has given for the veto threats.

“President Trump clearly hasn’t read the bill, nor does he understand what’s in it,” Reed said. “There are several bipartisan provisions in here that get tougher on China than the Trump Administration has ever been.”

A potential override of a veto would be a first for Trump and would come not long before he leaves office Jan. 20. A two-thirds vote is needed in each chamber for the bill to become law without Trump’s signature. 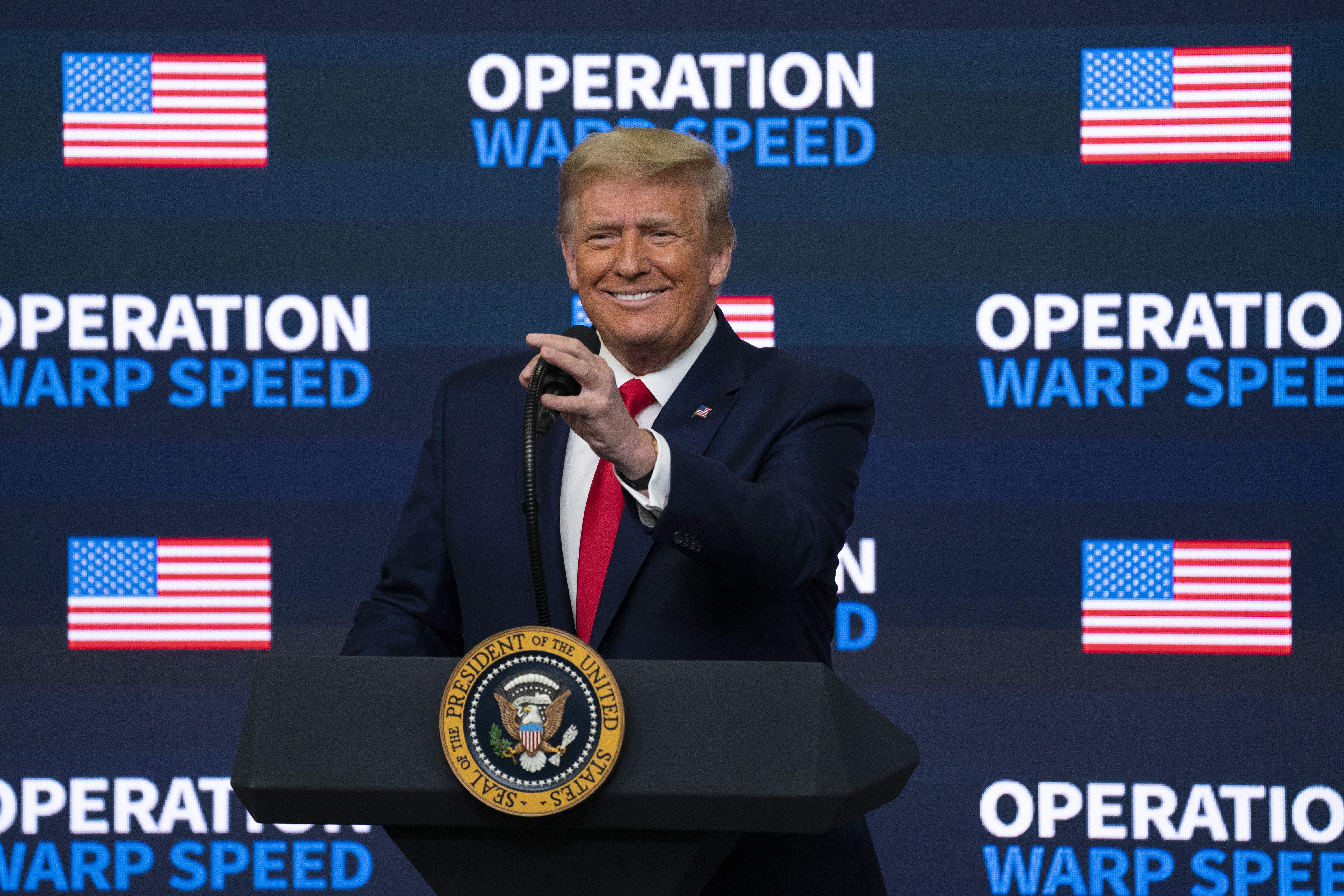 The president has made numerous threats over Twitter to veto the bill over a requirement that military bases honoring Confederate leaders eventually be renamed. He also threatened a veto to try to force lawmakers to include provisions — unrelated to the military and national defense — to punish social media companies he claims were biased against him during the election.

Congress has approved the bill, known as the National Defense Authorization Act, for nearly 60 years in a row. The current version affirms 3% pay raises for U.S. troops and authorizes more than $740 billion in military programs and construction.

The measure guides Pentagon policy and cements decisions about troop levels, new weapons systems and military readiness, military personnel policy and other military goals. Many programs can only go into effect if the bill is approved, including military construction.

McConnell, in a rare break with Trump, had urged passage despite Trump’s threat to veto it. McConnell said it was important for Congress to continue its nearly six-decade long streak of passing the defense policy bill.

In addition to the budget and pay raises it would provide, McConnell said the bill will “keep our forces ready to deter China and stand strong in the Indo-Pacific.”

Gallagher tweeted last week that the United States was at the beginning of a “New Cold War” with China and that the defense bill “takes important steps to help us meet these challenges and ultimately win this competition.” Thune had said in a tweet that the measure would help the U.S. defend against threats from China and Russia. “It’s important for this bill to become law ASAP,” he said.

Trump tweeted last Tuesday that he will veto “the very weak” defense bill unless it repeals Section 230, part of the communications code that shields Twitter, Facebook and other tech giants from content liability. The White House said in a policy statement that “Section 230 facilitates the spread of disinformation online and is a serious threat to our national security and election integrity. It should be repealed.″

Tory rebels threaten to vote against budget if taxes rise, as details of Sunak’s plans emerge