The move follows increased tensions between London and Beijing in recent months. China is the world’s second largest economy and has its own space programme. Commons foreign affairs committee chairman Tory Tom Tugendhat said: “It’s been extraordinary to find we are still spending overseas development assistance in China,” but added: “I’m very pleased to see the figure fall so dramatically.” Former Tory leader Iain Duncan Smith called the 95 percent aid cut a “good start”, but said: “There are many more British investments in China that support the dictatorial, repressive and violent regime and should be ended.”

Danielle Boxall, of the TaxPayers’ Alliance, said: “Slashing foreign aid to China is long overdue. Previous projects, like helping the Chinese produce rice, saw wanton waste of taxpayers’ cash.This should be a stepping stone to a proper and permanent cut in the ostentatious overseas aid budget.”

The cut emerged when Mr Raab said about £8billion would be allocated from the UK aid budget for the 2021/22 financial year. He said: “The resulting portfolio marks a strategic shift, putting our aid budget to work alongside our diplomatic network, our science and technology expertise and our economic partnerships in tackling global challenges.”

He said £906million would be spent on humanitarian projects, focusing on countries most affected by famine including Yemen, Syria, Somalia and South Sudan. Other spending included £534million to tackle climate change, £1.3billion on global health and £400million on girls’ education. 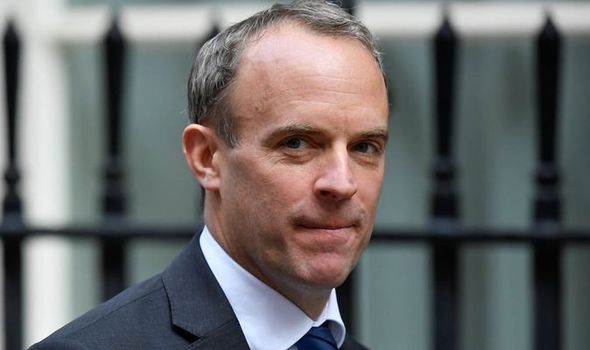 Opposition MPs criticised the decision to temporarily cut aid below the target 0.7 percent of national output.

Labour MP Sarah Champion, chair of the International Development Committee, said: “With our economy set to rebound sharply this year, the logic for the cuts to the world’s poorest is making less sense as time goes on.

“Developing nations are unlikely to rebound as quickly – they have some time of economic ruin to get through.”