NEW ORLEANS — It was shortly after Mardi Gras, and Robert D. Givens thought he had a sinus infection.

His wife, Veneshia Givens, said she believed “deep down” it was the coronavirus. Mr. Givens, 51, went to the urgent care center, but doctors did not give him a coronavirus test, his wife said. Instead, they sent him home with sinus medication. After that, Mr. Givens thought little more of his illness and returned to work as a longshoreman at the Port of New Orleans.

Days later, his headache worsened and his breathing labored. Then, he was admitted into the intensive care unit. Weeks later, he died of the coronavirus.

Around the same time, his childhood friend and fellow longshoreman, Windell B. La Cour, died from the virus. Then, another friend and colleague on the docks, David Page, tested positive for the virus and was out of work for weeks in recovery. The union’s local president, David Magee, also contracted the virus, and spent weeks in the hospital.

“It was like a domino effect,” Ms. Givens said.

The outbreak shook the port community, and nearly caused the Port of New Orleans to shut down, local union officials said. Henry Glover, 48, who gives longshore workers in New Orleans their daily job assignments, remembers colleagues frantically calling him in the days after, refusing to go to work, worried they would be the next to get the virus and die.

Ms. Givens was so worried that the working conditions at the port caused her husband’s death that she prevented her son from going back to work as a longshoreman until the pandemic fades. 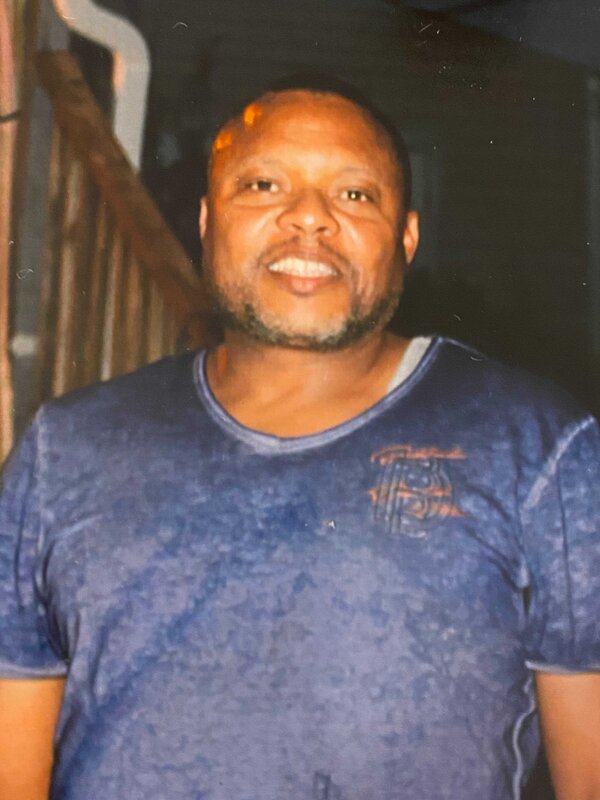 The coronavirus is surging again, and outbreaks are starting to re-emerge in ports across the country. In interviews with over a dozen longshoremen, their families and maritime officials at multiple ports in the United States, all urged government officials to recognize the essential nature of longshore work and protect individuals from conditions that make it ripe for the virus to spread.

In particular, they say longshore workers should be provided rapid testing and early access to the coronavirus vaccine so they can remain on the job and prevent outbreaks from shutting the nation’s ports.

“We’re hidden,” said Kenneth Riley, the president of the local longshoremen’s union in Charleston, S.C. “But if you think some of the store shelves were empty as we got into this pandemic, let these ports shut down and see how empty they’ll be.”

Longshore work is exhausting, and often requires close contact with others. The trade is essential to the economy, with longshore workers serving as a crucial link between moving goods from a shipping vessel onto trucks and trains that send them to their final destination, experts said.

Over 95 percent of overseas trade for the United States flows through one of around 150 deepwater ports in the country, according to the Army Corps of Engineers.

The workers at highest risk of being exposed to the virus are deep sea longshoremen, who are primarily Black and do most of the work that requires the lifting and moving of goods, union officials noted.

Lashers, who take steel rods off containers so they can be lifted by crane operators, sweat and breathe heavily as they work in pairs side by side. Shuttle drivers, responsible for transporting their fellow longshoreman to and from either ends of a dock that can stretch for miles, spend their days packed in Ford Crown Victoria’s and school buses with other longshoremen.

“It’s very high risk,” said Gail Jackson, 45, a shuttle driver on the docks in Charleston who contracted the virus and spent weeks off the job. “There’s no way for us to be six feet distanced.”

They added that many of their local unions were working to shield longshoremen from the virus by trying to provide protective equipment. They said some ports, such as the one in Charleston, are spending upward of $200,000 a week to protect their workers from large-scale outbreaks on the docks that would grind their work to a halt and cause significant delays in shipping goods to consumers. “This is not sustainable,” the union’s president, Harold J. Daggett, wrote of the costs.

In May, the Transportation Department provided longshore workers with cloth facial coverings, as part of its effort to donate 15.5 million masks to transportation workers. Since then, they have not provided any other protective equipment, sanitizer or rapid tests to port workers, according to union officials. The transportation secretary, Elaine Chao, has been reluctant to involve the federal government in protecting transportation workers from the pandemic, saying it is a “labor-management” issue in an interview in June with Politico.

On Capitol Hill, there is a provision in the INVEST in America Act, a transportation overhaul bill, that calls for a mandatory mask mandate for transportation workers, including longshoremen. But that bill, which has passed the House, is stalled in the Republican-led Senate. A stand-alone bill in the Senate, sponsored by Senator Richard Blumenthal, Democrat of Connecticut, has the same provision but has not been put to a vote.

Last week, two federal maritime commissioners urged the C.D.C. and the Transportation Department to provide port workers with rapid coronavirus testing and early access to the coronavirus vaccine. They added that outbreaks have started to re-emerge in ports like Charleston, Philadelphia and Los Angeles, “causing substantial requirements for quarantine and threatening freight movement through these ports.” Union officials in the Gulf Coast region have also started lobbying their state governors to be considered for early access to the vaccine, union representatives said.

Daniel B. Maffei, a federal maritime commissioner appointed by President Barack Obama, said if port workers were not provided vaccines in this first wave, potential outbreaks could sideline longshore workers as ports face increases in cargo volume because of the confluence of changed spending habits during the pandemic, the holiday shopping season and the continuing need for personal protective equipment.

“If longshoremen have to stay home because they’re still vulnerable to Covid,” Mr. Maffei said in an interview, “it’s going to be a perfect storm that could jam the entire supply chain.” He added that truckers and other transport workers were equally essential.

Industry experts say that longshore workers represented by unions that have strong political connections and robust funds from union dues are able to provide workers more protection, including advice from local medical experts on how to ensure social distancing on the docks, on-site coronavirus testing and temperature screenings.

But others with less power and money, including ports that are smaller, are still asking for resources from government officials and are having trouble paying for things like masks, hand sanitizer and rapid tests.

Christopher Hammond, 49, a longshoreman in New Orleans, who handles the finances for the workers’ union in the city, said he still had no funding to provide his workers coronavirus tests. “There’s a real problem,” he said. “We can’t even gauge the level of people that are infected because we can’t test.” At least four longshoremen have died at this port, according to union representatives.

Many officials note that since the nature of longshore work is day labor, workers may look for any reason to escape getting tested unless they show symptoms to prevent going weeks without pay as they isolate.

“There are people who know they’re sick, and go into work,” said Alan A. Robb, the president of the longshore union’s Gulf Coast district office, in Texas. “They can’t afford to miss a day.”

There are certain elements to longshore work that pose an inherent risk for workers, most acutely their daily hiring events, where workers bid for a job on one of the ships coming into port that day.

On an early December night in Savannah, Ga., when it was a brisk 46 degrees, over 500 workers gathered outside the city’s union hall shortly after dusk for a chance to work an overnight shift on one of the vessels docking at port.

Workers, in order of seniority, were squeezed into marked-off areas shoulder to shoulder. Many wore masks, sometimes slipping off, as workers reached over one another to hand a foreman their union card to get selected onto a crew for the night.

Barry Griffin, a longshoreman who runs the daily hiring in Savannah, said he tries to hold the events outside to protect from the virus, but if it gets too cold, or the weather is unpleasant it could be moved inside. “I make a game-time decision,” he said. Jackie Robinson, the longshore union’s local president in Savannah, contracted the virus this year and recovered. His wife died from the virus.

And in Houston — one of the country’s largest ports, where at least three longshoremen have died, according to union officials — Mr. Robb remembers in the early summer how one worker, whom he called a “social butterfly,” tested positive for the virus, prompting a crisis as his office tried to track down and isolate every person that man had came into contact with throughout the day.

“This is one guy who tested positive that literally almost shut the Houston waterfront down,” he said. “That could happen anywhere. That’s the nightmare scenario.”