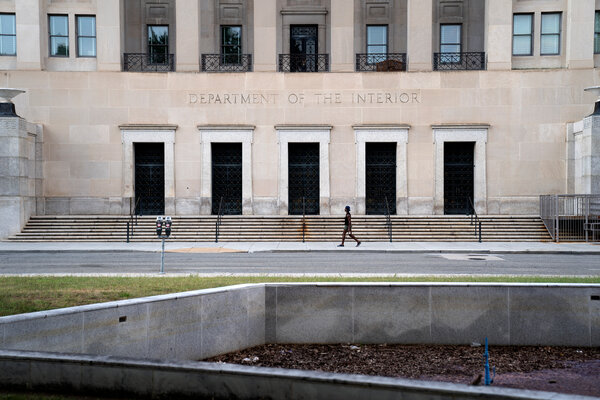 WASHINGTON — Juliette Hart quit her job last summer as an oceanographer for the United States Geological Survey, where she used climate models to help coastal communities plan for rising seas. She was demoralized after four years of the Trump administration, she said, in which political appointees pressured her to delete or downplay mentions of climate change.

“It’s easy and quick to leave government, not so quick for government to regain the talent,” said Dr. Hart, whose job remains vacant.

President Donald J. Trump’s battle against climate science — his appointees undermined federal studies, fired scientists and drove many experts to quit or retire — continues to reverberate six months into the Biden administration. From the Agriculture Department to the Pentagon to the National Park Service, hundreds of jobs in climate and environmental science across the federal government remain vacant.

Scientists and climate policy experts who quit have not returned. Recruitment is suffering, according to federal employees, as government science jobs are no longer viewed as insulated from politics. And money from Congress to replenish the ranks could be years away.

The result is that President Biden’s ambitious plans to confront climate change are hampered by a brain drain.

“The attacks on science have a much longer lifetime than just the lifetime of the Trump administration,” said John Holdren, professor of environmental science and policy at Harvard and a top science adviser to President Barack Obama during his two terms.

At the Environmental Protection Agency, new climate rules and clean air regulations ordered by President Biden could be held up for months or even years, according to interviews with 10 current and former E.P.A. climate policy staff members.

And at the Defense Department, an analysis of the risks to national security from global warming was not completed by its original May deadline, which was extended by 60 days, an agency spokesman said.

Mr. Biden has set the most forceful agenda to drive down planet-warming fossil fuel emissions of any president. Some of his plans to curb emissions depend on Congress to pass legislation. But a good portion could be accomplished by the executive branch — if the president had the staff and resources.

While the Biden administration has installed more than 200 political appointees across the government in senior positions focused on climate and the environment, even supporters say it has been slow to rehire the senior scientists and policy experts who translate research and data into policy and regulations.