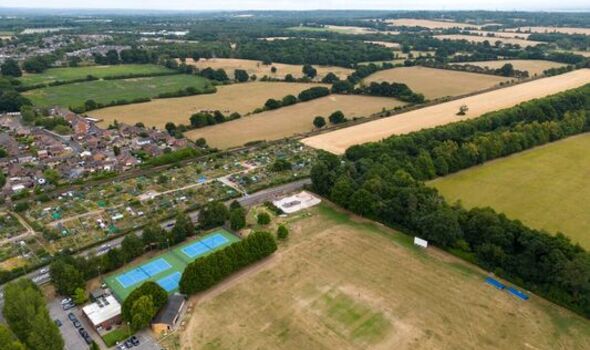 South East Water yesterday (WED) became the second water company to restrict use of hosepipes and sprinklers, announcing a ban within Kent and Sussex from next Friday.

Southern Water announced the first hosepipe ban of the year last week on Hampshire and the Isle of Wight from tomorrow (Friday).

For England as a whole last month was the driest since 1935, Met Office figures showed.

Met Office spokesman Grahame Madge said: “The forecast for the next seven to ten days doesn’t show any potential for significant rainfall in those areas which experienced very dry conditions during July.”

Long-range forecasts suggest the south and west could get some respite from thunderstorms but warnings suggest the country could be in drought this month if the dry conditions continue.

Temperatures are expected to reach the low 30sC towards the latter part of next week in southern and south eastern England.

Karen Gibbs, senior policy manager at the Consumer Council for Water (CCW), said: “The exceptionally dry weather and high demand for water means restrictions are now needed in these regions to protect water for essential use and to ensure the environment is not left permanently scarred.”

The temporary use ban means hosepipes cannot be used to water gardens or clean cars, and ornamental ponds and swimming pools must not be filled.

The moves to curb water use come after England has seen the driest eight-month period from November 2021 to July since 1976, when much of the country struggled in extreme drought.

Last month saw a record-breaking heatwave and the driest July in records dating back to 1836 for south east and central southern England.

Photographs from Ardingly in West Sussex showed scorched terrain, while other snaps showed Bewl reservoir at 64 per cent full.

In a statement, South East Water said: “During July in the South East, we have only seen eight percent of average rainfall for the month, and the long-term forecast for August and September is for similar weather.

“The demand for water this summer has broken all previous records, including the Covid lockdown heatwave.”

The company said it had been left with “no choice” but to restrict the use of hosepipes and sprinklers.

Other water firms have indicated they may follow suit if the prolonged dry spell continues.

In its latest update, South West Water said that “if the exceptional levels of demand and sustained dry weather continues we may have to make the difficult decision to introduce formal restrictions over the coming weeks to limit the pressure on resources and to protect the environment”.

Other water companies said they are not anticipating having to bring in restrictions this year but warned the autumn and winter would need to restock supplies.

Affinity Water, which supplies water to parts of south-east England and London, said that it should not need to introduce restrictions this year but was dependent on rainfall over the coming winter to refill groundwater aquifers for next spring and summer.

A statement from Anglian Water said: “Despite a very dry year so far, our reservoir levels are stable, at around 80 per cent full, and our groundwater sources are in reasonable shape too, so we’re not currently planning on any hosepipe bans this year,” but added river levels were being closely watched.

He said: “In the longer term, harvesting rainwater for outdoor use, installing water-efficient domestic appliances and, if not already installed, getting a water meter, all help to manage our individual water demand.”