As soon as the Taliban made their move on Kabul, as soon as their fighters started to appear on the streets, it was clear those most scared of their arrival would try to escape. With the city completely surrounded, the airport was the only place to go.

Even as we drove down the airport road towards the complex gates, hundreds of people had gathered trying to push their way inside.

Within hours that number had grown to thousands, by morning they were on the tarmac. The US and British military were overwhelmed.

Afghanistan live updates: All the latest as the Taliban establish new government

The hastily drawn up evacuation plans for thousands of foreigners and their Afghan workers slowly but surely fell apart.

From a rooftop we watched a US transporter plane approach Kabul airport through the late afternoon sun, Apache helicopters circling, watching the runway, checking if it was clear and safe to land.

Even a reaper drone had been dispatched to oversee the plane’s arrival.

But we watched as a decision was clearly made to abort the landing and the plane pulled away into the bright blue skies as gunfire crackled around us.

The reason is clear – utter pandemonium on the entire airfield, hundreds of Afghans having breached all security, swarming around air force planes, attempting to clamber onboard. 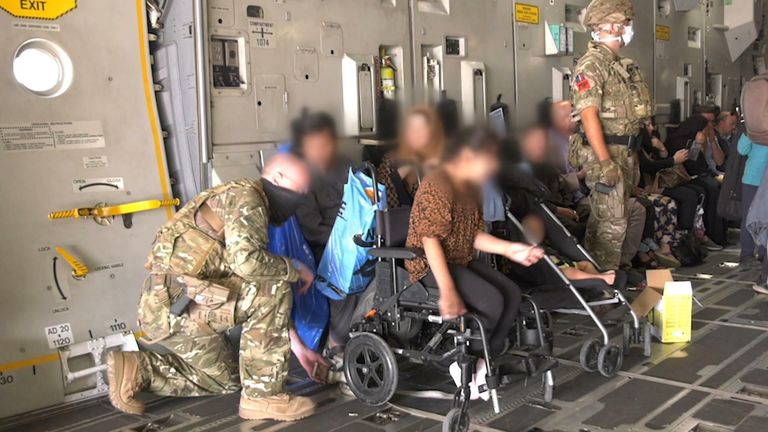 It’s desperate stuff and they are desperate to get out of this country – destination anywhere but here.

It was chaos outside the terminal as well, thousands had descended on to the airport road.

It was clogged up with people and vehicles. 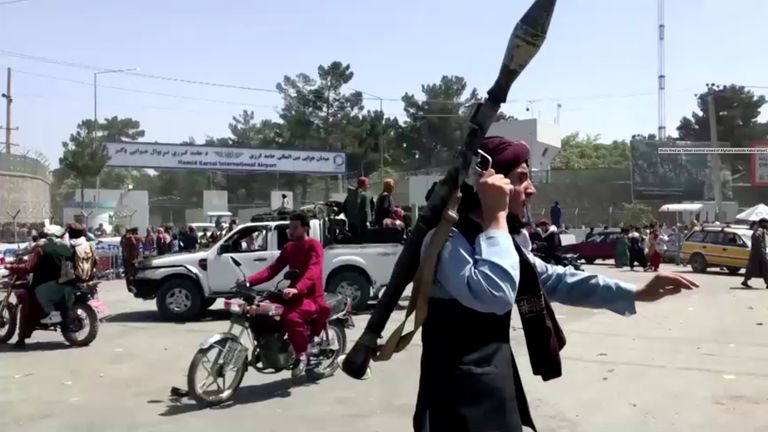 Both the Afghan army and the Taliban were firing shots into the air at separate parts of the airport complex, trying to push the crowds back.

The airport is surrounded by huge blast walls, but people clambered up them, trying to make their way through gaps in the cement.

Throughout the day the sound of gunfire reverberated around us.

Two Apache helicopters circled above monitoring the source of the shooting – an overwatch of the mayhem below – and at times there was a clear exchange of fire – by whom remains unknown to us.

In contrast, the city proper remains remarkably calm. It is awash with Taliban fighters and to all intents and purposes they control every district. 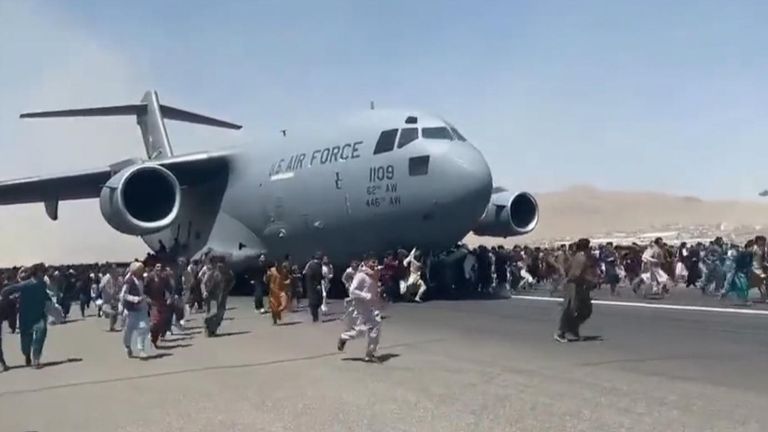 Sky News filmed Taliban fighters on street corners and at intersections as they oversaw Kabul’s residents going about their day. Slowly but surely the capital was coming back to life after being deserted.

It’s still quiet by Kabul standards, but that is changing.

What’s striking is the amount of sophisticated equipment the Taliban have taken from the Afghan military – rows of armoured personnel carriers, Humvees and trucks are parked on major roads across the city.

The fighters patrol around town in their traditional pick-up trucks all armed to the teeth for a battle they have actually won.

Other fighters passed through their checkpoints in their newly-acquired military vehicles.

Qari Bashir, in his new special forces helmet, told us that people in Kabul are getting used to the idea of a new reformed Taliban.

“Alhamdulillah the security is now good, and the people are very happy.” 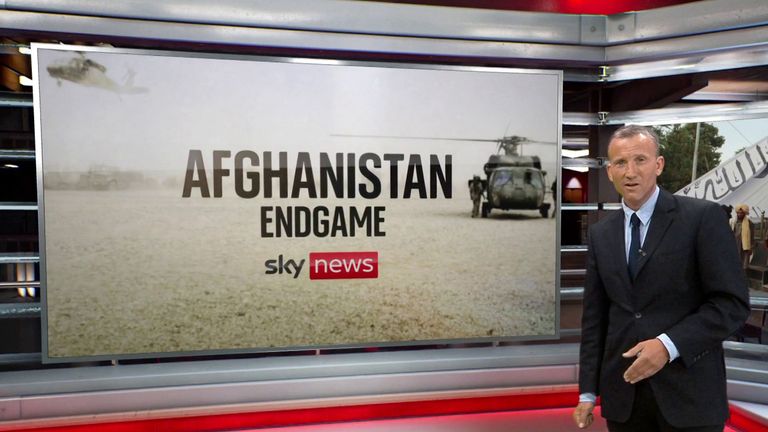 “Before we arrived, people thought that the mujahideen would steal their property and thought we would harm them, but now they see us and feel free, and all the markets are open,” he said.

The truth is that thousands, maybe even millions of people here – and much of the international community – don’t believe the Taliban have changed their ways, or forgive people with links to foreign powers. They however disagree.

“We assure people that there won’t be any problems for them, they should start living their normal lives, the Emirate announced amnesty for them yesterday,” Mulawi Rahmani, a Taliban fighter stationed outside the presidential palace, said.

While the Taliban creates its new government and the world watches on, the effort to remove foreigners and their Afghan employees continues.

The truth is that in the chaos the foreigners will be the priority.

And like Afghanistan itself – the Afghans will likely be left behind.