Archaeologists have analysed DNA found in the remains of a woman who died 7,200 years ago in Indonesia – challenging previous theories around the migration of early humans.

The remains of the teenager, nicknamed Besse, were discovered in the Leang Panninge cave on Sulawesi in 2015.

It is believed to be the first time ancient human DNA has been discovered in Wallacea, a group of islands between mainland Asia and Australia. 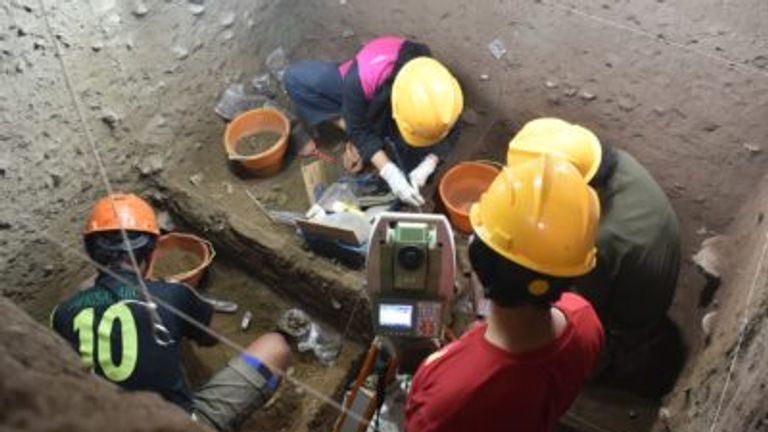 But the discovery of Besse suggests people with East Asian genes may have been there long before that.

After extracting DNA from a bone in her inner ear, scientists found she shared ancestry with New Guineans and Aboriginal Australians, as well as an extinct species of ancient human.

In findings reported in the journal Nature, the researchers suggest she may have belonged to the Toalean people, who are thought to have lived in Sulawesi at the time.

“The Toaleans were early hunter-gatherers who lived a secluded existence in the forests of South Sulawesi from around 8,000 years ago until 1,500 years ago, hunting wild pigs and collecting edible shellfish from rivers,” said Professor Adam Brumm, from the University of Griffith.

Besse’s remains were found alongside tools typically used by the Toaleans, which “suggests that this past culture had limited contact with other early Sulawesi communities or people in nearby islands, existing for thousands of years in isolation” according to co-author Adhi Agus Oktaviana, a researcher in Indonesia’s national archaeological research institute and doctoral candidate at the Griffith Centre for Social and Cultural Research.

The researchers said the DNA analysis confirms that Toalean foragers were related to the first modern humans to enter Wallacea around 65,000 years ago.

“These seafaring hunter-gatherers were the earliest inhabitants of Sahul, the supercontinent that emerged during the Pleistocene (Ice Age) when global sea levels fell, exposing a land bridge between Australia and New Guinea,” Professor Brumm said.

“To reach Sahul, these pioneering humans made ocean crossings through Wallacea, but little about their journeys is known.”

Prof Brumm added: “The discovery of Besse and the implications of her genetic ancestry show just how little we understand about the early human story in our region, and how much more there is left to uncover.”