The find was made during Channel 5’s new series – ‘Secrets of Pompeii’s Greatest Treasures’ – as presenter and archaeologist, Bettany Hughes, travelled to the preserved ancient Roman city which was buried in volcanic ash following the eruption of Mount Vesuvius in 79AD. Almost 2,000 years after devastation, Ms Hughes took a glimpse into the past by walking the streets of Pompeii, exploring areas usually off-limits and talking to experts analysing the sobering remains of those that tried to escape. One of the victims though, a boy believed to be as young as four, is helping experts today to piece together exactly how the devastation unfolded on the city, thanks to modern scanning technology.

Ms Hughes said last week: “This is a heartbreaking story that gives us a whole new perspective on the tragic destruction of the city.

“It’s not the incredible mosaics, buildings and frescoes that make Pompeii so special, it’s something much more tragic.

“Probably the most famous and most disturbing remnants of the eruption of Vesuvius are the victims, the people at the city.

“Trapped in their final excruciating moments, each of these casts tells a story of the final seconds of the individuals who lived here – a couple who died in a loving embrace, the slave still trapped in his shackles, the mule driver holding his head in his hands.” 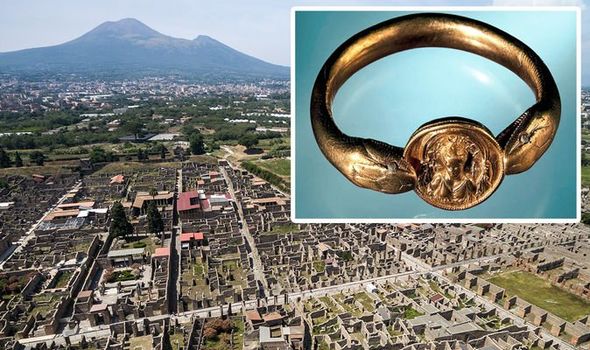 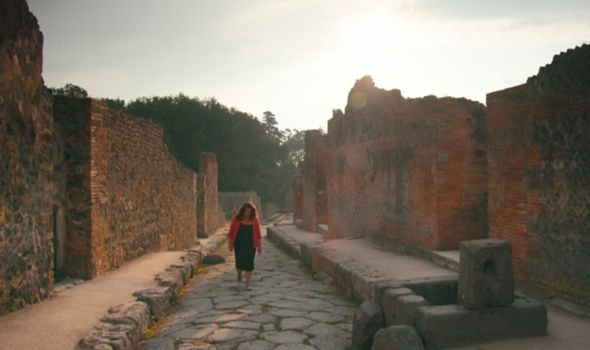 Ms Hughes explained how the cast of the young boy offers an insight into his life.

She added: “But, there’s one cast in particular that never fails to break my heart every time I see it.

“This young child is incredibly moving because he’s a symbol of the truth of the appalling tragedy that happened here, and of the lives that were interrupted.

“The child was found in one of Pompeii’s grandest villas, next to a man and a woman holding another small infant, most likely his family.

“Dr Llorenc Alapont has studied the toddler of Pompeii in detail, and I hope he can shed some light on this little boy’s short life, he’s done a scan, an X-ray on the toddler.”

Dr Alapont explained how his team were able to date the age of the boy based on his bone structure. 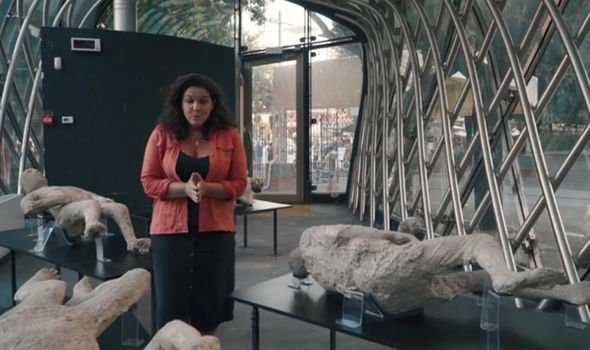 He said: “We find a lot of information from this because we can see all the bones inside of this cast.

“When you are young, all the bones are not completely fused, so we can see very well that the fibula is not fused.

“When we find this, we can know the age, this corresponds with a four or five-year-old, he’s a very young child.”

But, Ms Hughes explained how other clues were also unveiled through the scan of the boy.

She added: “The quality of his teeth and bones shows he had a good diet and his mother was found wearing a huge gold bracelet suggesting this was a well-to-do family.

“He’d probably grown-up in the luxurious villa where he was found, cowering under the staircase. 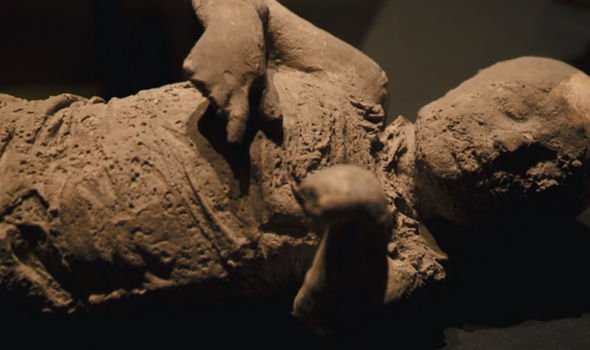 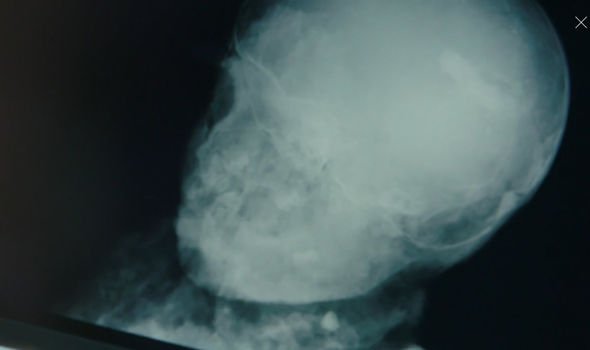 “Records reveal four-year-olds in ancient Rome spent their days playing with toys and family pets and having stories read to them by relatives.

“They even celebrated birthdays with a cake and, amazingly, it’s possible to see clues on this little boy’s body that show just how much his parents cared about him.”

Ms Hughes explained how intriguing details are also being uncovered thanks to the position the boy was found in.

She explained: “A bulla was a locket given to Roman boys when they were nine days old to protect them from evil spirits and other dangers.

“But the story of this boy doesn’t end here, scientists now believe he can shed light on exactly how the people of Pompeii died in the eruption.

“The crucial clue lies in the similar, contorted positions of his and his family’s bodies, they all have their arms raised like a boxer, which is seen in hundreds of other victims in Pompeii. 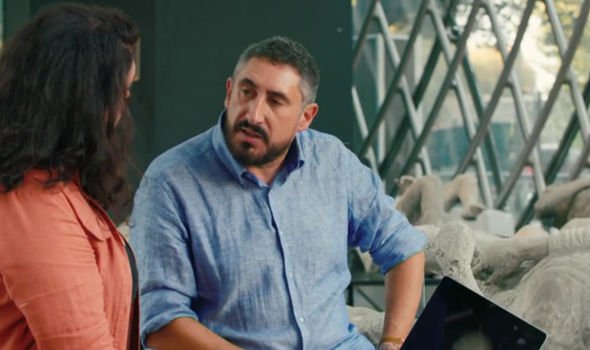 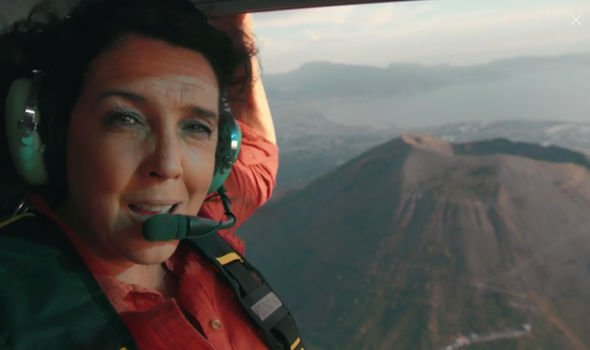 “Evidence suggests that most people, including the toddler, survived the first day of the disaster, but then the eruption suddenly changed, unleashing a deadly new force that contorted its victims into the boxer pose.”

Taking a helicopter trip above Mount Vesuvius, Ms Hughes explained the latest theory scientists have on what happened in 79AD.

She continued: “These steep, rocky outcrops point to one thing – pyroclastic flows. superheated avalanches of rock, ash and poisonous gas.

“These toxic 500C clouds exploded down Vesuvius’ slopes, located six miles from the volcano’s base, the first three failed to reach Pompeii, but then the fourth wave struck.

“This enormous pyroclastic flow, three-miles-wide, scorched a path all the way to Pompeii, and a boiling cloud of gas hurtled out of the volcano, travelling at over 100mph to the city.

“Scientists believed it sucked water from the bodies of the people so rapidly it caused their muscles to spasm into the iconic boxer pose.”