The find came during Channel 5’s new series ‘A Greek Odyssey,’ as presenter and archaeologist Bettany Hughes embarked on a journey across the Greek Islands, from the coast of Turkey – where the mythical Trojan War took place – to the island of Ithaca in the west of Greece. In the first episode, which is set to air on June 12, Ms Hughes explores the waters of the Eastern Mediterranean, where she meets underwater archaeologist George Koutsouflakis, who takes her to the site of an incredible discovery of 58 shipwrecks dating back 2,500 years. Mr Koutsouflakis revealed some incredible recent finds that help shine a light on the vast outreach of the Roman Empire, while also providing sobering first-hand evidence of dangers sailors from the ancient world may have faced on these seas.

Speaking to Express.co.uk ahead of the release, Ms Hughes said: “The Trojan War was important to the world, it was considered to be one of the big world events that shaped humanity with this massive epic battle between the Trojans and the Greeks.

“It was a fight over Helen of Troy who ran off with the Trojan Prince Paris, and all the heroes of Greece fought to get her back for 10 years.

“It was the war to end all wars, a 10-year siege and then the heroes have to try and make it home.

“One of them, Odysseus, it takes him 10 years to get back home and that massive epic journey is called the Odyssey and he had all kinds of excitement and challenges along the way.” 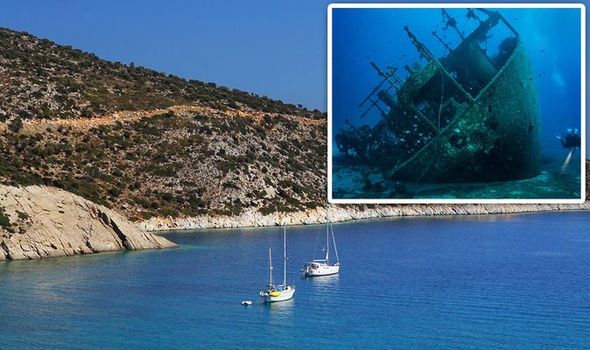 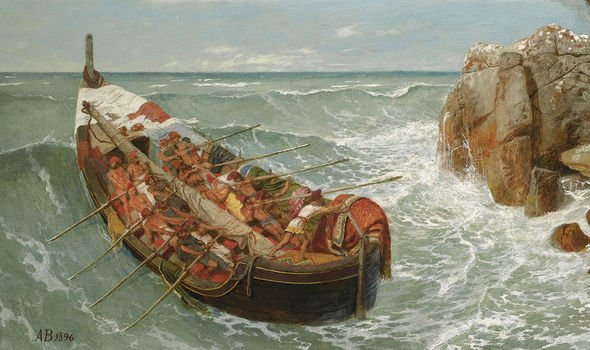 Ms Hughes went on to detail why some of the finds made by the team explain the inspiration behind this mythical story.

She told Express.co.uk: “The underwater discovery was the most amazing thing, it’s a graveyard of boats and ships, it’s one of the most treacherous parts of the Mediterranean.

“It’s quite dangerous to dive there, you need an expert archaeologist diver like him, and what we found was a late Roman shipwreck.

“The level of preservation is incredible though, you’ve got whole piles of plates still in their original state, like if you were to go into a shop and buy them today.

“What’s really fascinating about that it shows us this network of trade that stems across the Mediterranean, the Black Sea and the Middle East. 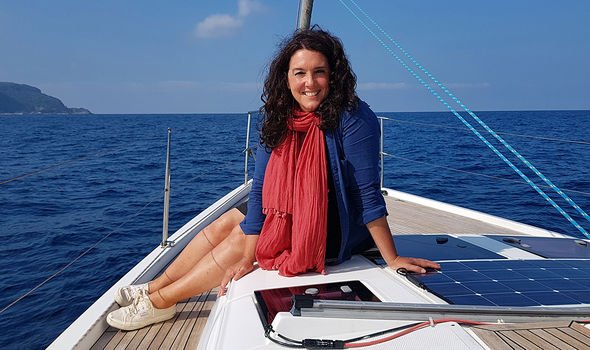 “In a way, it’s the real history of the story of the Odyssey, the same journey, the connections.”

In a preview seen by Express.co.uk, Ms Hughes can be seen travelling to the site of the recent discovery.

She tells the camera; “I’ve been travelling here for 30 years, it’s a hotspot of human history and where Odysseus’ story is set.

“It’s debated whether he was real or a mythical hero, but his journey has become the stuff of legends.

“I’m starting my 1,700-mile journey just off the Turkish coast, where I’ve been tipped-off that an underwater archaeology team is making some extraordinary discoveries revealing hidden history. 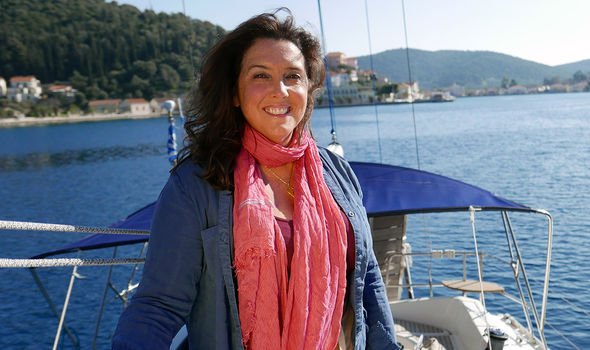 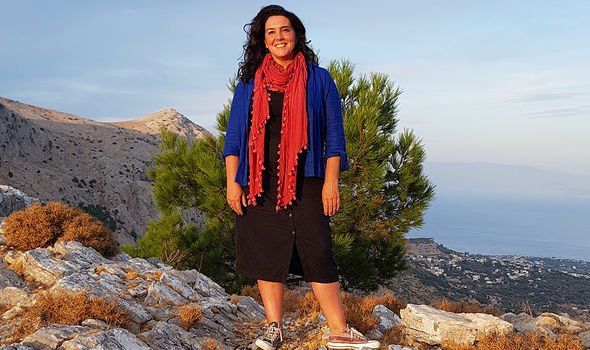 “It’s a graveyard of lost ships, 58 wrecks spanning 2,500 years litter the seabed around Fourni, these waters are as dangerous today as they were for the ancient Greeks.

“Archaeologist George Koutsouflakis and his underwater cameraman are about to explore a wreck that dates back over 1,500 years and they’ve invited me along as they dive 45 metres down to the seafloor.”

Ms Hughes also says in the footage: “George has found what is left of a merchant vessel, wrecked over 1,500 years ago, the seabed it littered with amphora, huge jars used to ship olive oil. wine and grain.

“They are astonishingly well preserved, it’s amazing that you can see a stack of plates still in their original position.

The first episode will be shown on Channel 5 on Friday, June 12, at 9pm and takes viewers on a journey through the stunning Greek Islands from the coast of Turkey – where the mythical Trojan War took place – to the island of Ithaca in the West of Greece.

Ms Hughes also revealed to Express.co.uk what viewers can expect to see in the future.

She added: “In the rest of the series, I get caught up in a storm where the waves are nine metres high.

“We also go deep into new archaeological excavations in mainland Greece of a warriors grave and gold is uncovered while we are there.

“So there are lots more archaeological discoveries and lots of everybody’s favourite myths being explored.”