The Hoyo Negro cave, which translates to ‘Black Hole,’ is located on the eastern coast of the ancient Mayan settlement in Mexico, but thousands of years ago it would have been completely dry – a 200-feet death trap for unsuspecting animals. Since then, melting glaciers filled part of the cave with water, perfectly preserves the bones of the unfortunate victims and over the past 12 years, researchers have discovered that the cavity is a treasure trove of remains from ancient animals dating back as far as 30,000 years.

The National Institute of Anthropology and History of Mexico (INAH) have revealed their latest incredible breakthrough, which includes two species never seen before – a reptile and a small feline.

The finds were made possible thanks to the Hoyo Negro Underwater archaeological project in Tulum.

The pelvis of a giant sloth bear – an elephant-sized animal that roamed the ancient Americas alongside the sabre-tooth cat and the woolly mammoth – was recovered from the natural trap, measuring approximately four feet across and weighing an estimated 80 pounds.

The exact species of the remains have not yet been determined and they are still being analysed. 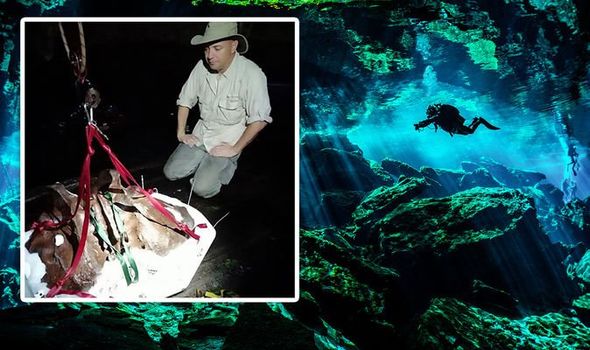 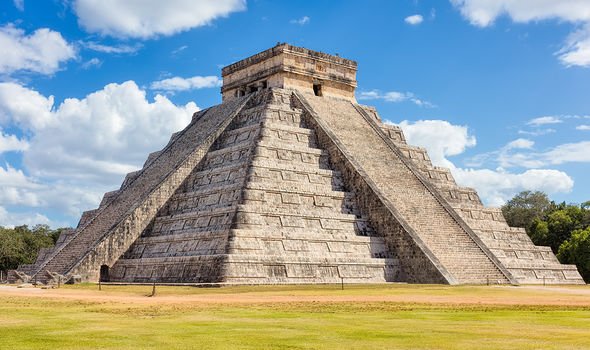 The discoveries bring the total number of species found at the site in the most recent dig to 17, with both organic material and skeletal remains having been found.

Experts say analysis of the remains will allow them to better understand what the climate in the area was like over 10,000 years ago, as well as giving them more details about the diet and the mobility pattern of both fauna and megafauna.

They also hope the findings will shed light on how humans, like ‘Naia,’ the only human skeleton uncovered at the site, lived almost 13,000 years ago.

Helena Barba Meinecke, the researcher in charge of the Yucatan Peninsula office of the Sub-Directorate of Underwater Archeology (SAS) of INAH said: “An important point will be to promote the transmission of technological and technical advances that have been generated since 2011, through the creation of capacities. 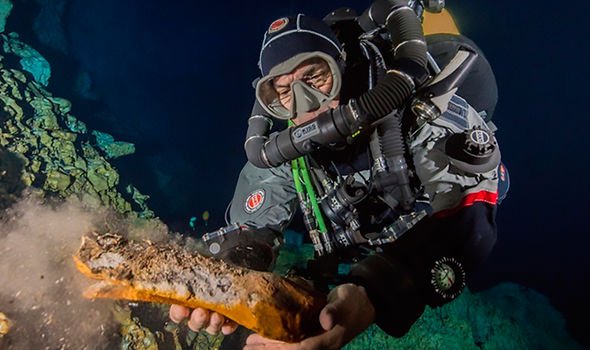 “As well as the simultaneous dissemination of knowledge, with the goal of encouraging new cadres of young people to train as professionals specialised in the investigation and conservation of the submerged archaeological legacy of Mexico and the world.”

The project was created and co-coordinated by archaeologist Pilar Luna Erreguerena in 2011, and it involves researchers, divers and scientists from various specialities and nationalities.

The teams used cutting edge technology such as 3D models of the cave and the tunnels that lead to it, allowing them to make such exciting find. 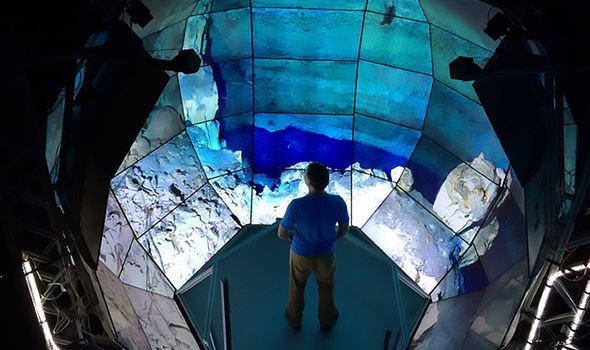 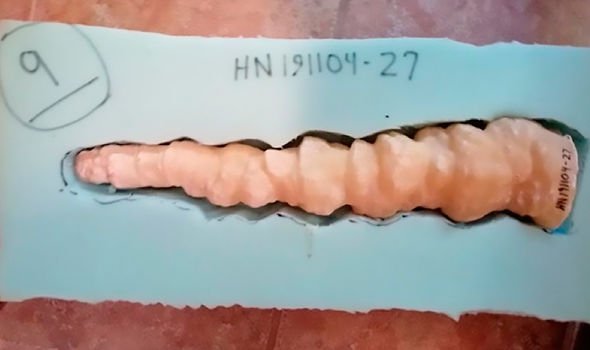 Among the remains already found at the site are a tree porcupine skull, the first fossil of this type ever reported from the Pleistocene in Mexico, and the skeletal remains of tigers, elephant-like gomphotheres, tapirs, peccaries, canids and opossums.

Most of the recovered materials are kept in the Centre of Excellence in Palaeontology of East Tennessee State University.

They are located here in order to undergo analysis while other remains are being studied at the DirectAMS laboratory, in Bothell, Washington.