Such beasts were more synonymous with ancient Mediterrenean cultures, who combined remains of animals to form mythical creatures. Examples included the half-lion, half-goat chimera or the half-lion, half-eagle griffin. But similar remains were found in the UK in Winterborne Kingston, Dorset. The startling find raised questions about the possibility that Britain’s ancient Celtic population had hybrid-animal monster myths similar to those of the ancient Greeks, and Egyptians.

The Dorset ‘hybrids’ all discovered by archaeologists from Bournemouth University, included a cow which, after probable sacrificial death, had had its own legs removed and deliberately replaced by four horse’s legs.

There was also a sacrificed sheep with two heads – its own somewhat fragmentary one and, protruding from its hind end, that of a bull.

Among the finds was a horse with a cow’s horn protruding from its forehead – with the horn pointing inwards, as well as a cow’s upper leg bone with a horse’s hoof.

They also found two bizarre examples in which a jawless cow skull had been deliberately paired with a horse’s lower jaw. 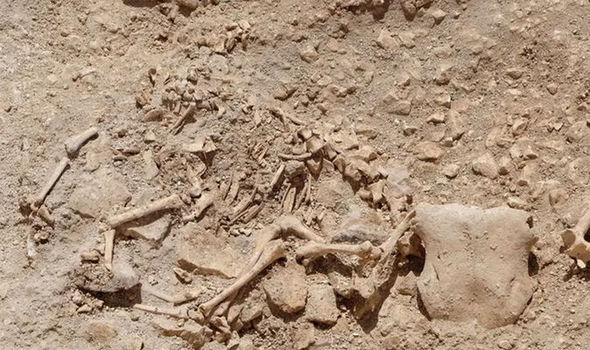 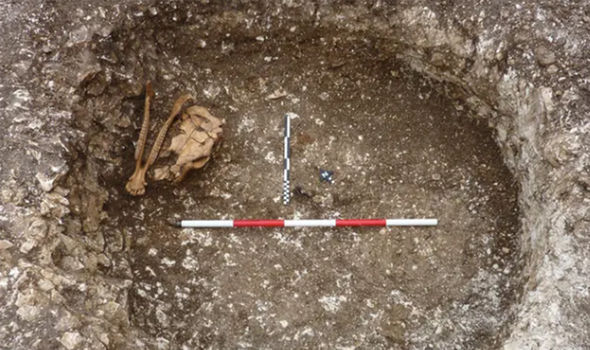 Another find was a complete dog with three cow lower jaws radiating from it.

One of the strangest discoveries saw animal remains paired with a human skeleton.

The young woman appeared to have been sacrificed, as archaeologists found evidence indicating that her throat had probably been slit.

She was then buried on a “bed” of specially arranged cattle, sheep, dog and horse bones. 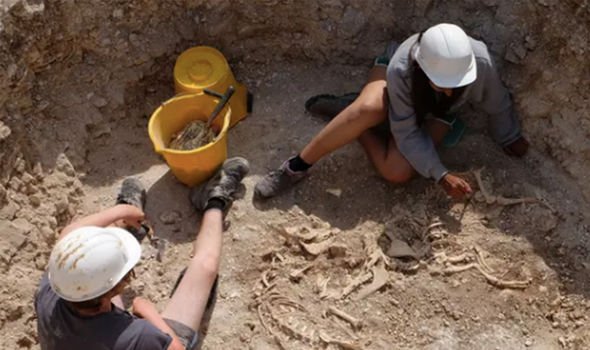 Significantly these animal bones had been deliberately sorted to mirror the bones of the dead woman.

Dr. Miles Russell, the Bournemouth University archaeologist who has been co-directing the excavation in 2015, said the finds “transformed” his team’s understanding of the time period. 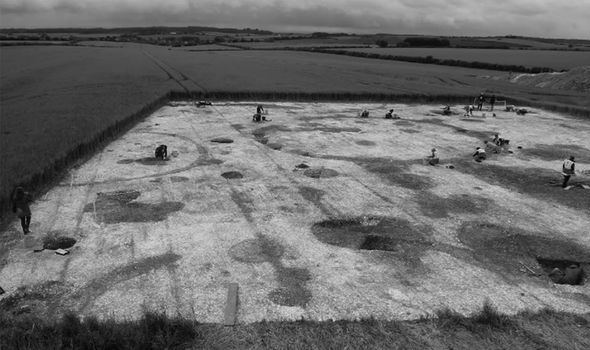 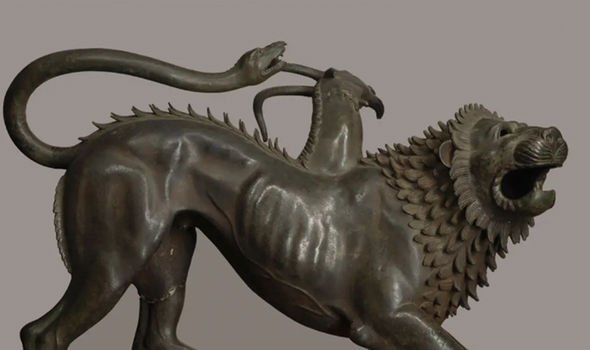 He said: “The discoveries are helping to transform our understanding of key aspects of Late Iron Age Britain – the type of society that existed just a couple of generations before the Roman conquest.

“Our investigations at the site suggest that life there was peaceful and prosperous.

“Although the settlement was relatively large, there appears to have been no defensive palisade or ramparts.

“The sacrifice of so many animals and the unusual treatment of their bones is likely to shed totally new light on Iron Age belief systems – and may suggest that the Ancient Britons had beliefs or mythologies which involved hybridized animals, just as the Ancient Greeks had.”