The remains, thought to be of a princess, were found inside an oak coffin as she was positioned with her arms resting by her sides. The burial site was a rectangular pit measuring 9.4ft by 3.6ft, and she had her jewellery and pottery placed near her head.

The team of archaeologists recognised the mark of the coffin in the ground as well as the remains near Saint-Vulbas, about 20 miles from Lyon, France.

She was one of three people buried on the site during the First Iron Age in the 8th century BC.

Her tomb was one of three burial mounds found at the site.

Human remains found in one of the other burials suggested the person was cremated.

Another tomb appears to have been dug in the 5th Century BC, together with a four-post funerary sculpture surrounded by a shallow ditch. 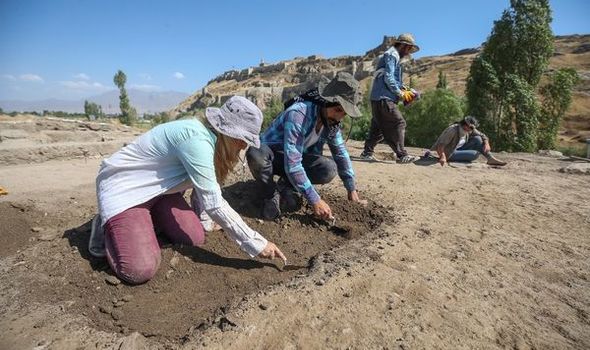 She was wearing bracelets with blue glass and copper beads on both wrists, according to archaeologists from the National Institute for Preventive Archaeological Research (Inrap).

It is also suggested she was wearing a belt as a clip made of copper alloy was also found.

The remains found include fragments of the woman’s pelvis, both femurs, parts of the skull, and the sacrum.

The tomb has two sides, with both sides containing cremated human remains. 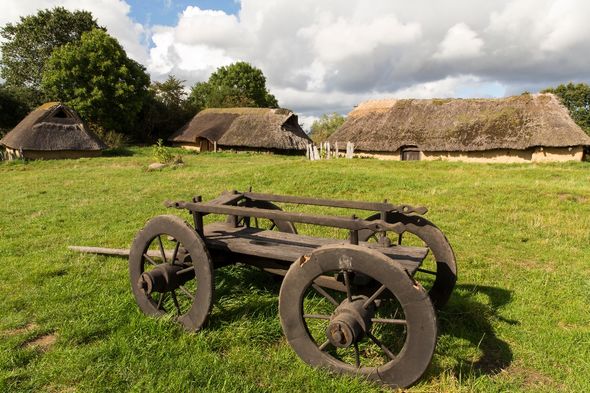 In one half, what might have been a wooden box lined with limestone containing washed bone and bracelet fragments were found.

Archaeologists believe that an empty gap next to this could have been used for offerings of perishables, such as food.

In the other half, bones mixed with charcoal from the funeral fire were kept inside a basket-type storage.

The bones are too deteriorated to determine the gender of the cremated person, but accessories found there, such as an iron belt clip and a copper alloy bracelet, suggest it was a woman. 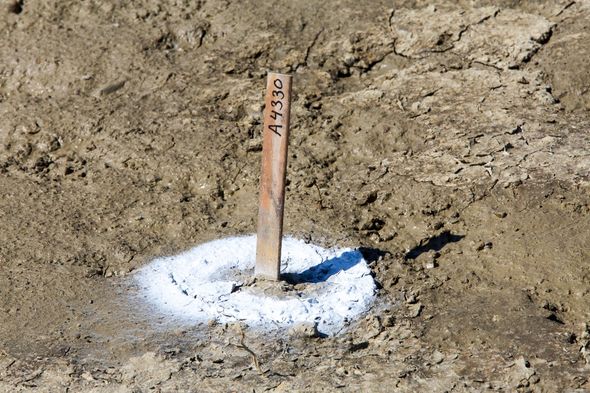 The discovery was made when workers began digging uo the soil to build Plaine de L’Ain Industrial Park.

The people in the burial mounds lived in the area when the Halstatt culture, known for its fine devices and dedication to farming and metal working, was prevalent in southeastern France and most of Europe.

By 800 BC, long-range trade itineraries had been set up for the commercialisation of copper, tin and iron, connecting the region to the Mediterranean.

It was also the period when people began to build hill forts, using walls and ditches that would stop rival clans from entering. 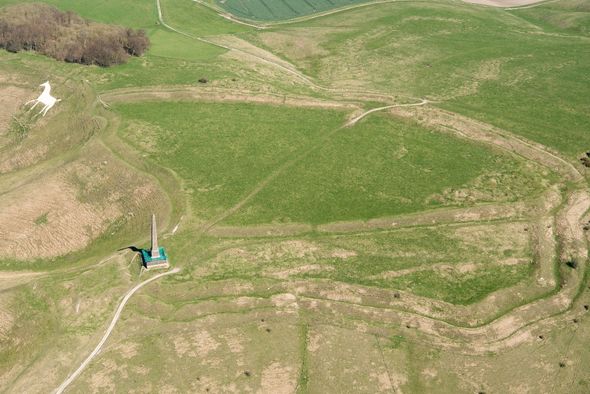 Hundreds of bodies mummified in bogs have been discovered from around this time, with many succumbing to violent deaths.

One such body – the Tollund man from the 4th century BC – was so well preserved when he was discovered in Denmark that he was thought to have been killed recently.

He was hanged, the rope left sever injuries in his neck.

Another – the Lindow man, found in Manchester, England – was thought to have had his throat cut open and to have been whipped with rope made from animal parts before he was thrown into a bog.