TOKYO (Reuters) – At the beginning of April, a young Japanese sumo wrestler known as Shobushi came down with a fever. His coaches tried calling a local public health centre to get him a coronavirus test, but the phone lines were busy. 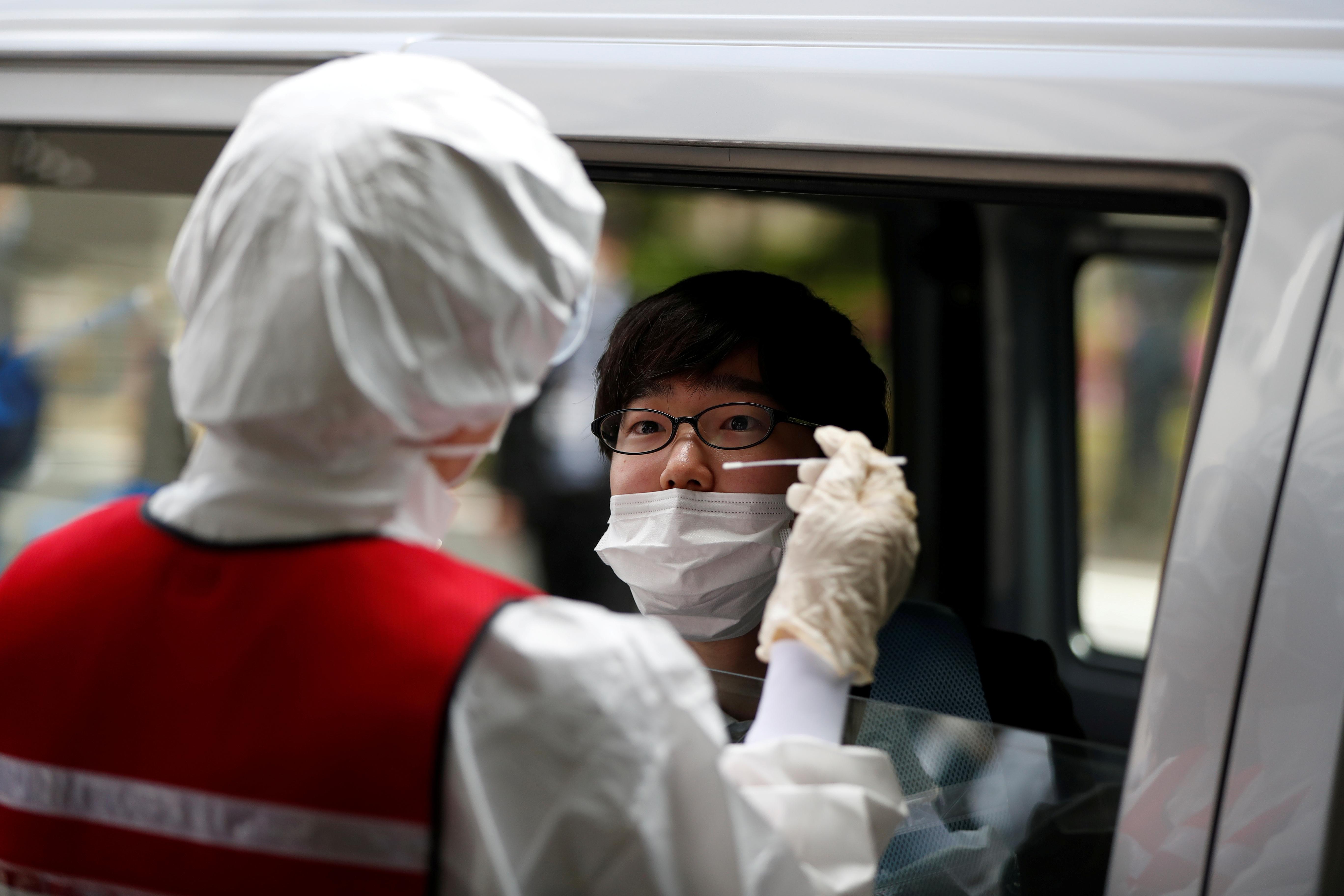 For four days, he was turned away by clinics in Tokyo overwhelmed during a surge of COVID-19 cases. He was finally admitted to hospital on April 8 when he began coughing up blood, but died of the disease on May 13, the Japan Sumo Association said.

Shobushi’s death caused a public outcry over Japan’s testing limitations and reliance on overstretched public health centres at a time when most experts say widespread virus checks are crucial to contain the pandemic.

With Japan lifting its state of emergency and reopening its economy this week, its pandemic response has been hailed as an unlikely success. In a global death toll of more than 300,000, Japan has confirmed around 800 deaths from 16,000 cases.

Yet at the same time, Japan ranks the second lowest in its testing among OECD countries.

In more than a dozen interviews with Reuters, public health officials, doctors and experts warned Japan’s slow scaling up of tests could mask the scale of infections and make its population vulnerable to future outbreaks.

“It is true that announced figures for infection and deaths are low, but those are based on the tests that were curbed,” said Yasuharu Tokuda, the director of the Muribushi Okinawa Center for Teaching Hospitals. “It is clear that there are quite a few (cases) that have fallen through the cracks.”

Even the government’s top advisor, Shigeru Omi, told parliament “nobody knows” whether the true number of coronavirus cases “could be 10 times, 12 times or 20 times more than reported.”

Omi’s panel of experts has called on the government to speed up testing, including of people with mild symptoms.

The health ministry said it is ramping up the use of private labs to reduce the workload on public health centres.

“Our stance that tests should be conducted on people in need has been consistent from the beginning. We have had testing capacity increased continuously,” Takuma Kato, a senior health ministry official, told Reuters.

Japan says it can run up to 22,000 PCR tests a day, but less than a third – around 6,000 tests – are actually conducted on a daily basis. About 75% of tests have been processed through public health centres and government institutions, according to the health ministry.

In a previously unreported May 6 letter, the association of public health centre directors urged Katsunobu Kato, the minister of health, to overhaul Japan’s testing policy.

“Currently, there are not enough PCR tests conducted for the coronavirus,” they wrote in the letter seen by Reuters.

“If we can make good use of resources at places like university labs, PCR testing can exceed 100,000 (per day), far more than 20,000,” Yamanaka said in an internet TV debate with Prime Minister Shinzo Abe on May 6.

The health ministry welcomed his proposal, but said further considerations were needed.

“We are grateful for their offer of help at this time of emergency. We want to work together, carefully matching our needs to their offer,” Masami Sakoi, the assistant health minister, told Reuters.

Critics say testing was limited, in part, by health ministry technocrats who wanted to maintain a tight grip on information, rather than cooperate with private institutions.

The health ministry denies suggestions that ministry technocrats are intentionally curbing testing, and say their approach has proven successful so far.

Sakoi from the health ministry said it was important to carry out PCR tests that doctors deemed necessary, and pointed out Japan’s public insurance system started covering the tests in March as part of the government’s effort to make them more accessible.

“When we think about using the test results to form policy measures, the current method needs to be maintained for the time being though concerns that it lacks flexibility for boosting the number of tests is understandable,” Sakoi said.

Still, the approach is alarming some experts.

“It’s safer to assume that Japan has just been lucky than to believe it has taken the right steps,” said Tokuda, the epidemiology expert.