A 10ft-long (3m) great white shark has attacked and killed a 60-year-old surfer off the coast of Australia, police have said.

Several surfers tried to help the man after he was attacked in the waters off Salt Beach in South Kingscliff, New South Wales, just after 10am on Sunday.

Two men fought off the shark before taking him onto the beach, where he was given first aid for serious injuries to his left leg. 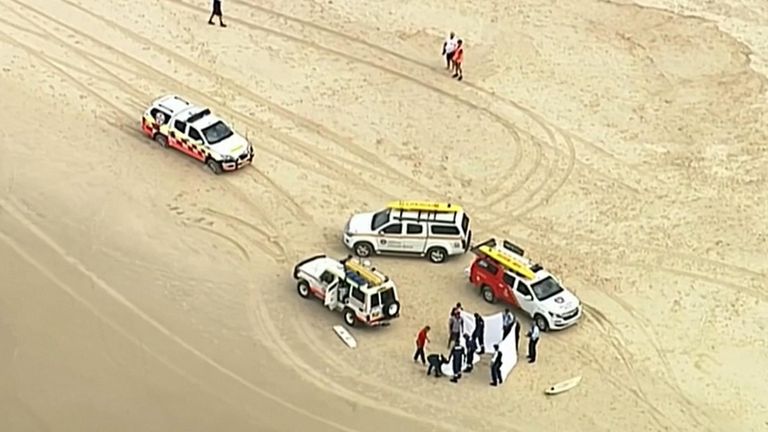 Despite their efforts, the man, from Tugun, Queensland, died on the beach, police said.

Nearby beaches were cleared of swimmers and surfers, and will remain closed for 24 hours.

New South Wales Police Detective Inspector Matt Kehoe told reporters: “The male was taken out of the water with the assistance of some other surfers in the area. But tragically he has passed away at the scene. He suffered a significant injury to his left leg.”

He called the action of those who had tried to save the victim “nothing short of heroic” and said the shark had been spotted “on a number of occasions just off the shore”. 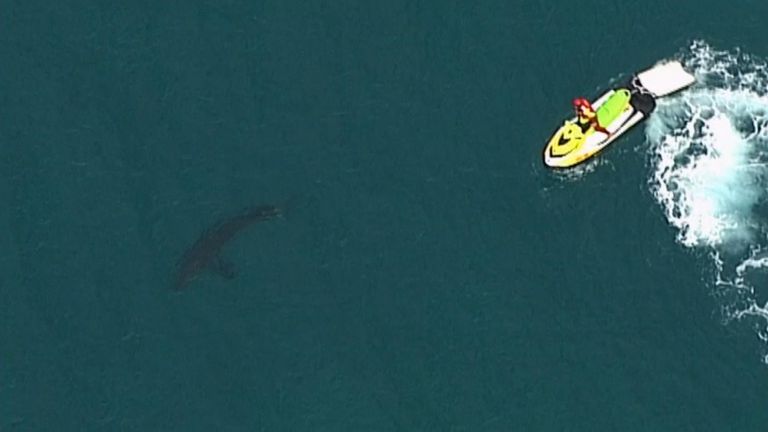 Stuart Gonsal, who lives in Kingscliff, had just arrived at the beach to go for a surf when he found out about the horrific attack.

“We came down and we hadn’t got in the water and police were immediately hauling people in,” he told ABC radio.

“We found out there was a fatal shark attack on the south side of the rock wall.

“We were going to get in, we’re not going to now for sure.”

Paramedic Terry Savage said the man’s injuries were “significant” and the scene was “very confronting”.

“Unfortunately there was nothing else we could do,” he told ABC.

He said the two men who fought off the shark and helped the man to the beach were “amazing”. 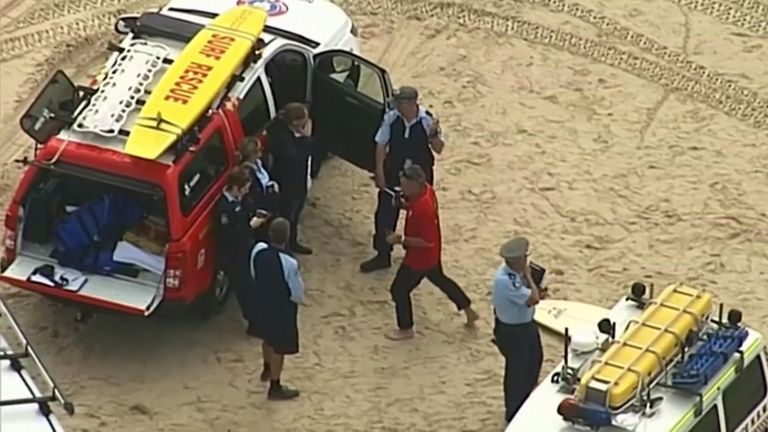 Police said they are trying to formally identify the man and are still trying to contact his family.

Sunday’s attack is at least the third fatal shark attack in Australia this year.

In January, a diver was killed near Esperance off Western Australia’s coast.

In April, a shark mauled a 23-year-old wildlife worker on the Great Barrier Reef.